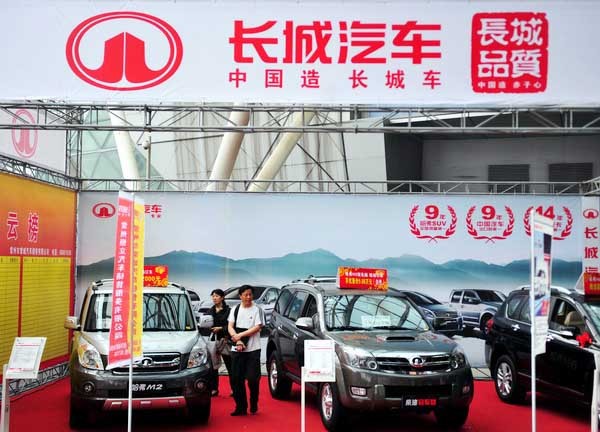 Unaudited net profits in the months leading up to June hit 2.36 billion yuan ($374.6 million), compared with 1.81 billion yuan during the same period last year, according to a report posted on the Shanghai Stock Exchange’s website.

The company’s sales kept double digit growth in the first half although China’s auto market slumped because of the slowing economy, the removal of subsidies and tighter rules on new car registration.

The automaker’s sales grew 17 percent from one year earlier to 279,300 units in the first half. The company’s Haval series was one of the most-purchased SUVs in China in the first six months, with sales surging 41 percent year-on-year to 110,000 units.

Great Wall C30 was also a best-selling model due to its competitive prices. Its sales reached 680,000 units in the first half. Shares of the Hebei-based automaker rose 1.8 percent to open at 16.02 yuan Wednesday.