Peugeot 2008 will hit the China car market in April 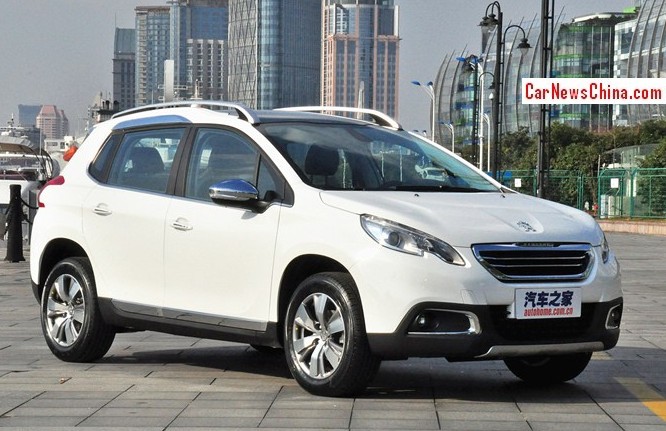 This is the new China-made Peugeot 2008 SUV, seen here on the Bund in Shanghai. The 2008 will be launched on the China car market in April. The Peugeot 2008 will be made in China by the Dongfeng-PSA joint venture to compete with cars such as the hot selling Ford Kuga, the Buick Encore, and Nissan Qashqai. 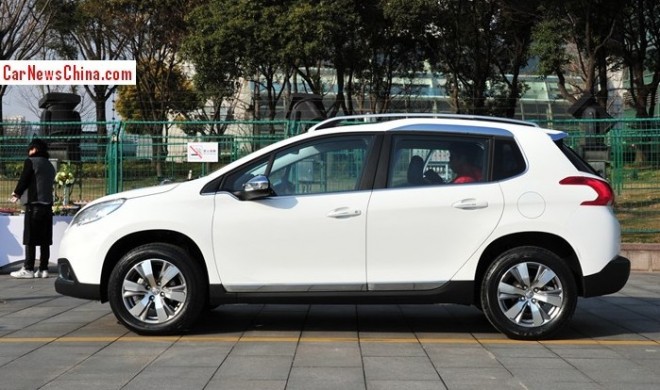 The 2008 is only the second SUV that Peugeot is manufacturing in China after the 3008. But the French have big plans for the future with the 4008 and the China-only 6008 waiting in line to conquer the Chinese SUV market. When you want to win in China you need SUV’s, lots of SUV’s, of all sizes and kinds. 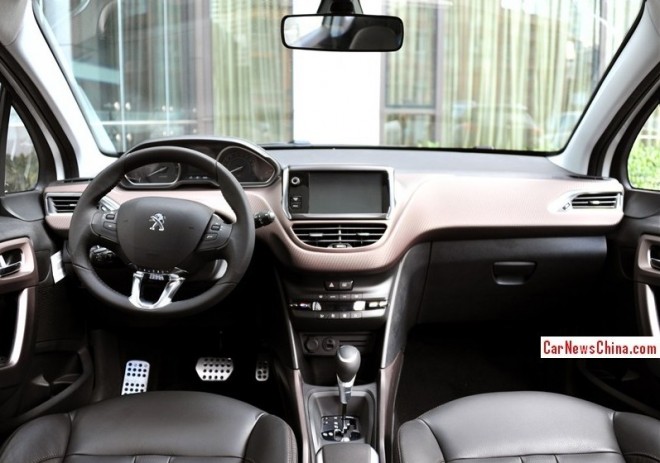 Remarkable dashboard architecture with a high instrument pod and a large screen in the center console. Chinese car buyers will love the chrome bits, especially the huge bars in the steering wheel. 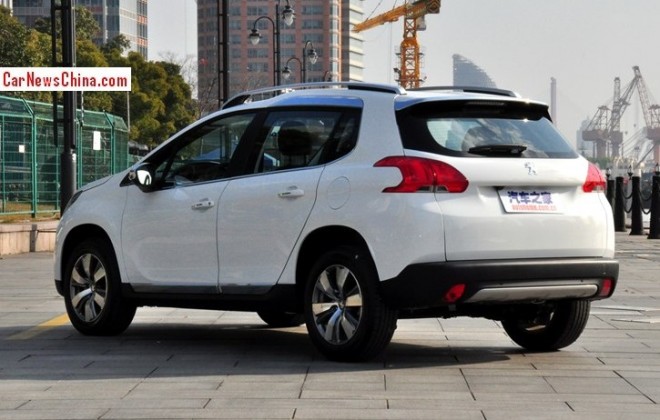 Not much chrome at the back, but is has roof rails, which are very fashionable in China.