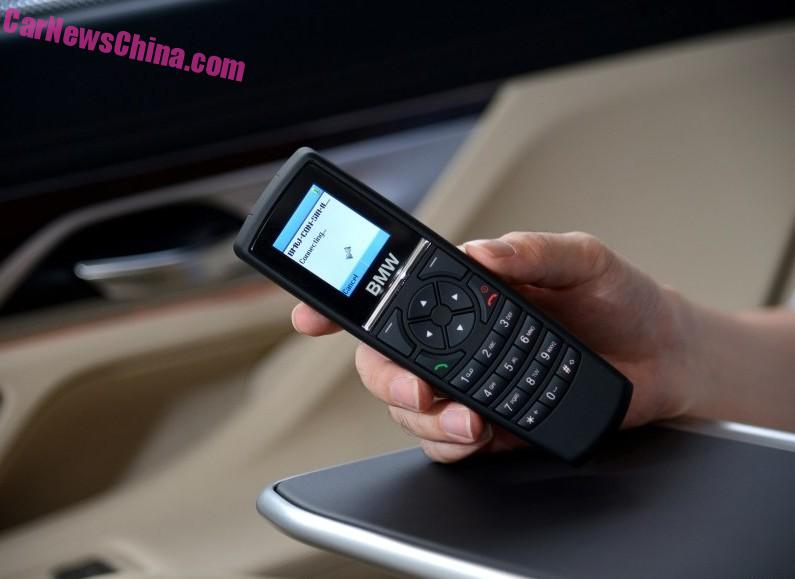 The 2016 BMW 7-Series has been launched on the Chinese car market. Price starts at 1.18 million yuan and ends at 1.98 million yuan ($187.000 – 313.000). China is the third most important market for the Seven worldwide, after the United States and Germany. The 750 Li top model comes standard with an old school car phone, in 1993 Nokia style, with a tiny tiny screen, big buttons, and a BMW sticker.

The phone’s location is as idiotic as the phone itself. It is located deep inside the armrest between the rear seats, sitting next to a foldable tray table. Not easy to get when it rings. But at least it is wireless. 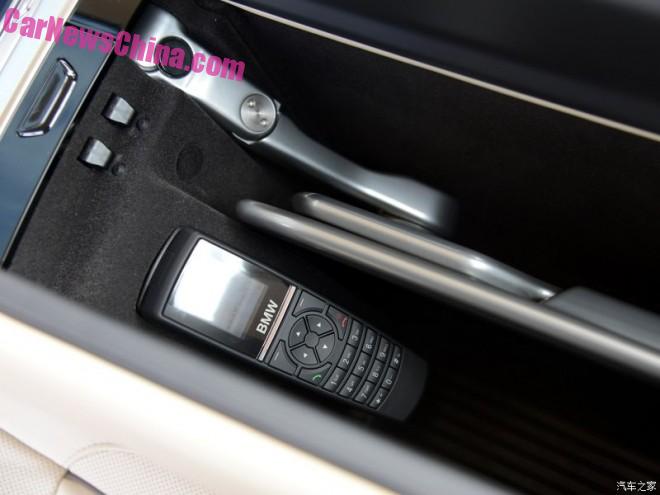 This is the kind of phone that people used in this way:

A car phone was a phone that was wired to your car. They were very common in the 1980’s and 1990’s before the rise of the mobile phone. You could use it in your car to make phone calls. You could not take it out of your car.

Wuzzily; the car phone in the 2016 BMW 7 looks like a 1989 Nokia mobile phone. But it too can only be used inside the car, no matter no wire.

Nokia was a Finish cellphone company dominating the market from the 1990’s and early 00’s. They completely missed the smartphone revolution because they all got drunk in their sauna’s doing wide eyed Russian hookers (they sneak over the border at night). Apple and Samsung then murdered Nokia. 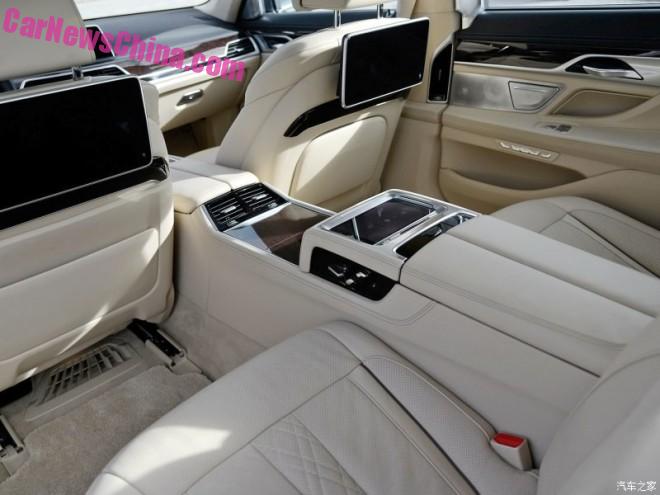 The rest of the interior looks proper 2013. The S-Class seems a light years ahead of this thing, a car of the faraway future almost. Look for example at the air vents on the center tunnel. Mercedes-Benz would never make them look that crappy. And check that vent under the seat! What is happening in Munich..? 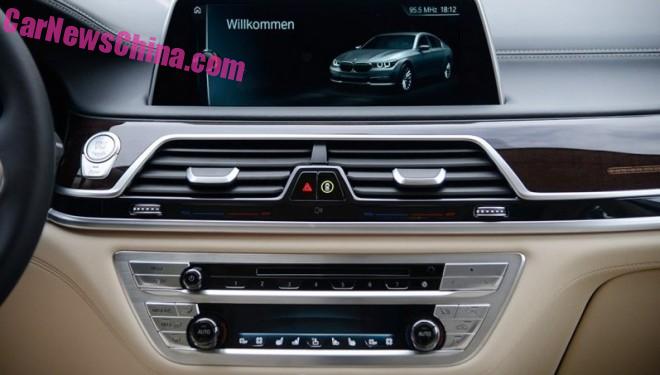 And there is more. The 2016 BMW 7-Series comes with a… CD player! A CD player is a device for playing CD’s, short for compact discs. A CD is a polycarbonate plastic disc (hence the name) that was used for storing music, a whole 700 megabyte of it. There was also a variant for storing video, the VCD, and one for storing data, the CD-rom. CD’s rose to prominence in the 1990’s and were on top of their might in the early 00’s. They have since been replaced by portable hard drives and flash drives. 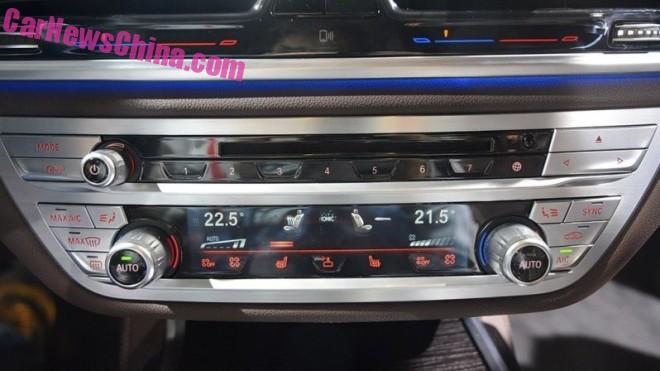 BMW however didn’t get all that. The CD player is located above the aircon control panel. On the left a separate power on/off button, and on the right the eject button.

We are not done yet. Note buttons 1 to 7 under the CD tray. They are for storing radio stations. Real radio stations, with sound coming from over the air waves, caught by the antenna. BMW only allows seven stations to be stored in the 2016 Seven. No more, seven it is. 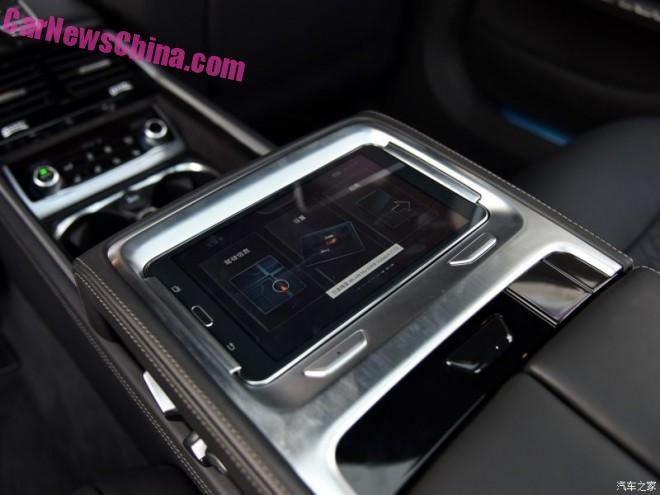 We are almost done. This fancy touch screen is located in front of the arm rests that houses the super duper car phone. In front of it, albeit at a lower level, are two cup holders. In front of those, with the wood panel removed, is the aircon control unit, and in front of that are those damn ugly vents.

The touch screen, which we think does look properly 2015, controls the functionalities of the two infotainment flat screens that are attached to the front seats. The position of the touch screen is not very convenient. Passengers have to twist their entire body to reach it. But that is just that. Worse: the fancy touch screen does not control the not-so fancy CD-player and radio. What does..? 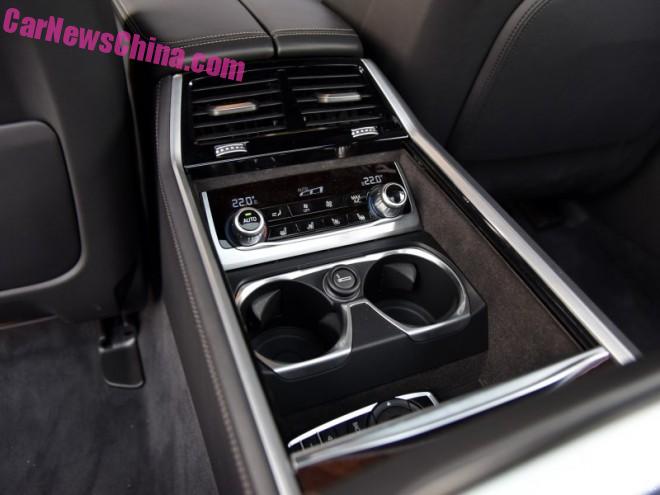 A closer look at the central part of the center console. Two cup holders. A clearly marked cigarette lighter, in itself very 2005, then the aircon controls, and then the damn ugly fans. Those do not control the CD player and radio either. What does..? Does the passenger have to ask the driver to change a song? No. It is not that bad. Check the space in front of the cup holders. What is hiding there? It is black with a shiny edge. Isn’t that… No f******g way! 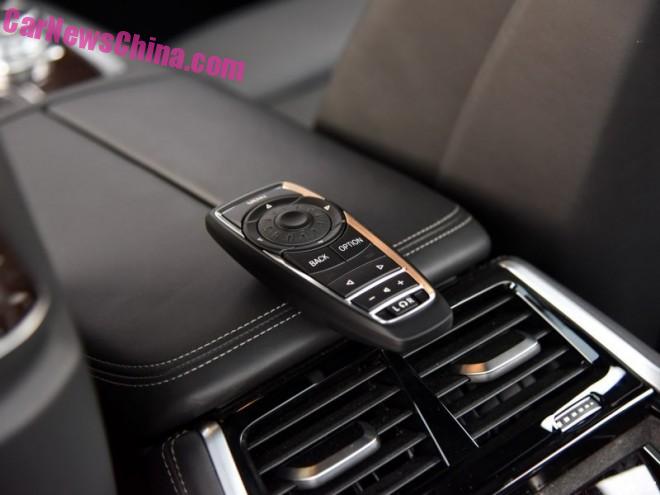 Well, f******g way it is. The CD player and radio are controlled from the rear seats by a loose lying remote control that looks just as 1993 as the car phone. It even has a little button for the left-rear balance of the stereo sound. Incredible, just incredible. This car is a bloody antique store! 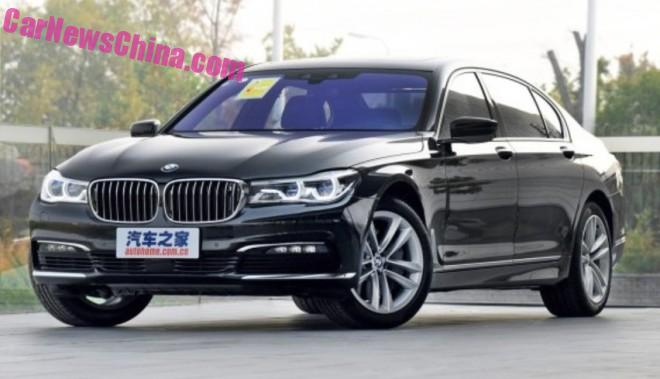 A very careful evolution of the previous car. Non-BMW specialists won’t see any difference. New headlights, right? Maybe. Nice alloys. In China the Seven comes in only two kinds: the 740Li with a 326hp twin-turbo six, and the 750Li xDrive with a 449hp twin-turbo V8.

We bet we won’t see many on the road.