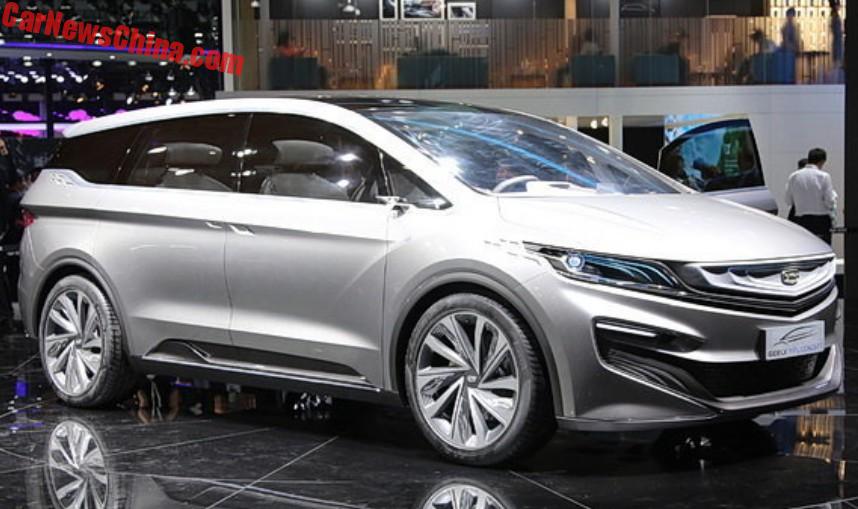 Geely has launched an MPV concept on the Shanghai Auto Show in China. It is called the ‘MPV Concept’, a name not very original but certainly easy to remember. The MPV Concept previews an upcoming Geely MPV, which might as well be called ‘Geely MPV’. 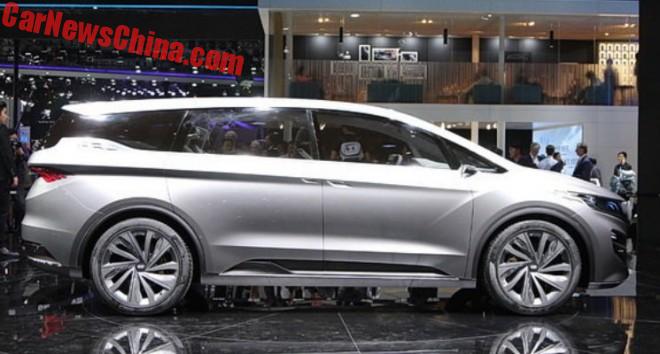 The vehicle sure looks stylish with a sharply raked windshield, a pronounced crease on the side, a shoulder lines that goes over the rear lights, and a ‘floating roof’ D-pillar.

The company has not disclosed a single specification for the Concept MPV. It seems about 4.8 meters long. There are suicide doors and very large wheels. 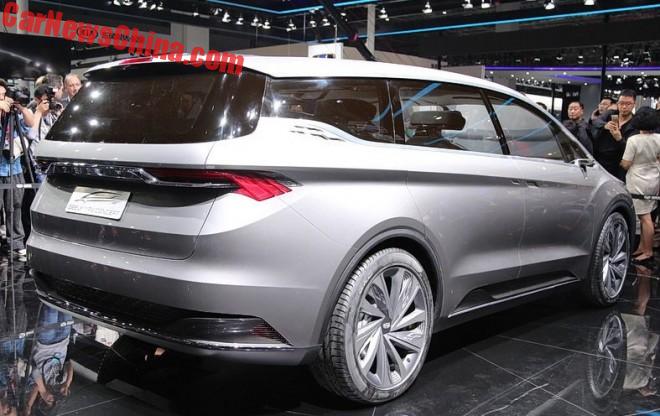 The lights are hiding; beautifully done. 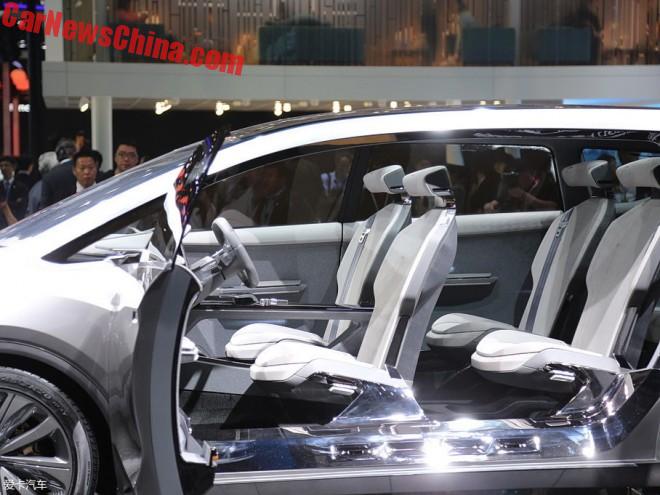 Lost of shine on the door sill and seat frames! 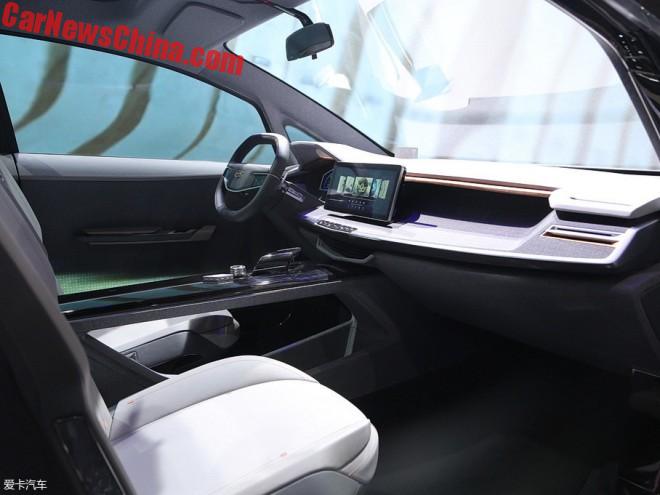 Simplicity is fast becoming the new trend for interior design in China, and Geely joint the fray. Simple lines, fine materials, and an almost complete lack of buttons. 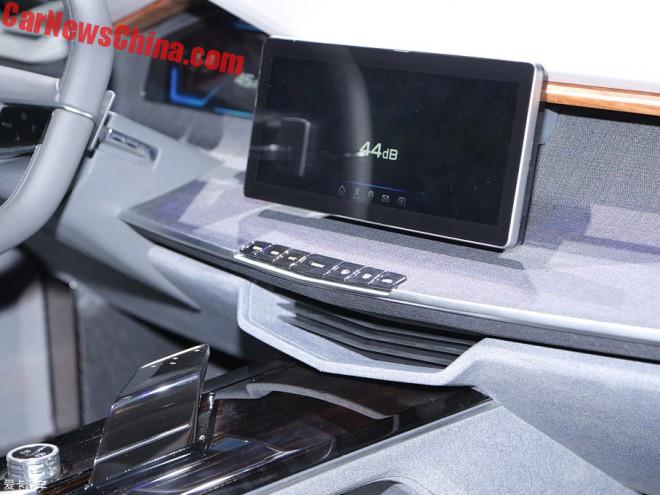 The drive selector buttons are located on a glass ‘handle’ sticking out of the center tunnel, which is covered with a smooth dark wood panel. Touch screen stands on top of the stack, it seems to be a 12-incher. Instrument panel is digital. 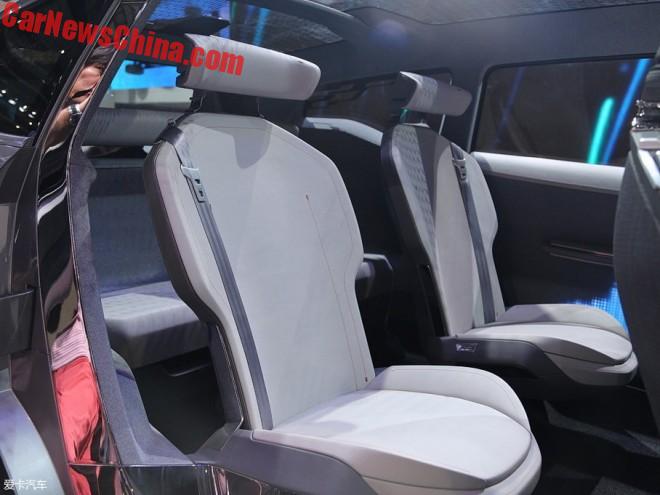 Seat design is simple as well, in a very elegant way. Geely says the concept has six seats in a 2/2/2 setup, so bench in the back is apparently too small for three. 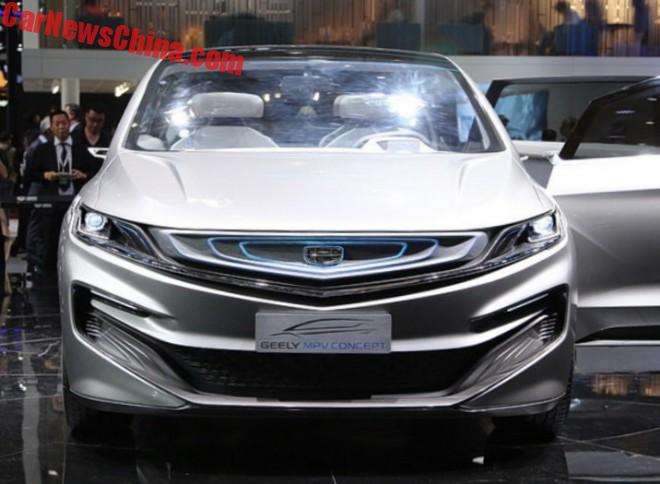 The typical Geely grille with a small logo in the middle. The grille is closed and there are blue lines. This usually points at something PHEV or EV, but again; they haven’t released any information that could confirm that. 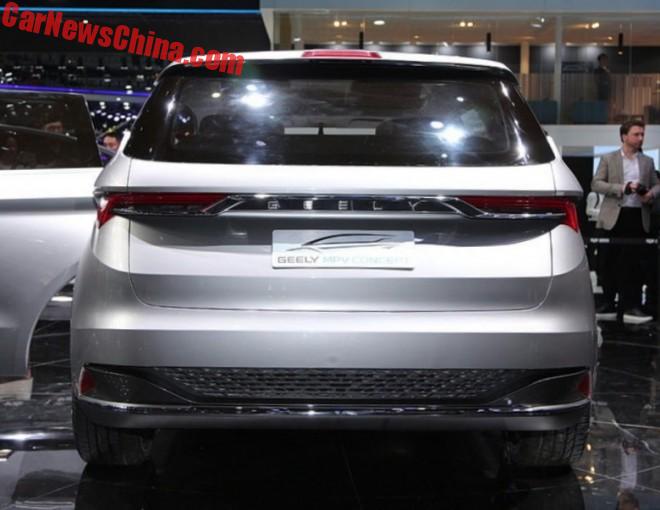 The rear end is clean with the third brake light mounted high atop the window. 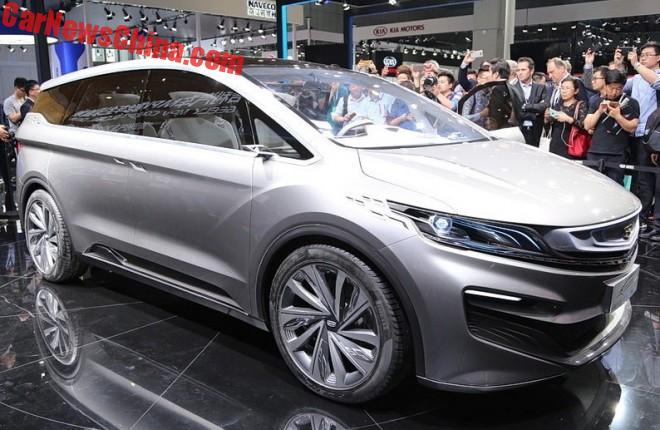