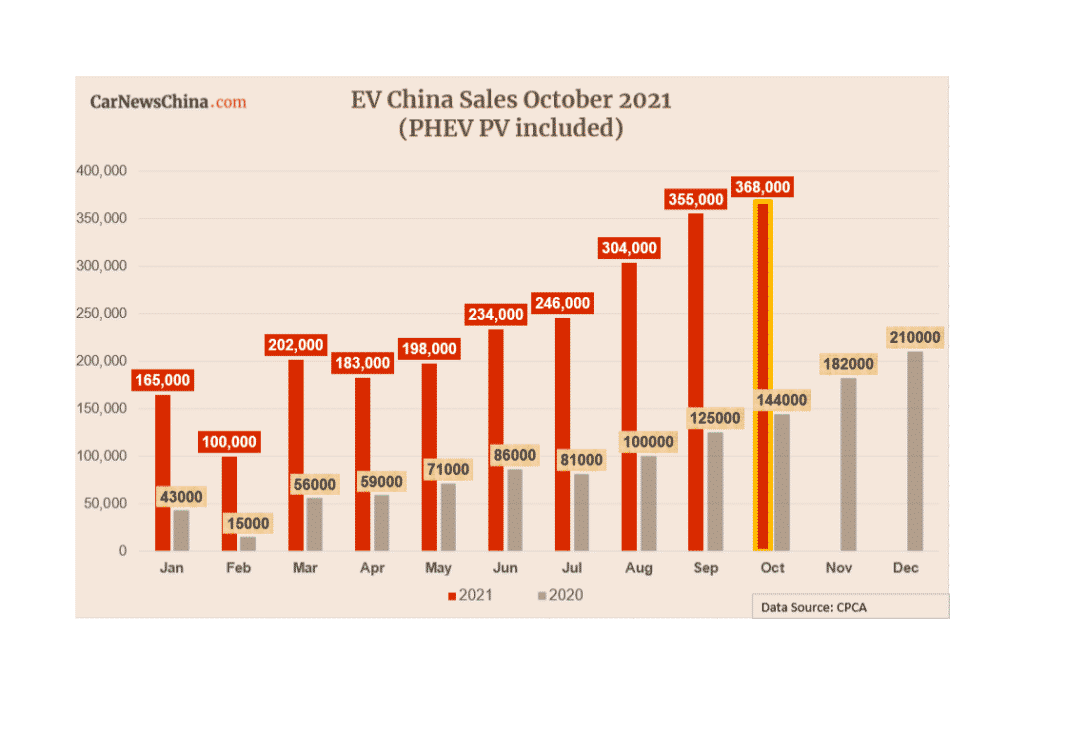 The report shows that China’s new energy passenger vehicle wholesale sales reached 368,000 units in October, a month-on-month increase of 6.3% and a year-on-year increase of 148.1%. New energy vehicle (NEV) is a term of Chinese government including EVs, PHEVs, and fuel cell vehicles (hydrogen). The data above refer only to NEV PV (passenger vehicles).

In October, the retail sales of new energy passenger vehicles in China reached 321,000, a year-on-year increase of 141.1% and a month-on-month decrease of 3.9%.

In October, BYD’s sales of plug-in hybrid vehicles continued to rise to 38,641 vehicles, an increase of 17% from the previous month.

CPCA pointed out in this report that looking forward to the fourth quarter, China’s auto market is still facing the contradiction between the strong demand for the passenger car market and the bottleneck of chip supply.

In an interview with the National Business Daily, Cui Dongshu said that China’s chip shortage problem gradually improved since the end of September, which has promoted the increase in new car production and sales in October.

Cui Dongshu said that the wholesale volume of passenger cars in China this year is expected to decrease by about 1.5 million due to the lack of chips and other factors, and the growth rate is expected to be 5%.