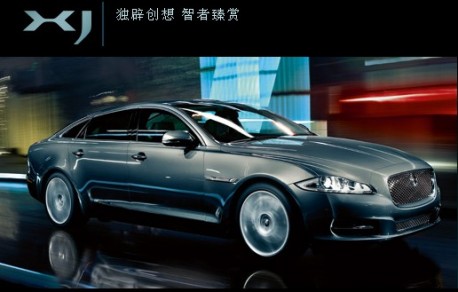 Bob Grace, president of Jaguar Land Rover China, said the company knows the importance of the Chinese market and promised continued expansion of dealer networks to bring the best products and services to local customers.

Another Jaguar showroom by Yanyingjie is set to open soon in Tianjin, where the company expects to sell about 200 Jaguars this year, Zong said.

Jaguar Land Rover now has about 60 dealer outlets in the country. By the end of this year, the company hopes to have 100, he said.

Along with the expanding dealer network, Jaguar Land Rover set up a training academy in Shanghai last July, its first in the country. Another is planned for Beijing in the first half of this year, the company said.

Jaguar Land Rover also has parts distribution centers in Beijing and Suzhou. A new warehouse will be built in Guangzhou early this year to respond more rapidly to after-sales demands from dealers and customers, the company said.

China is now the third-largest market for Land Rover and the fourth-biggest for Jaguar.

Media reports said that Jaguar Land Rover has plans for local production in China and has been in talks with potential Chinese partners for the past few months.

Grace admitted that the company is “doing some evaluation work”. But he said “the project is still very confidential” and declined to offer details.