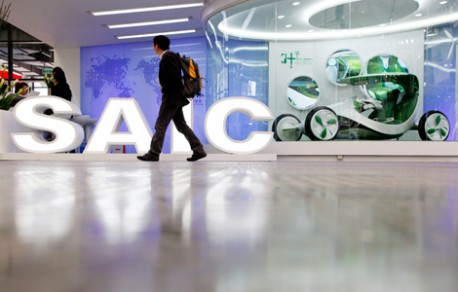 Top Chinese automaker SAIC Motor Corp reported a 46.1 percent gain in its first-half earnings thanks to brisk sales of Buick and Volkswagen models made at its Shanghai ventures.

SAIC is expected to register double-digit earnings growth for the full year, industry observers say, as pricier models made in partnership with Volkswagen and General Motors stay solid despite a cooldown of the world’s biggest auto market.

“People are not motivated to buy cheap, local brands after the tax incentives for small cars are gone. But most foreign automakers are holding up pretty well as people are turning to bigger and more expensive cars,” said Feng Yong, an analyst with Guodu Securities.

Beijing in 2009 introduced tax incentives for small cars and handed out subsidies for farmers who traded in old, oil-guzzling vehicles for more fuel-efficient ones.

China scaled back those incentives in 2010 and scrapped them completely at the end of last year.

In a stock exchange filing, SAIC warned of challenges in the second half, such as inflation hurting consumer confidence, but expressed optimism about growth in lower-tier cities.

SAIC, which earns roughly 60 percent of its sales from two car ventures, sold over 2 million vehicles in the first half, up 13 percent from a year earlier, vastly outpacing a 3.4 percent gain of the overall market.

From January to June, SAIC reported a net profit of 8.6 billion yuan ($1.28 billion), compared with 5.9 billion yuan a year earlier.

The result beats an average forecast of 8.1 billion from three analysts polled by Thomson Reuters.

Earnings of Warren Buffett-backed BYD plunged 89 percent to 275.36 million yuan during the period as it struggled to build on the success of its once-popular F3 sedan.

China’s sizzling auto market has cooled since Beijing stripped away the stimulus measures and steps by local governments to restrict car sales and tackle traffic gridlock have also dampened demand.

Ironically, it is the indigenous brands — which dominate the small car segment — that suffered most.

From January to July, combined sales of Chinese cars inched up less than 5 percent year on year, with sales of BYD plunging nearly a fifth.

SAIC’s popular Roewe sedans and once hot-selling minivans and pickup trucks made at its majority-owned venture with GM in south China also lost their shine.

By contrast, bigger and pricier Western cars have been gaining ground. Sales of German and US models advanced 20.2 percent and 18.9 percent respectively in the first seven months, according to official data.

“As long as the two joint ventures are doing fine SAIC will be in good shape,” Liu Lixi, an analyst with Northeast Securities.