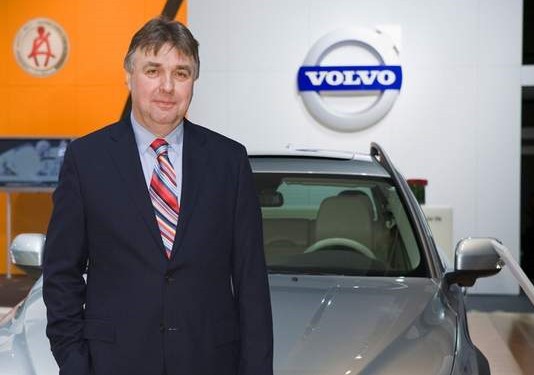 Volvo Car Corporation’s styling chief Peter Horbury is moving to the Swedish automaker’s sister brand, Geely Group, as senior vice president design. A decision on who will succeed Horbury as Volvo head of design has not been made.

“The process is ongoing,” said a Volvo spokesman, who added that the design departments at the two automakers are run independently. Both automakers are owned by China’s Zhejiang Geely Holding Group.

In a statement about the change, Volvo CEO Stefan Jacoby said: “Peter Horbury has played a very important role for Volvo’s design during a long period of time and has a legendary position in the automotive world. I wish him all success in his new role within Geely Group.”

The 61-year-old Brit is credited with moving Volvo away from its boxy roots to the leaner, sleeker models found in the automaker’s current lineup. He began his career with the Swedish automaker in 1991 as head of design, helping to create new models including the XC90 crossover before he moved in 2002 to Ford’s Premier Automotive Group. There, he oversaw design at all four PAG brands: Aston Martin, Jaguar, Land Rover and Volvo.

Two years later, Horbury moved to Detroit to become executive director of design at Ford, before returning to Volvo in 2009 to assume the role of vice president design. In 2010, Zhejiang Geely bought Volvo from Ford for about $1.5 billion. Ford sold all four brands that made up the PAG group between 2007 and 2010.

Said Li Shufu, chairman of Geely Group and Volvo, in the statement: “I am delighted that Peter Horbury has accepted the offer to lead the design development of the Geely Group brands into the future. His vast experience in the industry will be key for the future success of Geely Group’s products.”