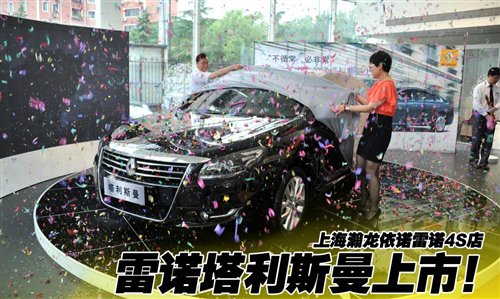 Renault is planning to launch a joint venture to build cars in China with Dongfeng Motor Group, the country’s second-largest automaker, a local newspaper reported.

The two firms plan to invest a combined 6.5 billion yuan ($1.0 billion) in a plant in the central province of Hubei with an initial capacity of 200,000 cars a year, China Business News said, citing unnamed sources at Dongfeng.

Chen Guozhang, chief executive of Renault Greater China, was quoted by the newspaper as saying the planned JV would operate a plant formerly used by Renault when it had a local partner in the mid-1990s.

A Dongfeng spokesman said he had no information on the joint venture, while a Renault spokeswoman in China declined to comment.

All foreign car makers producing vehicles in China must operate through a joint venture with a local firm. Renault briefly produced cars in China in the mid-1990s in a tie-up with a little-known state-owned maker of special purpose vehicles.

The French firm is currently one of the few foreign automakers to sell exported cars in China, but has met with a lackluster response.

Renault’s Chen was also quoted as saying the automaker would not need to seek a new production license from the government, as it would able use the one from its previous joint venture.