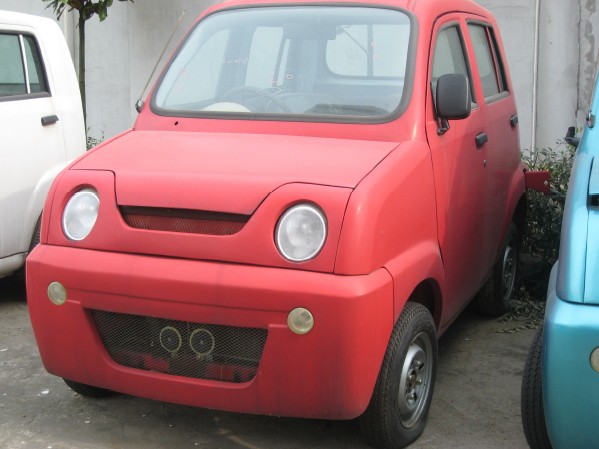 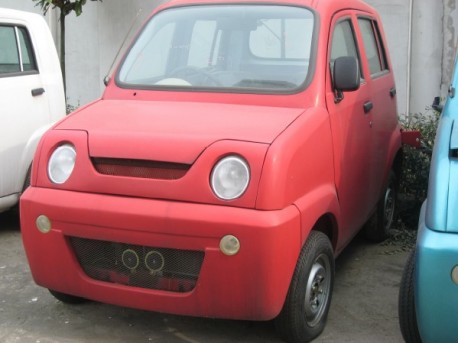 Today in China Car History the Chery Quart Q11. It was 2003 and the first Chery QQ was launched on the Chinese car market for some 30.000 yuan, making it the cheapest car on sale in China. The QQ became an instant success and Chery started dreaming about an even cheaper vehicle. 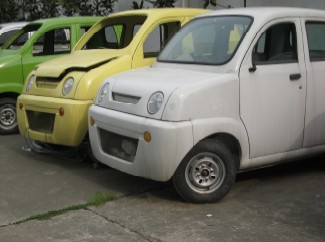 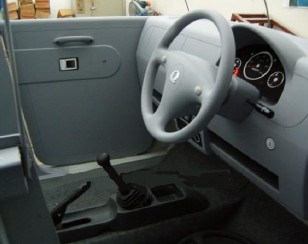 Chery aimed at a 10.000 yuan price tag for the Quart Q11, or 1209 USD in 2005 exchange rates. The vehicle had to be cheap to build, cheap to make and cheap to ride. A full 95% of the body was made of plastic. Power came from a tiny 2 cylinder patrol engine, located at the front. The interior had to do without luxuries such as a radio, a heather or even air vents. The steering wheel was to sit at the left because in many South East Asian countries motorist drive on the right. 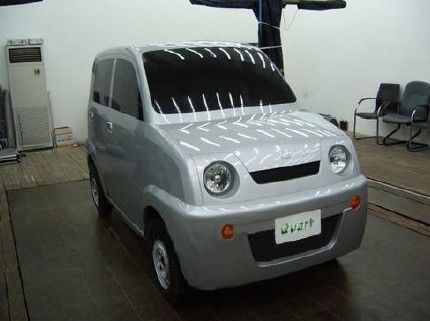 Development of the Chery Quart Q11 began in earnest in 2004. Chery produced at least six prototypes in bright colors. A Quart Q11 concept, the gray car on pic, was scheduled to debut on the 2005 Shanghai Auto Show. But it all didn’t happen. In the months leading up to the Shanghai show the whole project somehow fell apart completely, and the Quart Q11 was cancelled later that year.

Sadly so, the Chery Quart Q11 never made it to the market. Whether it would have been a success is hard too say, but the idea was good and the car looked kinda cool. South East Asia meanwhile, is still a motorcycle kingdom.

Many thanks to the Great Automotive Explorer Erik from ChineseCars.net who snapped the shots of the prototypes during a visit to Chery in 2005. Erik is currently working on his next masterpiece: a new book “Made in China, the lost small cars of the 1990′s” which will hit the shelves late this year.