Li Shufu said: “Geely and Volvo are like brothers, not father and son.” 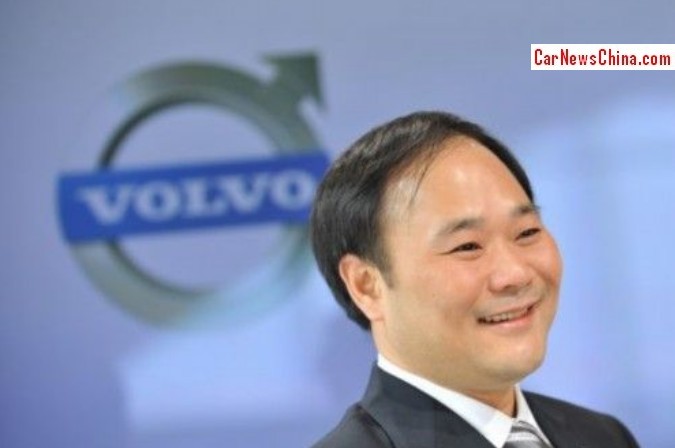 Li Shufu said: “We will make Volvo cars more luxurious and high-end. Volvo will strive to become one of the dominant players in the luxury car sector.” Did Li finally win the battle with the stubborn Volvo management in Sweden, who kept refusing to even think about a high-end car? Li’s words seem to indicate he did. There was more:

Li Shufu said: “Geely and Volvo are like brothers, not father and son.” Li wants relations between Geely and Volvo Cars to be like the relation between Audi and Volkswagen: they share R&D and common technologies but have different brands and product positioning.

Li Shufu said: “The Daqing plant in Heilongjiang province is expected to roll out models including the XC90 in two months”. The ‘XC90’ is not the new 2015 XC90 but the current one, production has been moved from Sweden to China. The second model that will be made in Daqing is the Volvo XC60 SUV.

Li Shufu said: “Volvo used to be too unworldly and self-centered. Now it is changing to cater to the post-90s generation. Volvo is catering to young customers with Apple’s CarPlay infotainment system and a self-driving function.” Li wants Volvo to aim at a younger audience. He hopes to get youngsters to the showroom by offering hip technology.

The numbers: Volvo has set its China sales target at 80.000 units for 2014, or a growth of 30 percent, which would make the country its largest single market, surpassing the United States. It sold 61.000 cars last year, up 45.6 percent from a year earlier. In the January-April period this year, its sales jumped 29.1 percent, higher than the 10 percent the whole industry achieved. Biggest driver of the growth is the new Volvo V40 hatchback.

So far so good, and Li’s strategy seems to be working. A truly luxurious Volvo is an exciting idea, and might sell very well in China and in the U.S. The continuation of the current Volvo XC90 however seems not such a smart idea, as it won’t sell much when marketed next to the XC60 and new XC90. The target of 80.000 cars this year is a rather conservative estimate, we expect Volvo to hit the 100.000 with ease.