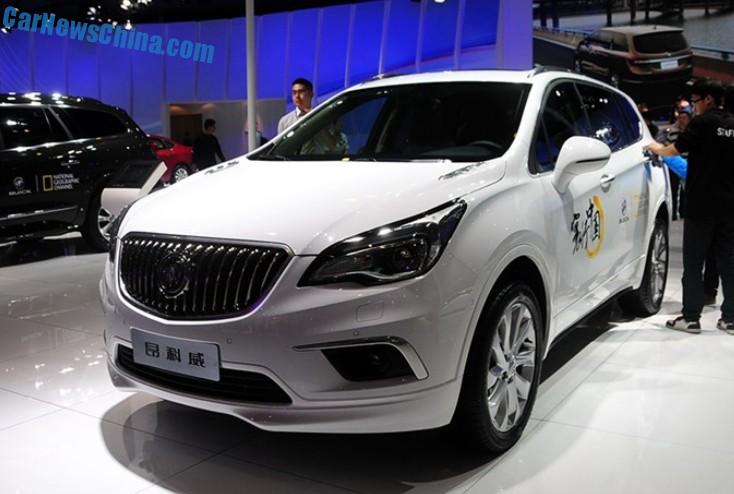 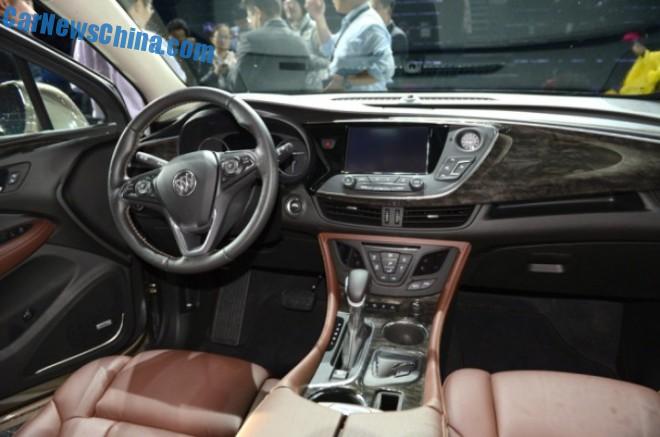 Very classy interior with a lot of wood and leather, and a large classy clock just to the right of the touch screen. 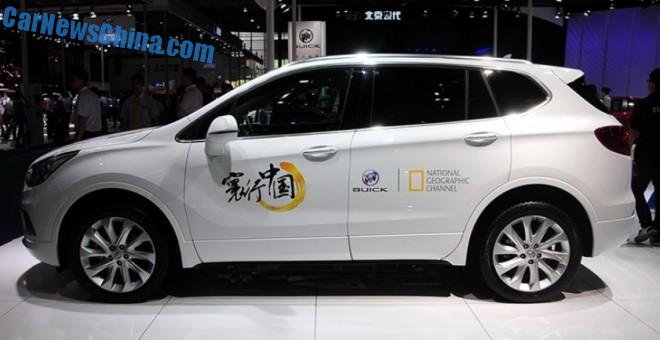 National Geographic Channel stickers are so cool. Many Chinese car buyers stick such on their car, they think it shows they are adventurous. The stickers go for a few yuan at car markets and gas stations. It appears however that GM has made a real deal with the magazine, which is kinda stupid, because nobody will know the difference. 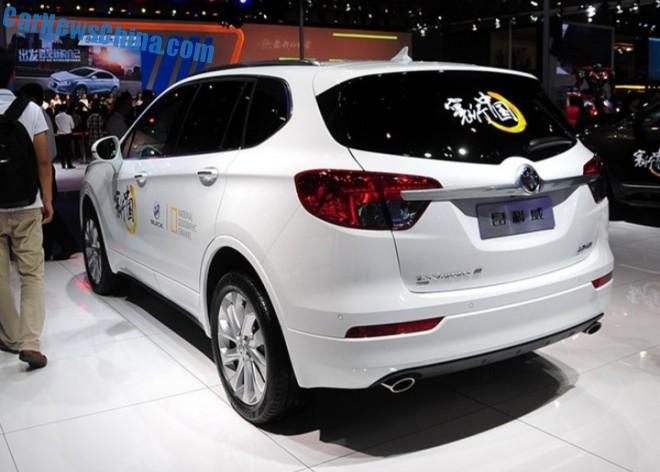 The Envision is manufactured in China by the Shanghai-GM joint venture, it based on GM’s Delta global-compact platform. The Buick Envision will be positioned above the China-made Buick Encore SUV and below the Buick Enclave SUV that is currently imported into China. 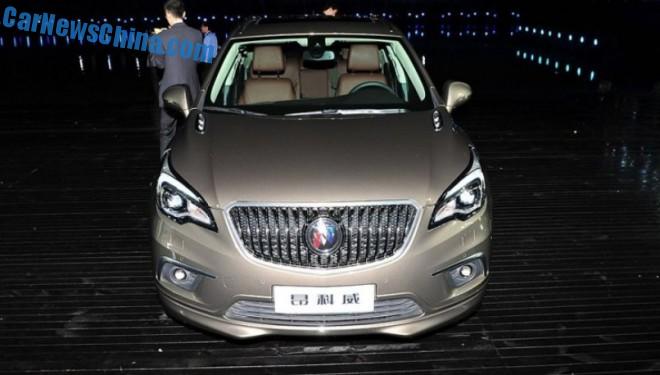 Buick has a gold car on stage. White is better.

But that is not all. GM is apparently also working on a 1.5 turbo with about 170hp and on a hybrid variant based around this 1.5 turbo. It is yet unknown when these variants will hit the market. 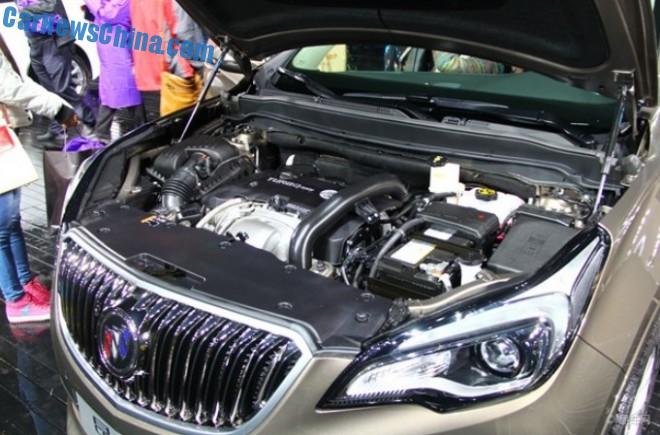