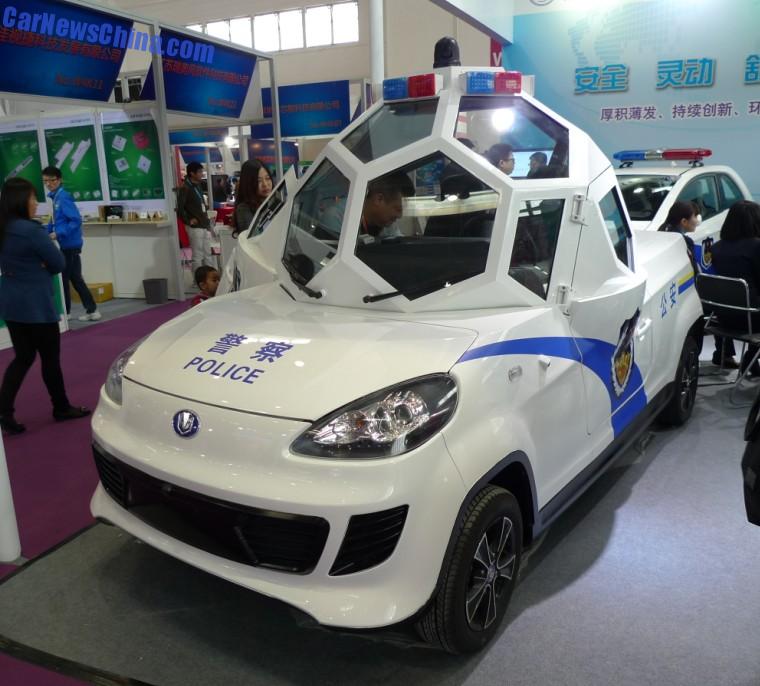 This is the mad Zijing Qingyuan Armored Spherical Cabin Electric Patrol Vehicle, seen on the Security China exhibition in Beijing last month. The vehicle is developed for anti-riot work by police and paramilitary forces. Its most interesting feature is the spherical cabin, allowing policemen a 360 degree look around. 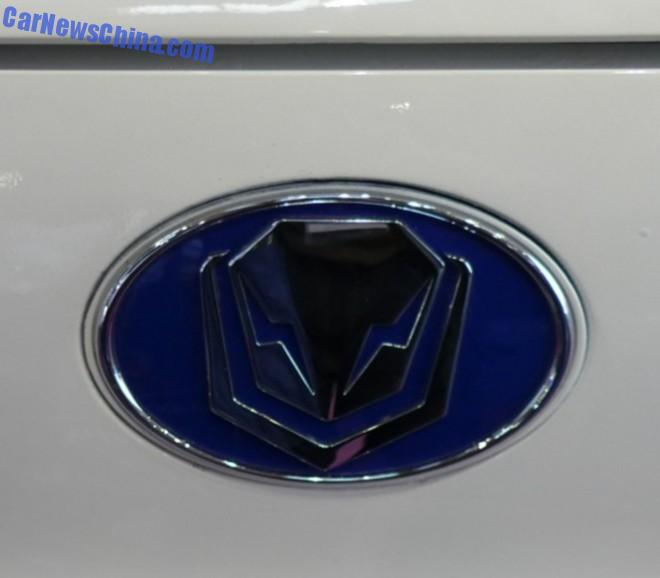 The Decepticons are here. Sadly, the vehicle can not transform into a freaky robot, or into a pretty car. 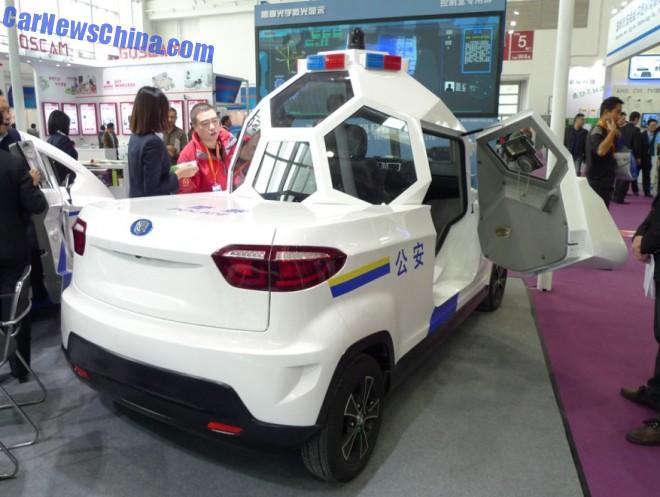 The Armored Spherical Cabin Electric Patrol Vehicle is armored to Level-A, a standard set by the Chinese Ministry of Public Security. This means it can handle mot pistol bullets but not a machine gun. The doors and windows however looked very impressive, thick and heavy, and opening in the Aston Martin way. 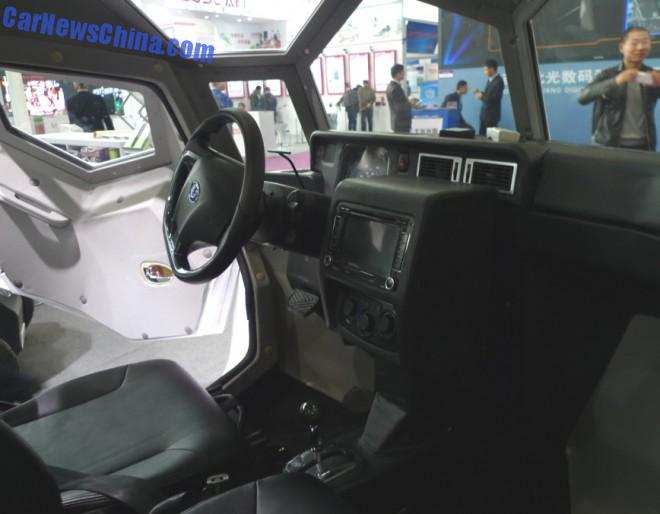 The interior looked rather basic and was black-only. The vehicle seats two officers. Power comes from a electric motor. Sadly staff didn’t want to tell me how powerful it was, only saying that the battery had a capacity of 15kW/h. Top speed is claimed to be 80 kilometer per hour and range 120 kilometer. Curb weight is a surprisingly reasonable 1200 kg. Max load is 300 kg. Turning radius is 4.5 meter. 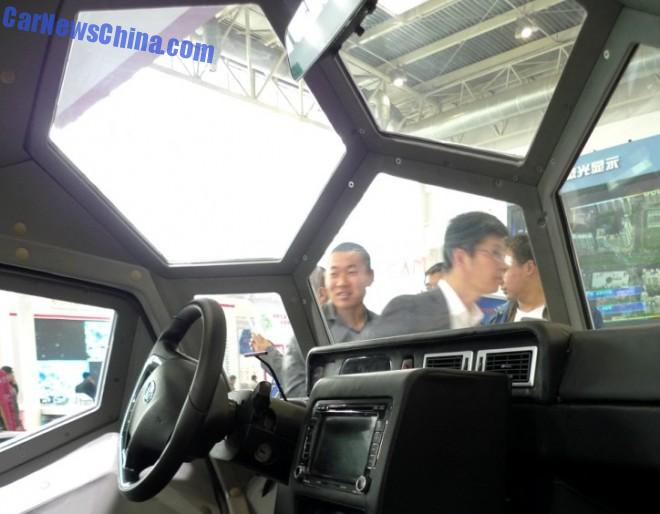 Checking the clouds for rioters. 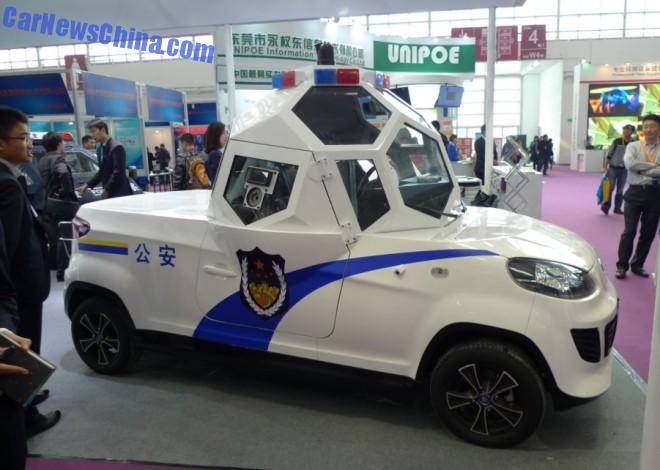 The vehicle can be armed with smoke grenade launchers that can be installed on the front fenders, just behind the indicator light. Officers can furthermore aim their guns through the hole in the window. 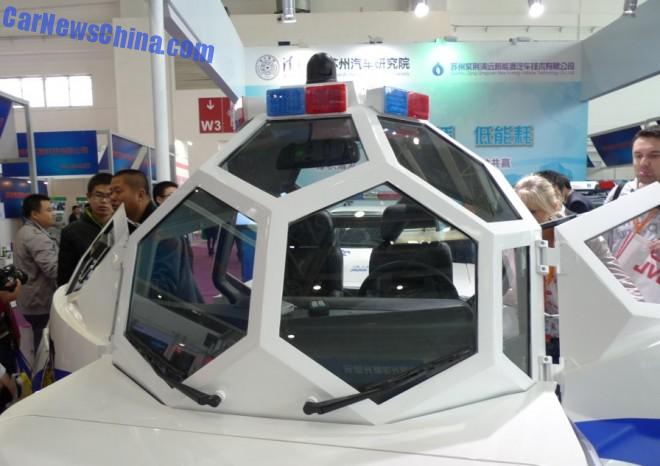 Only the two lower windows have wipers.  Camera on top of the roof seems tiny and too easy to destroy.

Zhijing Qingyuan is jointly owned by the automotive department of the famous Tsinghua University and by the Suzhou Automotive Research Institute (web), which is another entity owned by Tsinghua. The company is specialized in making electric vehicles for law enforcement services. They had three other interesting cars on show, more on these in a later post. 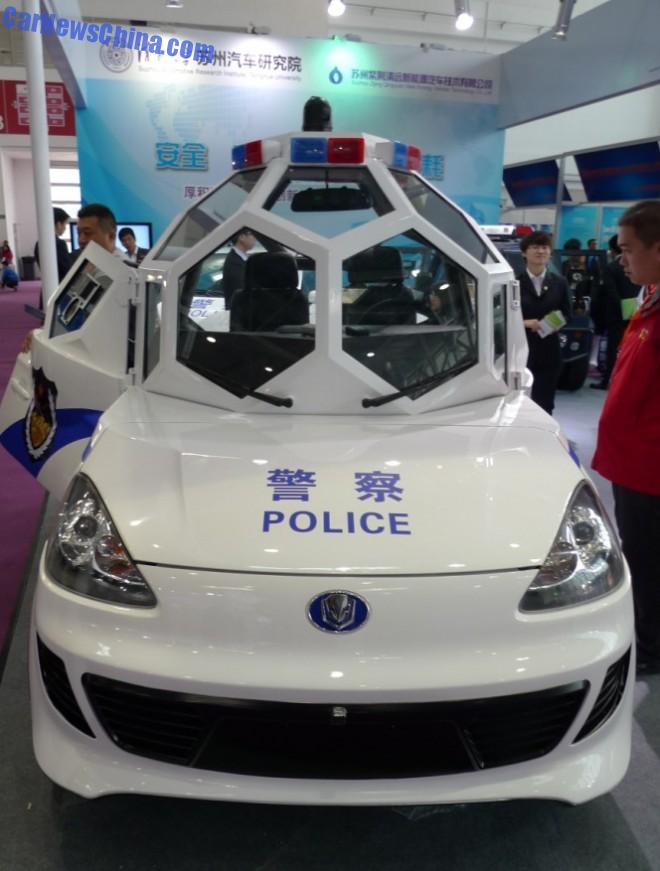 Staff told me police had shown interest in the Armored Spherical Cabin Electric Patrol Vehicle, but that no sales had been made yet. When I passed by the booth later that day there was a police delegation all over the vehicle, so maybe Zhijing Qingyuan will indeed get some of these crazy cars on the road.