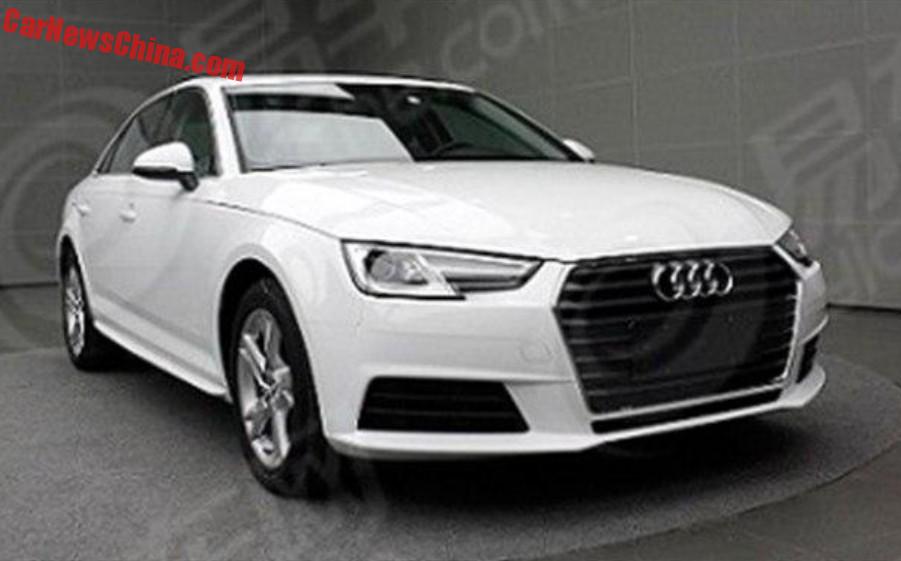 The new 2017 Audi A4 debuted in January in Detroit, so it is time for the Audi A4L to follow suit. The A4L is a China-only stretched variant of the Audi A4. It gets the same new grille and headlights as the regular model. Debut is scheduled for April 25, the first day of the Beijing Auto Show.

The A4L is stretched by 8.8 centimeter compared to the regular car. All extra space goes to the legs of the passengers in the back. There will be two versions: a ’40 TFSI’ powered by 190hp 2.0 turbo, and a ’45 TFSI’ powered by a 252hp 2.0 turbo. The latter has quattro four-wheel drive. Both cars use a seven-speed DCT.

The new Audi A4L will be launched on the Chinese car market in the second half of the year. Price will range from around 270.000 to 550.000 yuan. The A4L is made in China by the FAW-Volkswagen joint venture.