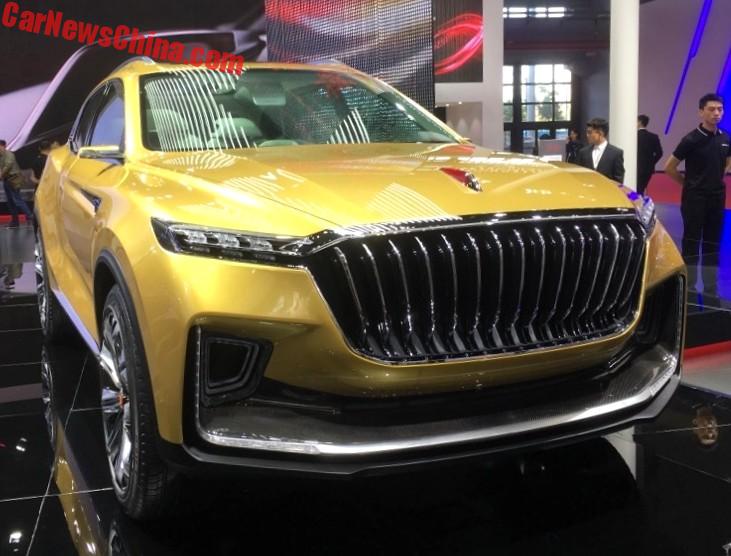 The brand new Hongqi U-Concept has been launched on the Shanghai Auto Show in China, sporting the red flag ornament on the bonnet, an enormous grille in typical Hongqi style, mean looking headlights, and a heavy front bumper. 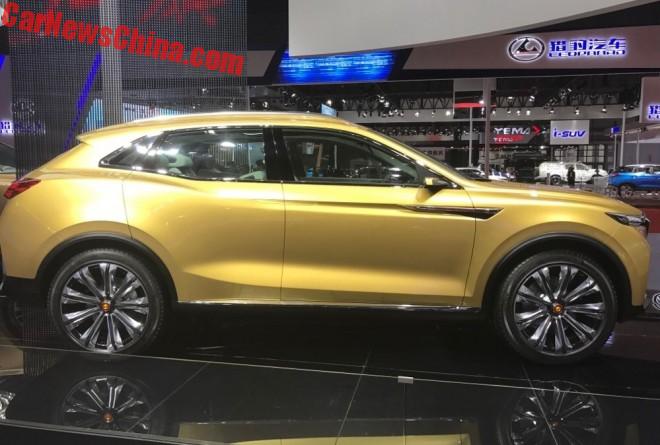 Hongqi’s design is improving, this U-Concept looks rather good, mostly original with some inspiration by Lincoln perhaps. The shoulder line is strong and the front overhang very short.

The U-Concept previews an upcoming compact SUV that will likely be called the Hongqi HS5, it will be positioned under the also-upcoming Hongqi HS7. 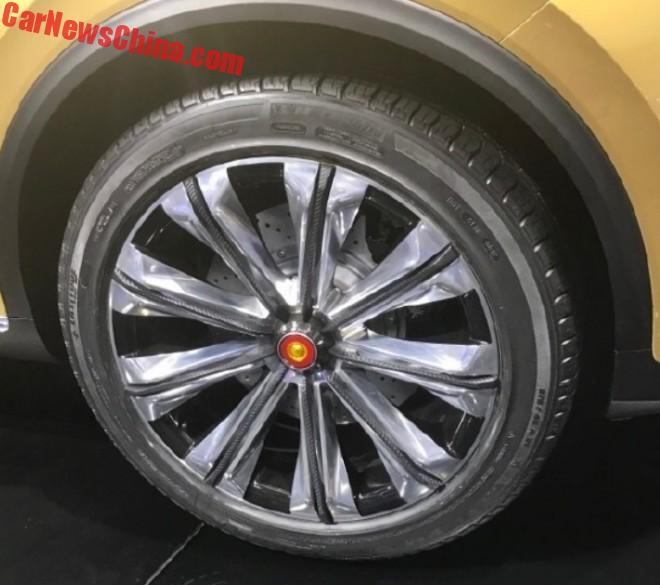 Big shiny wheels with the traditional Golden Sunflower logo in the middle. Hongqi has been using this logo on its steering wheels and wheels since the late 1950’s. 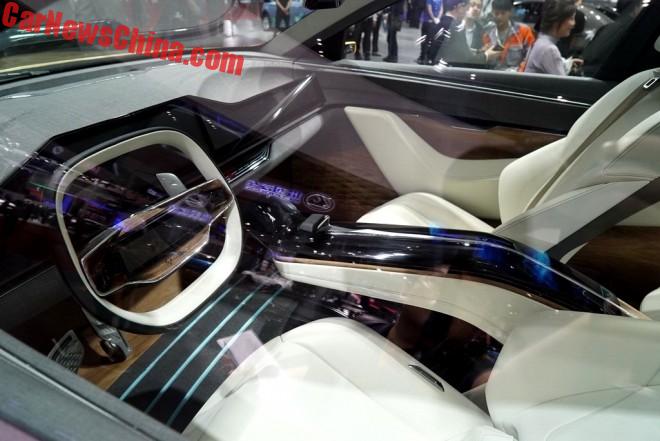 The interior with cream white seats and a retro one-spoke steering wheel which has a screen on the middle of the spoke. how does that go with the airbag? There is another screen for the instrument panel and yet another for the infotainment. The center tunnel floats through the middle of the vehicle, drapped in leather, wood, and piano black panels. 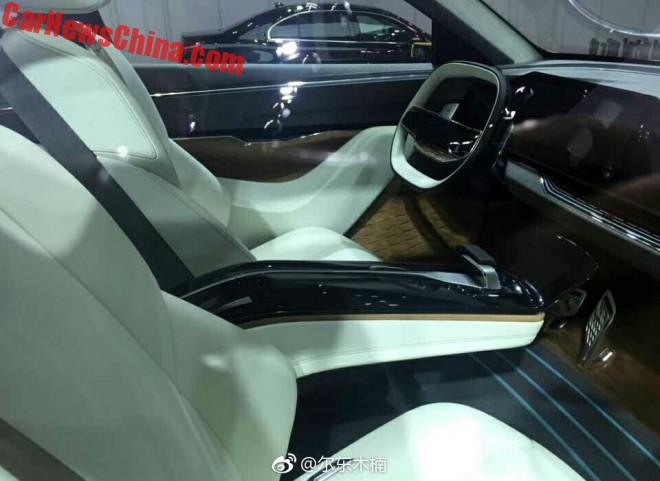 There is no center stack, so there is a lot of space for the feet. A very good idea. All functions can be moved to the touch screens and arm rest, who needs a center stack anymore? 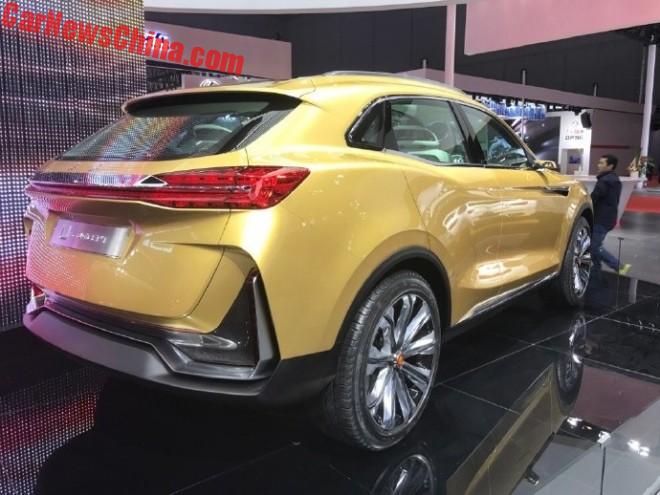 Sadly Hongqi has released exactly zero specifications about the U-Concept. This is not unusual for Hongqi, but mostly they at least say how big it is. Not this time… A good guesstimate would be about 4.8 meters long, 1.8 wide, 1.6 high. No info on power either. The eventual production version will likely get a 1.8 turbo and a 2.0 turbo. 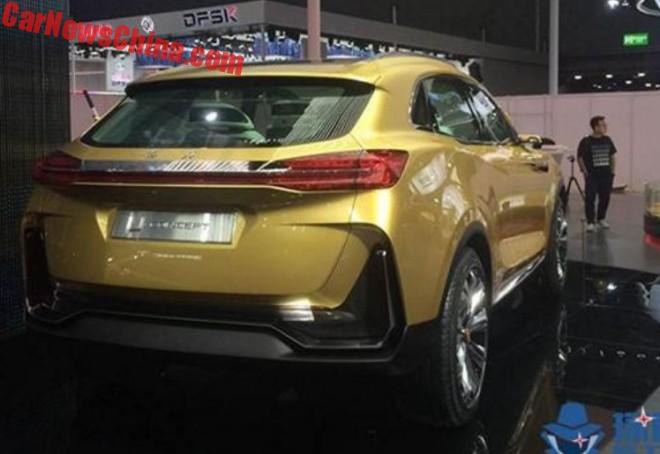 Light units over the entire width of the car are a new trend in autoland, we are seeing it on almost every new SUV on the auto show. 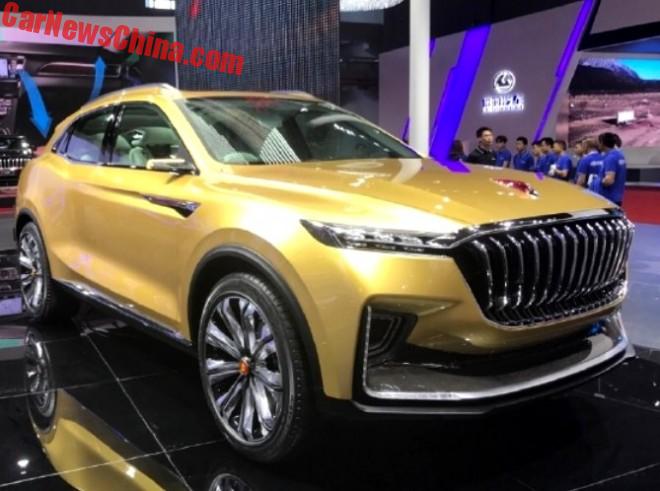 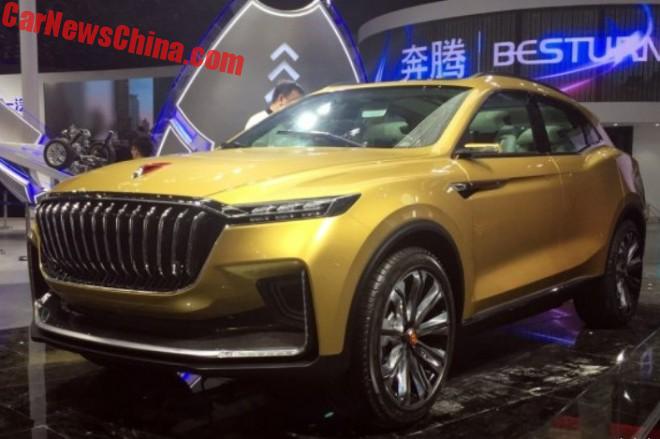 The new Hongqi U-Concept SUV on the Shanghai Auto Show in China.