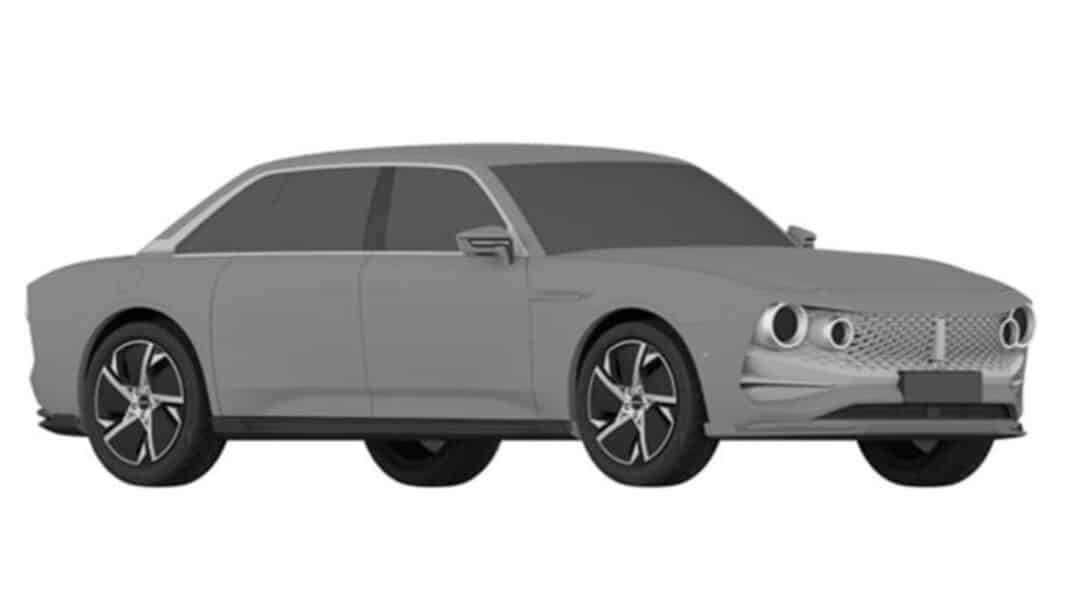 Great Wall’s WEY brand makes a long line of sub-premium SUVs. But that is going to change. Leaked patent images reveal WEY is working on a large sedan that will launch on the Chinese car market in 2022. It has suicide doors and a boxy retry-style design. The front has a wide grille and four round headlights. While it is WEY’s first sedan it certainly isn’t the first sedan Great Wall has ever made. Let’s have a look at their earlier sedans:

In the early 1990’s Great Wall sold a sedan called the CC1020. Design was inspired by Japanese sedans like the Nissan Cedric and Toyota Crown. The chassis was most likely borrowed from a BAW BJ121 4×4. Note how high the vehicle stands on its wheels.

The CC1020 was succeeded by the Great Wall CC1020S, with a more rounded design and based on an early Great Wall Pickup truck. Not many of these cars were produced and Great Wall never really mentions them in their official corporate history. If you want to know more, please read this great article by Erik Ingen van Schenau.

The next sedan came in 2010 under the then-new Voleex brand. Voleex was intended as a sedan brand, whereas Hover/Haval was the SUV brand. The Voleex C30 had a 2610 millimeter wheelbase and was powered by a 1.5 liter petrol.

The Voleex C70 arrived in 2010, first as a concept and later as a semi-production car (pictured). It had a 2800 millimeter wheelbase and power came from a 1.5 turbo or a 2.0. Strangely, in the end, Great Wall cancelled the project and the Voleex C70 was never launched on the market.

The Voleex C50 arrived in 2012. It was powered by a 1.5 turbo and had a 2700 millimeter wheelbase. The C50 was a fine looking car, especially in facelifted form (pictured).

The new WEY sedan is certainly larger than any of the older cars. The rear door is huge, and the third-side window extends far to the rear. It is almost a stretched limousine. There are no official specifications on power units yet, but WEY has more than enough engines that would fit in a large sedan like this. The 2.0 PHEV unit would be nice, with a max power output of about 515 hp. There is also the possibility that the sedan will be fully electric, as there are no visible exhaust pipes at the rear:

The rear is a bit odd. It seems very short, especially when seen from 3/4 behind, and it sloped down quite a lot. The lights have a similar design as at the front.

The bonnet is nicely sculpted and gives the car a strong purposeful look. The mirrors stand on high stalk with camera’s for the lane-departure warning system.

Looking at various details like the license plate areas and the mirrors, the sedan seems pretty much ready for production. Public debut is either on the Guangzhou Auto Show in November or on the Beijing Auto Show in April. We will keep you posted on this interesting new WEY sedan.