Hongqi LS7 Is A Massive Chinese SUV With Loads Of Bling 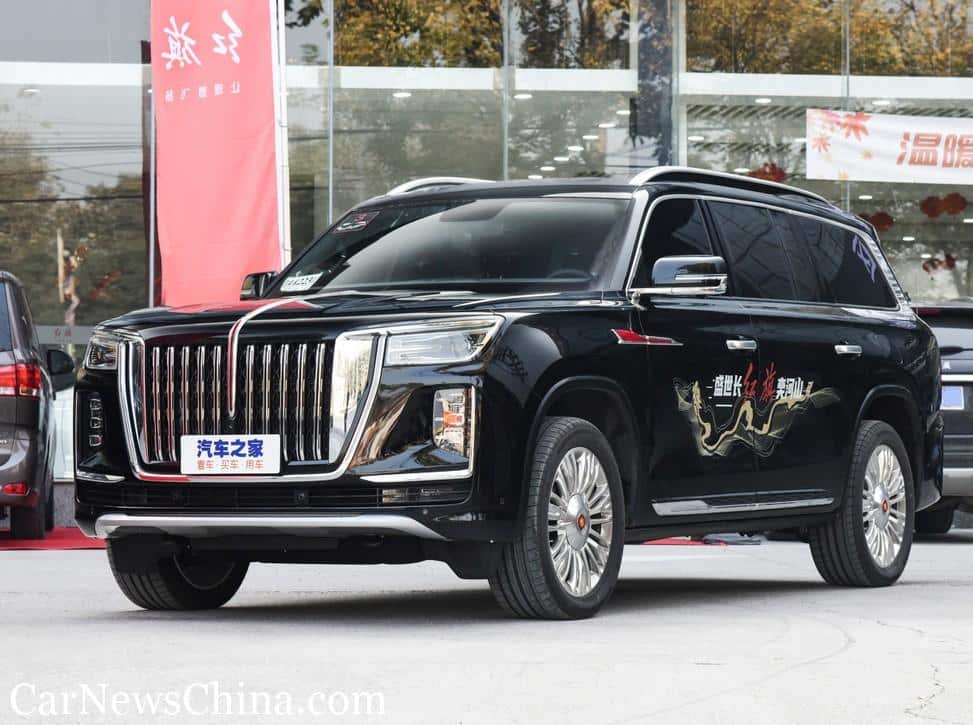 This massive machine is the new Hongqi LS7, an enormous SUV that will launch on the Chinese car market in early 2022. The LS7 looks mightily impressive with a large bling grille and lots of more shine around the car. The alloy wheels, however, while pretty, seem a tad too small for a vehicle of this size.

The grille is a masterpiece of over-the-top design, which, on a Hongqi, makes a lot of sense. Hongqi’s are all about parades, impressing the general populace, and driving on where everybody else has to stop. The grille has 10 vertical bars, a red bar in the middle, and two wide pieces of shine on each side. The lights are relatively small and augmented by triple LED lights in the bumper.

The restyled Hongqi ‘Red Flag’ hood ornament is a new design feature on all recent Hongqi’s, and on the LS7 it works perfectly, dividing the grille and bonnet, making for a classic appearance.

Lots to see on the side as well: a raised roof, roof rails, a rear spoiler, and a big chrome strip around the rear side window.

While impressive, the LS7 is also decidedly old-school: a giant gas-guzzling car with a V8 petrol engine and a length of 5.7 meters. Power comes from a turbocharged V8 engine with 375 hp and 530 Nm. The engine is mated to an eight-speed automatic, sending horses to all four wheels. This big fat V8 motor doesn’t really match Hongqi’s recent foray into electric cars and their earlier laid-out plans to electrify the entire Hongqi range in the near future. Perhaps some folks within Hongqi aren’t ready to go that far just yet.

The wheel design is beautiful and is interesting to see Hongqi’s old sunflower logo on the wheel hub. In 2018, this logo was replaced by a new one. This seems another sign of old-school-ness. Perhaps the LS7 has developed like five years ago, canceled in favor of EVs, and then resurrected again.

There is a lot going on at the back too, a car-wide light bar and lots of shiny stuff. The bumper is especially interesting, with four shiny bars on each side.

The map on the window, and the super cool antenna, refer to an organized trip for the media from Hongqi’s headquarters in Changchun to Qinghai Lake. The trip is ongoing right now. Sadly, we were not invited. Next time, perhaps.

The Hongqi LS7 is a lot of things: Massive, impressive, ultra-cool, and out of touch with the times. Pricing and other specs will be announced soon.