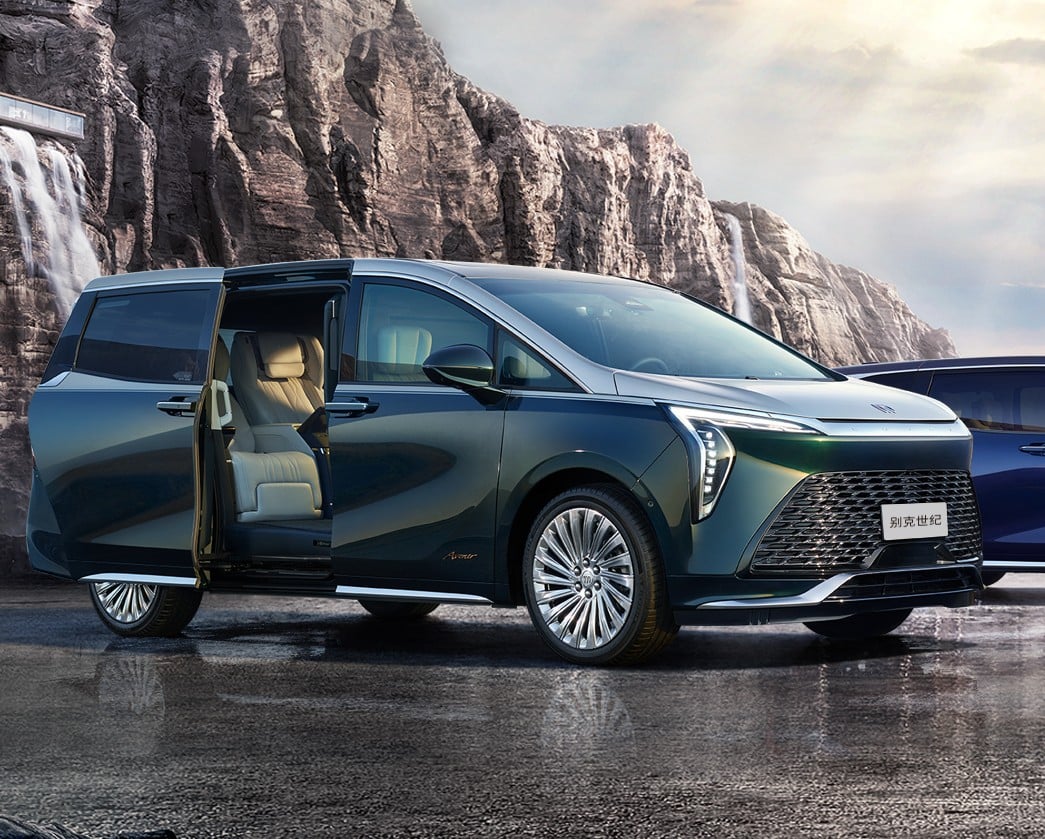 The GL8 ES and GL8 are 7-seat cars. The GL8 Century comes with four, six, or seven seats. All three generations GL8 are based on the same platform.Hence the title of this article: The GL8 Century is new, but not totally so. Let’s do a size comparison:

Somewhat confusingly, the top trim level of both the GL8 ES and the new GL8 Century is called ‘Avenir’. So we got a GL8 ES Avenir and the …

…. GL8 Century Avenir. This is the top-trim level with pretty wheels and two-tone paint. We haven’t seen any photos yet of the other trim levels. The GL8 Century is powered by… you guessed it, the exact same 2.0 turbo + 48V motor as the other GL8’s. So for the engine alone the pick doesn’t matter.

But things matter much more inside. This is the interior of the four-seat GL8 Century Avenir. Center piece is an enormous 32-inch screen. It has 5G internet connection so the passengers can use any app they want. It has Apple CarPlay and Baidu CarLife for added connectivity. The passengers can watch from 18-way adjustable heated Nappa-leather captain seats. The infotainment and the seats are controlled via a 8-inch touch screen. The car is furthermore equipped with a ‘Bose Executive Edition’ sound system with 21 speakers, including speakers in the headrests of the seats.

The starry sky ceiling is standard on the Avenir. It there is nothing on TV, you can check out the new Buick logo on the screen.

The ladies can store their leather bags in a drawer under the screen.

This is the six-seat version. Still loaded with luxuries. The seats in he second row have a 6-inch touch screen in the arm rests for entertainment and seat-adjustment.

Buick hasn’t released official images of the dashboard of the GL8 Century yet. In China, automakers often release pics of the dash separately, in a bid to get another round of media attention. That usually works. Happily, on the interior image we can at least see half of the dashboard. It shows a new twin-screen and a new steering wheel. The wireless charging pad in the arm rest is new too. All very modern for a Buick.

Even in the six-seat version the legs have lot of space. The two-tone trim and panoramic roof make for an airy cabin.

The Buick GL8 Century is a pretty not-totally new variant of the long-running GL8 series. It has all the luxury one needs but the power train is decidedly old-school compared to the many fully electric or plug-in hybrid MPVs that Chinese brands are bringing to the market right now. So no matter the long and storied history; the Buick GL8/GL8 ES/GL8 Century is going to have a hard time competing on the Chinese car market in 2022 and beyond.