Geely net Profit up 17% in China 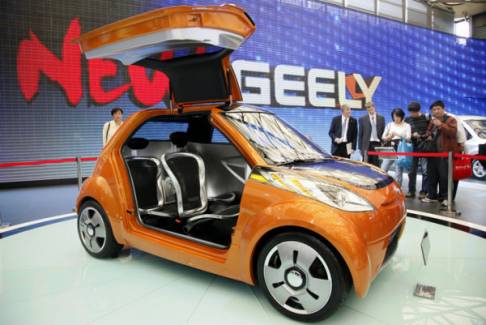 China’s Geely Automobile said its first-half net profit jumped 17% from a year ago but warned that demand will slow in the next six months.

Net profit for January through June rose to 937.6 million yuan ($146 million), from 804.8 million yuan a year earlier, the automaker said in a statement to the Hong Kong stock exchange.

The group sold a total of 213,381 vehicles in the first half, up 9% from the same period last year, helped by demand for its Emgrand EC7 sedan in China.

“The group’s performance in the first half of 2011 was broadly in line with previous expectations despite uncertain macro-economic conditions in China,” Geely said in the statement.

Geely executives later said the firm is on track to meet its full-year sales volume target of 480,000 units, according to Dow Jones Newswires.

The automaker said it will launch five new models in the second half of this year, including two midsize sedans and two SUVs, to boost sales.

But it warned that sales likely will slow in the second half. The automaker said it will adopt a “more conservative stance” and implement more stringent cost control amid fears over the world economic outlook and rising inflation.

“Motor-vehicle sales in most parts of the world market have been weakening since the beginning of the year and look set to deteriorate further in the remainder of the year given the high level of uncertainties in most of the major economies, higher inflation and tightening monetary policies in China.

“All of these factors could pose significant threat to the group’s performance in the second half of 2011,” it said.

Auto sales in China overtook the United States in 2009 to make it the world’s largest car market, and they hit a record last year, rising more than 32% to 18.06 million units.