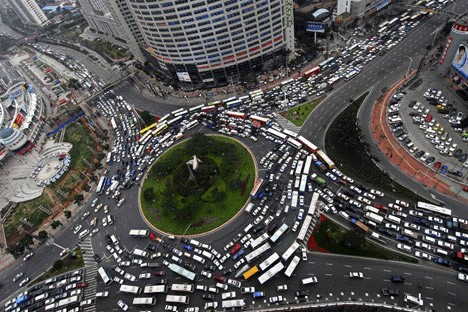 Officials hope the fees will lead more residents to use public transport, according to the plans announced on Thursday, the news agency Xinhua said. The reports did not give details of tolls that would be imposed or how those fees would be collected.

Beijing’s plan will provide unspecified incentives to buy so-called new-energy cars, including electric vehicles. It pledged to upgrade equipment at electric-vehicle charging stations and build more of them, Xinhua said.

The Chinese capital has already taken several measures to reduce traffic pressure since the 2008 Beijing Olympic Games, when it began to order some vehicles off the streets on certain days depending on the licence plate numbers.

That policy has not had much effect on gridlock, which has continued to deteriorate.

Beijing in January began capping new car registrations at 20,000 per month, available through a lottery. But that has only slowed the pace of increased congestion, while angering tens of thousands of hopeful car owners left unable to buy a vehicle.

China overtook the Unites States in 2009 as the world’s largest auto market. The rapid growth of car ownership has caused traffic nightmares in major Chinese cities, with Beijing expected to have 7 million vehicles on the road by 2012.