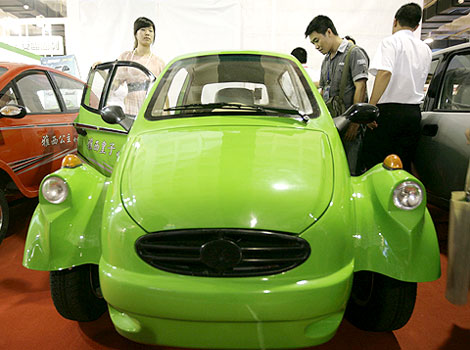 Beijing on Sept 26 signed an agreement with an automobile manufacturer to build the country’s largest industrial park for producing components for new-energy vehicles, according to municipal authorities.

According to an agreement signed by the Pinggu district government and Beiqi Foton Motor Co, Ltd, the industrial park will be located in the Xinggu Economic and Technological Development Zone in Beijing’s suburban Pinggu district.

The park will manufacture and sell components and high-end equipment for the production of new-energy vehicles, as well as provide logistical services, according to the agreement. The park is expected to be completed by 2017.

The Pinggu district lies 70 km northeast of Beijing, linking it with the northern port city of Tianjin.