GM sales in China up 31% in February 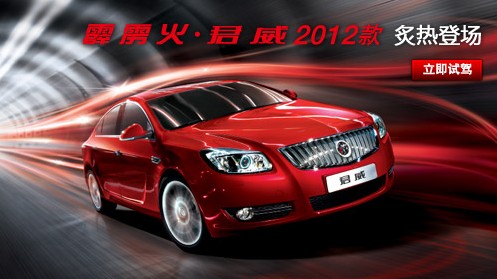 General Motors said Tuesday it sold 240,554 vehicles in China in February, a record for the month and up 31 percent on the year, despite an overall slowdown in the Chinese market. The number of cars and trucks that GM sold was also the third highest number for any month in the company’s history in China, according to the statement.

The growth figure may been boosted by the low comparative base in February 2011, when there were fewer working days due to the Chinese Lunar New Year holiday, also known as the Spring Festival.

China’s total auto sales rose just 2.5 percent to 18.51 million units last year, according to industry group the China Association of Automobile Manufacturers, against an increase of more than 32 percent in 2010.

The slowdown in the world’s largest vehicle market came after China phased out sales incentives and some cities imposed restrictions on car numbers.

GM sold 487,208 vehicles in China in the first two months of this year, up 7.7 percent from the same period last year, the statement said.

Beijing has grown alarmed at the dominance of foreign car makers, prompting the government last year to slap import tariffs on some US-made vehicles and formally withdraw support for foreign investment in the sector.

Last month, China announced a preliminary list of preferred vehicles for government fleet purchases, which did not include any foreign brands.

The European Union Chamber of Commerce in China said Monday that such government purchases represent a potential market of more than one million cars annually and called the list “discriminatory”.