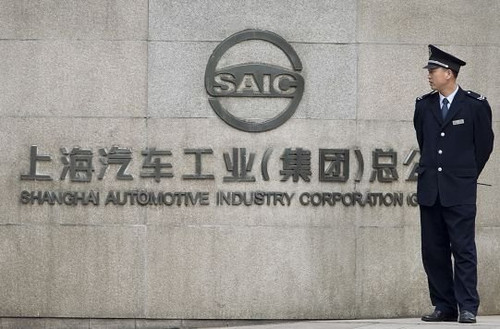 Top Chinese automaker SAIC Motor Corp reported a 67 percent surge in quarterly earnings on Thursday, citing solid demand for German and US cars made at its Shanghai ventures as well as a $4.4 billion asset purchase from its state parent.

From October to December, SAIC’s net profit came to 6.93 billion yuan, up from 4.15 billion a year earlier and slightly higher than a consensus forecast of 6.72 billion from 14 analysts polled by Thomson One.

SAIC and its partners, General Motors Co and Volkswagen AG, will continue to outpace their rivals in China as they roll out more quality new products in the coming months, industry observers say.

“GM and Volkswagen held up quite well last year even though the overall market has slowed. For them, capacity is more an issue than sales,” said John Zeng, Asia-Pacific chief at industry consultancy, LMC Automotive.

Car sales in China climbed 5.2 percent in 2011, the slowest pace of growth since the nation’s car culture took off at the turn of the century, after Beijing scrapped tax incentives for small cars.

Sales declined nearly 4.4 percent in the first two months of this year, a trend many blamed on the impact of the Lunar New Year holiday in January when automakers and dealerships reduced working hours.

In a stock exchange filing, SAIC attributed the slowdown in 2011 largely to the end of government incentives, but said it remained sanguine on the mid-to-long term growth potential of the domestic market.

China’s overall vehicle sales are expected to grow about 7 percent to around 20.1 million this year, it said.

In 2011, SAIC’s vehicle sales rose 12 percent to slightly over 4 million, nearly twice as much as Dongfeng Motor Group Co, whose car venture with Honda Motor suffered months of production halts due to a parts supply disruption caused by natural disasters including a deadly earthquake in Japan in March 2011.

Its sales gained 7 percent during the period, twice as fast as rival Dongfeng, which also counts Nissan Motor and PSA Peugeot-Citroen as partners.

SAIC is expected to continue to outpace the market, which he projected would rise by between 7 and 8 percent this year, company President Chen Hong said in April.

For the whole of 2011, its earnings rose 23.4 percent to 20.22 billion yuan after adjusting the year earlier earnings to 16.29 billion from 13.72 billion. It had projected a more than 40 percent jump in full-year earnings prior to the adjustment.

SAIC’s Shanghai-traded shares closed up 1.5 percent a 14.23 yuan before the release of its annual report, leading a 1.4 percent fall in the benchmark index.

The policy change hurt Chinese brands more than foreign brands, as people were no longer motivated to buy cheap Chinese cars without incentives.

SAIC’s two car ventures, Shanghai GM and Shanghai VW, which have long been household names in the country, gained 18.5 percent and 16.4 percent, respectively.

To help ease their capacity crunch, Shanghai VW is planning a $3.17 billion greenfield plant in Xinjiang in northwest China. Shanghai GM has applied for approval to build a $1.1 billion plant in central China.

To get there, SAIC, which launched its MG5 earlier in the month, will follow up with other models. “SAIC will be in petty good shape as more MG and Roewe cars become available,” said LMC Automotive’s Zeng.