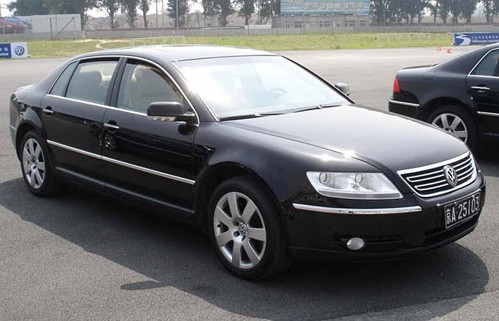 Due to high demand on the Chinese market, the next-generations Volkswagen Phaeton will debut sometime in 2015. On the market for 10 years, the Phaeton largely missed sales targets year after year, prompting the model to be cancelled in the U.S. after 2006. However the Phaeton has enjoyed a 50 percent increase in deliveries in China in the past year.

Germany’s Auto, Motor Und Sport now reports that when the successor to the current Phaeton bows in 2015, it will share its modular longitudinal platform (MLP) with the Audi A8.
We can also expect smaller engines with forced induction and cylinder deactivation technology. There’s also word of a hybrid and plug-in hybrid variant, but nothing is official as of yet. Carmagazine.co.uk also says that the new generation of the Phaeton could come in the form of a four-door coupe.

In addition, the German automaker now plans to bring back its top of the line sedan in US.

The current Phaeton has been on sale since 2002. It is currently sold with four petrol engine choices, including two versions of the 6.0-liter W12, and two diesel models. The car’s horsepower output ranges from 221 to 444 hp (165 to 331 kW).