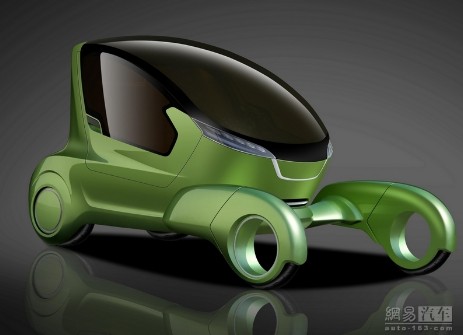 This is the Chery @Ant concept, it will debut at the Beijing Auto Show next week. An ant is a hard-working animal, it can’t do much alone but a zillion ants can move mountains. That is basically the idea behind this Chery @Ant. It can drive around all by itself but also with other @Ants:

The system, Chery says, works like cloud computing. The cars can ‘see’ each other when they are in the same area. If the computers in each car find out both cars are going to the same destination they will connect automatically. Fine idea, but not exactly new. What powers the @Ant is yet unknown, but I bet it is something very green (ants?).