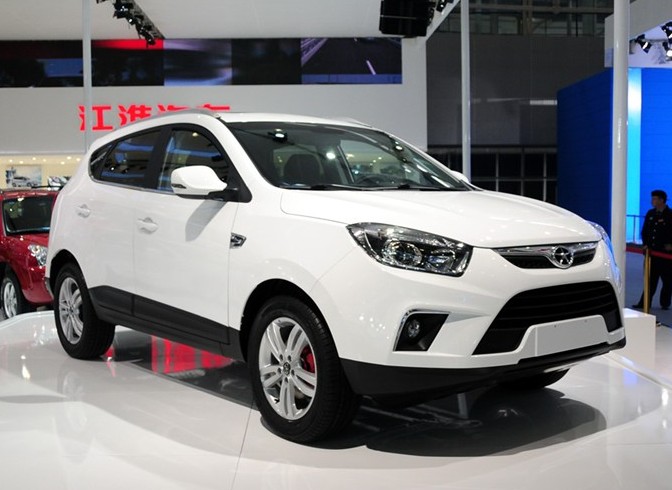 This is the production version of the new JAC Eagle S5, a fine looking Hyundai-inspired medium sized SUV that will be launched on the Chinese car market early next year. The JAC Eagle S5, formerly known as the JAC SII,  is the successor of the  JAC Rein which is based on the first-gen Hyundai Santa Fe, the Rein however might continue for a few years more as a budget model. 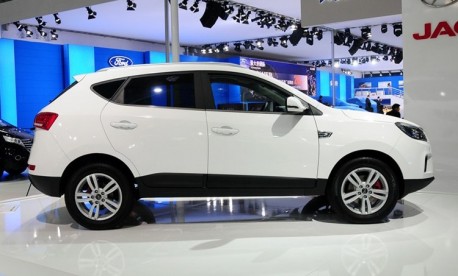 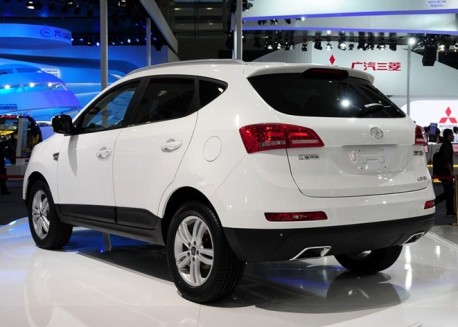 Design has a lot of Hyundai Tucson in it but as far as we know JAC and Hyundai didn’t make any deal on the Tucson, so this could be a true ‘Chinese copy’. JAC did get the first-gen Sante Fe legally from Hyundai under a license agreement, but the cooperation didn’t go any further than that. 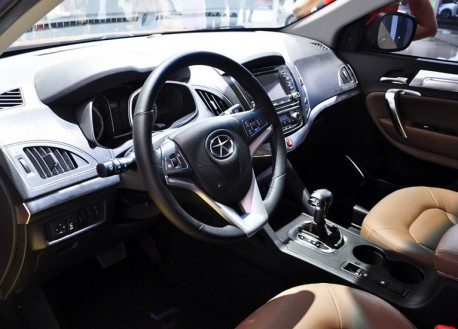 We are pleasantly surprised by this neat interior. It loox luxurious, even, dare we say, a bit British, especially the cushy leather seats. Gear lever big ‘n string, not such a flimsy affair as in many other China-made vehicles. Let’s hope the rest of the car is just as good! 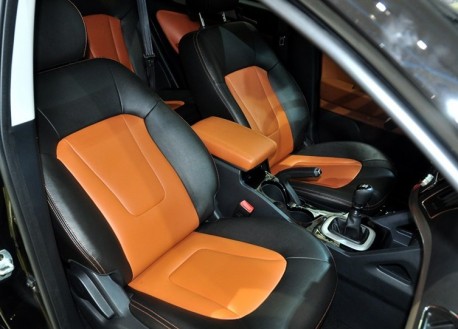