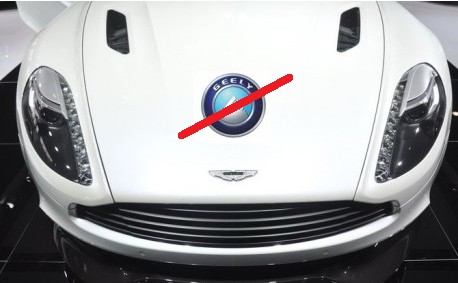 Geely denied reports that it is in talks to buy an interest in British sports car maker Aston Martin from its Kuwaiti owners who are looking to sell a stake to pay off debts.

Yang Xueliang, a Geely spokesman, said on the Sina Weibo micro-blogging site that he had “never heard Geely is involved in such an acquisition”, insisting the company was “concentrating on its current business”.

It also suggested that Geely Chairman and CEO Li Shufu had a liking for the iconic British automobile brand, after buying his daughter one as a wedding gift last year.

On Friday, Reuters reported that Italian private equity fund Investindustrial had confirmed buying 37.5 percent of Aston Martin for $241 million, beating Indian tractor maker Mahindra and Mahindra to the deal. According to previous reports, Japan’s Toyota Motor Corp has also been looking at investing.

Ford acquired Aston Martin in 1987 and then sold it for $925 million in 2007 to a consortium of Kuwait’s Investment Dar Inc and another Kuwaiti investment fund, Adeem Investment.

Trying to restructure their debts, the Kuwaiti companies are now seeking to sell 64 percent of the British car company for $800 million.

Famed for its regular star appearances in James Bond movies, Aston Martin celebrates its centenary in 2013.

Analysts said they considered Geely a potential investor in Aston Martin, given the accelerating sales of Western brands already in China.

Entering the Chinese market in 2008, Aston Martin’s sales surged 80 percent from a year earlier in 2011. Officials said they expected China to be its largest market in the future.