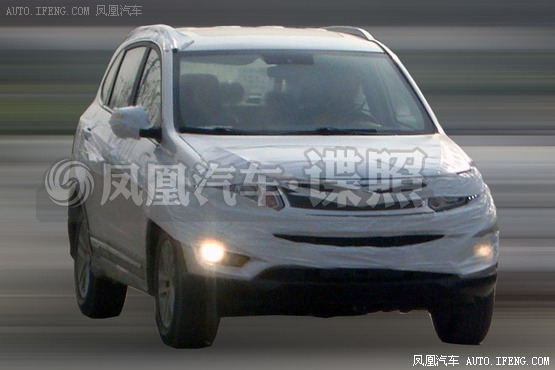 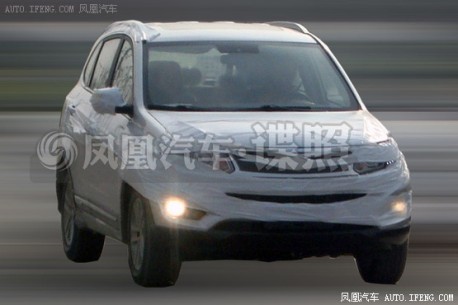 New spy shots of the upcoming Chery T21 SUV. It will be launched on the Chinese car market next year, called ‘Cherry Tiggo 5′, the official successor of the extremely successful Chery Tiggo 3. The latter however will likely continue for at least another two years as a super-cheap budget-SUV. 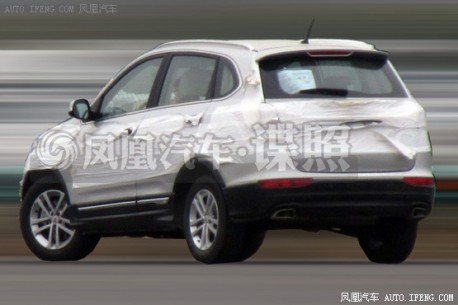 During the development of the T21 we have heard many conflicting stories about the available engines. Chinese media now reports that the old 132hp 2.0 is certain, the engine will be mated to an updated version of Chery’s CVT. Other engines that will be used in the T21/Tiggo 5: 116hp 1.6 and a 150hp 1.6 supercharged. Chinese media also speculates about the possibility of a 2.0 turbo with some 170hp. Well, that’s a new one yet again! 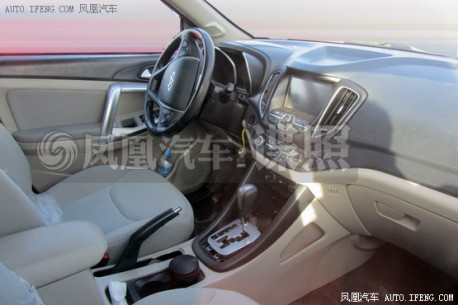 The best picture so far of the interior. Sporty dials, aimed at the driver so the wife can’t see the the speedo. Big screen burried a bit too deep in the center console. Overall a big improvement compared to the current Tiggo 3, design and materials are both much better than before.