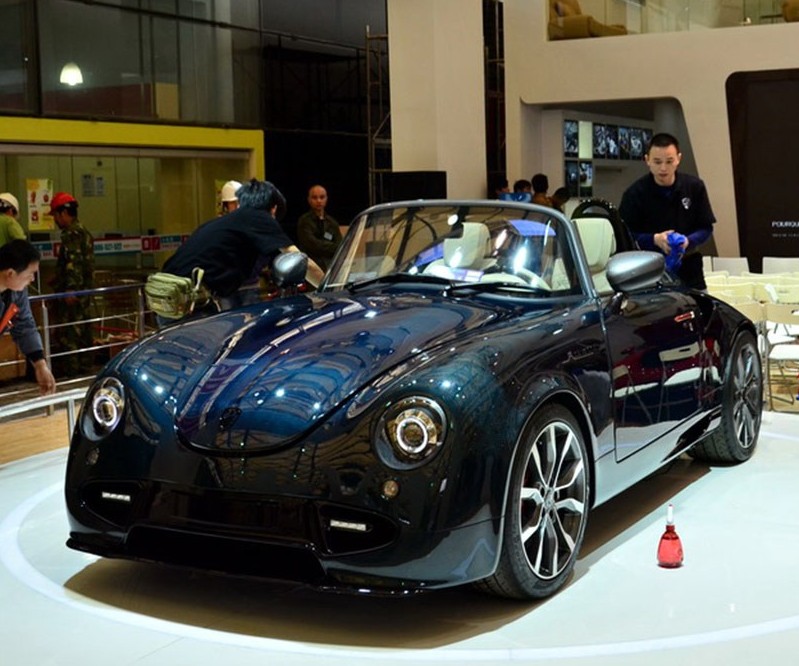 The PGO Cevennes has arrived on the Shanghai Auto Show where it will have its China-debut tomorrow, but we got it today. The PGO Cevennes is a small and open retro sportsmachine made by PGO Automobiles of France. The sleek black car on center stage is a ‘China-special’ with carbon-fiber-style body work and racy alloys. 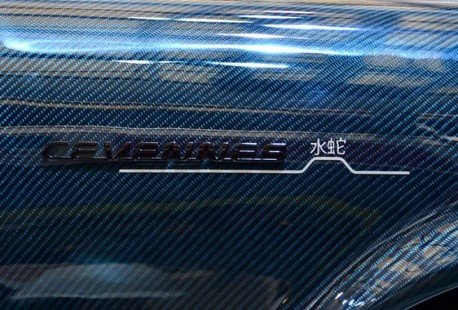 The Chinese name for Cevennes is ‘Shui She’, or ‘Water Snake’, which sounds kinda cool. The French ‘Cevennes’ however has nothing do to with serpents; it’s a mountain range. The PGO Cevennes is powered by a BMW-sourced 1.6 turbo with 184hp and 240nm, sending power to the rear wheels. Weight is only 998 kg (not 1000) so the Cevennes is fast, top speed is a roof-blowing 225km/h. 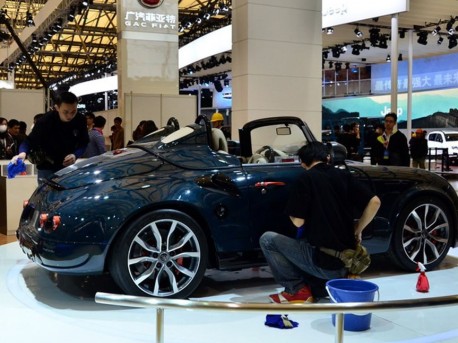 Red door handles are likely part of the China-special too. Engine is in the back. Design of the Cevennes is inspired by the classic 1950’s Porsche 356 Speedster. PGO will set up shop in Shanghai first and open a dealership in Beijing late this year. Price for this mad little car will be announced tomorrow, but cheap it will not be… 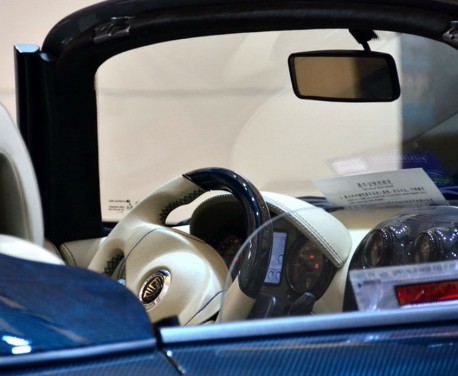 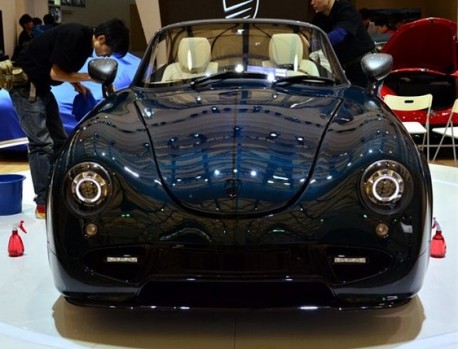 Will this sell in China? The PGO will compete with many other small car makers of semi-exotic cars that have come to China over the last five years. Some are a success, but most are gone within a year. Creating a strong brand and finding wealthy buyers is increasingly difficult in China where potential customers have more choice than anywhere else in the world.