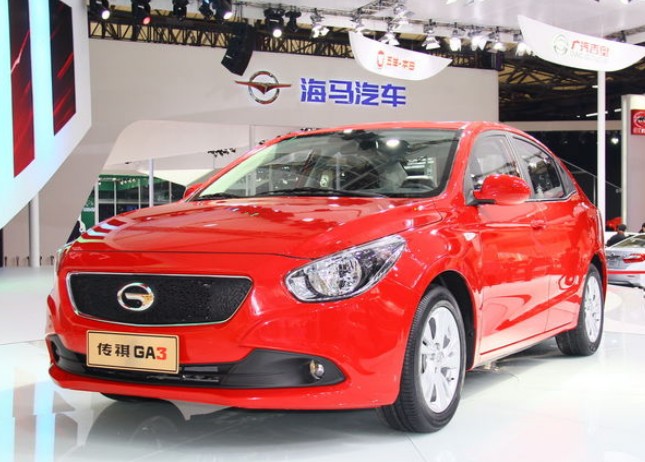 The Guangzhou Auto Trumpchi GA3 sedan has been launched on the Shanghai Auto Show, looking very sharp in red. The Trumpchi GA3 is one of the best looking Chinese cars so far, showing that Chinese auto makers are in fact able to design attractive cars, if they try hard. 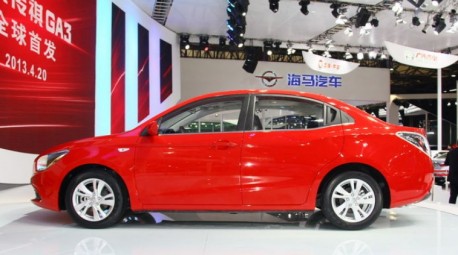 Great lines there around the C-pillar. The Trumpchi GA3 sedan sedan, formerly known as the Guangzhou Auto AF, will be launched on the Chinese car market July, price will range from about 70.000 to 100.000 yuan. 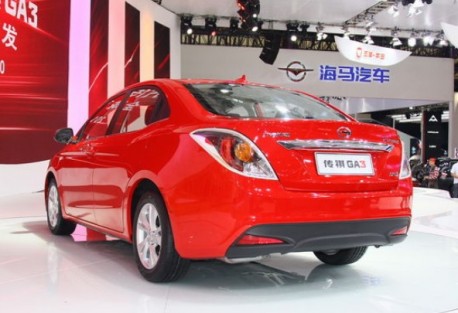 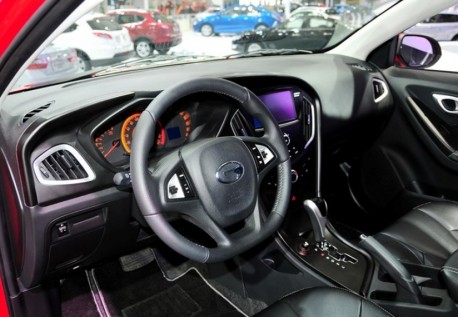 Very sporty here, with a flat-bottomed steering wheel and orange dials. Color scheme a bit on the dark side, where other Chinese automakers are moving to lighter colors. 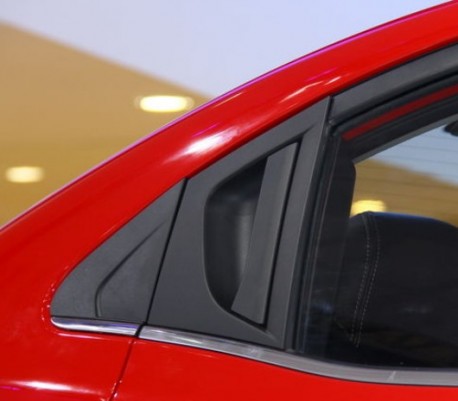 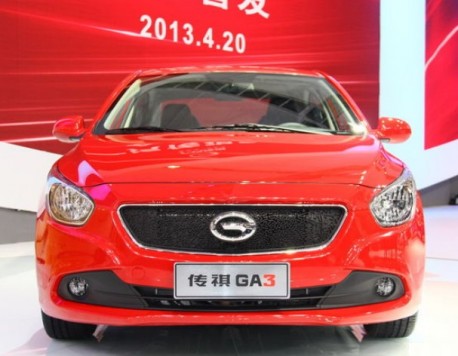 Small headlights look angry. Not much chrome for a Chinese car. Any extra shiny stuff would disturb the lines too much.