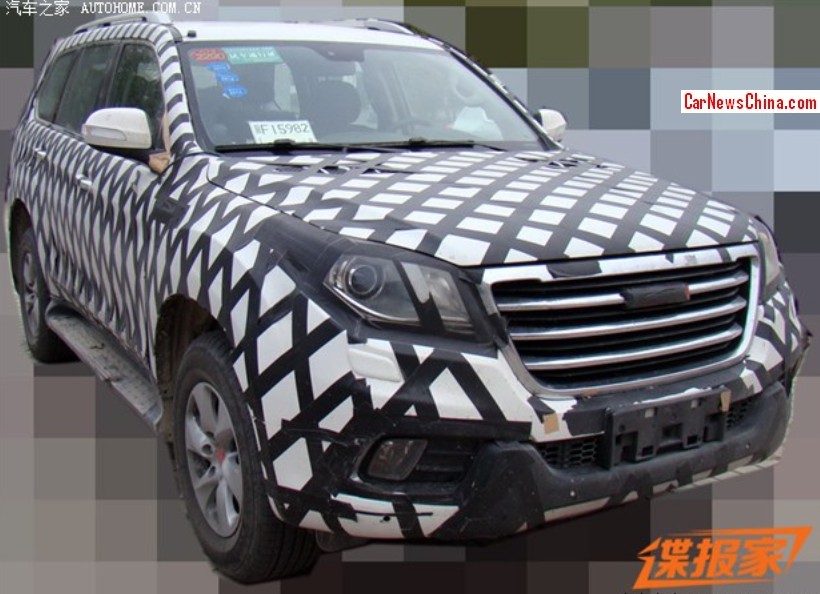 New spy shots of the huge Haval H9 SUV testing in China. The Haval H9 will debut on the Beijing Auto Show in April 2014 and it will be launched on the China car market in the first half of 2014. Price will start around 200.000 yuan. The Haval H9 will be the biggest SUV under the Haval brand, it will be positioned above the upcoming Haval H8 SUV. 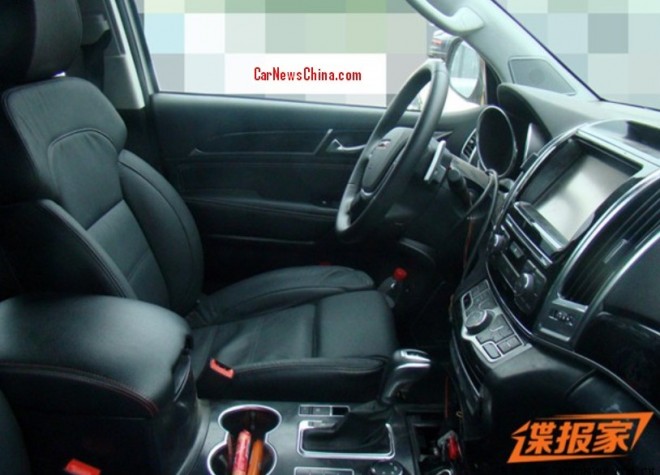 Interior loox very classy for a Haval. The test driver apparently likes to eat cheap Chinese sausages, which he keeps cool in the cup holder. These kinda sausages, filled with 99% filth and 1% pork or chicken meat, cost only 3 yuan and are available everywhere. They taste like crap but somehow the whole of China just loves to eat the stuff. 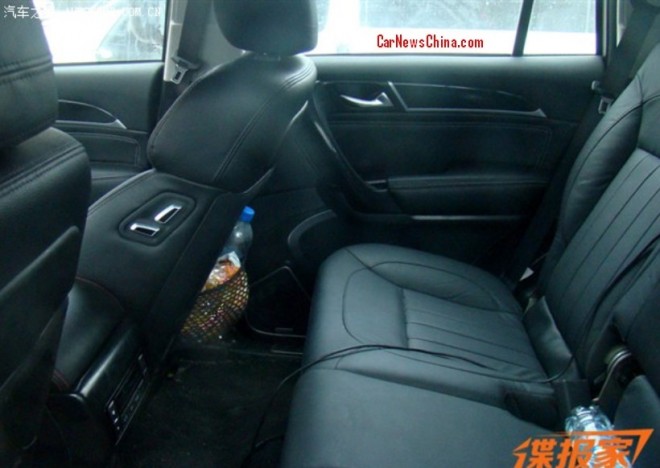 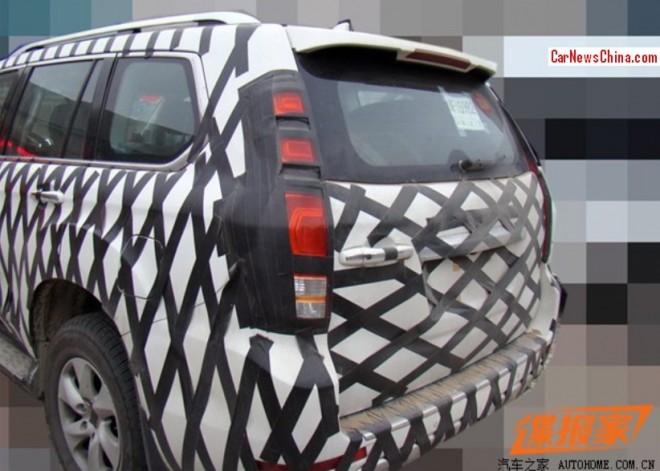 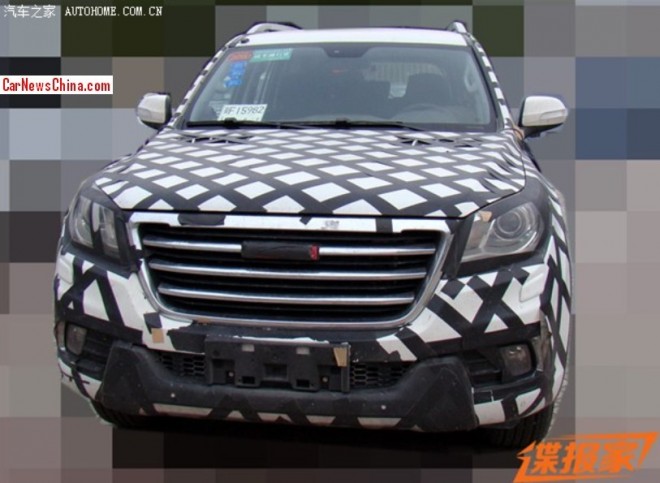 Huge grille with 10 kilo of plastic chrome a striking feature too. 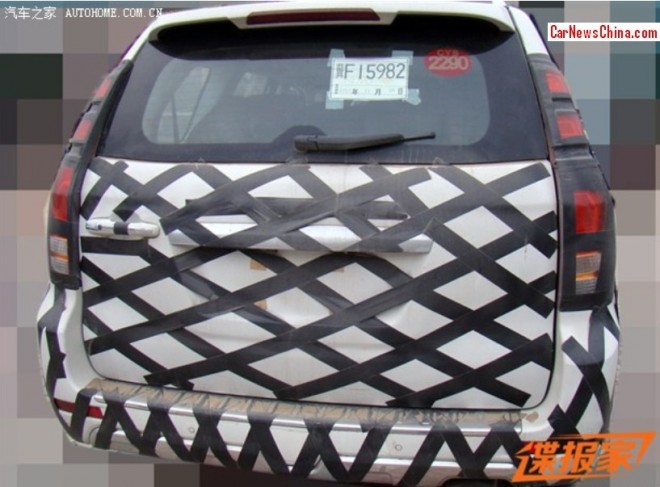