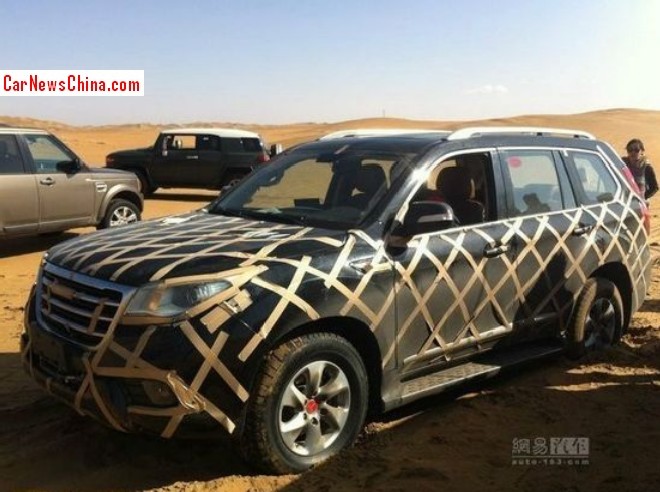 Spy shots showing the new Haval H9 SUV fighting the mud during off-road testing in the desert in China’s Inner Mongolia Province. The Land Rover Freelander and Toyota FJ Cruiser do not have any problem. The Haval H9 will debut on the Beijing Auto Show in April 2014 and it will be launched on the China car market in the first half of 2014. Price will start around 200.000 yuan. 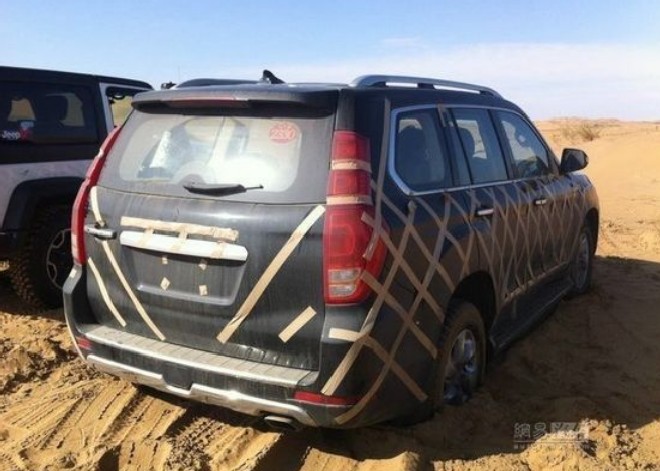 Jeep Wrangler has no problems either. 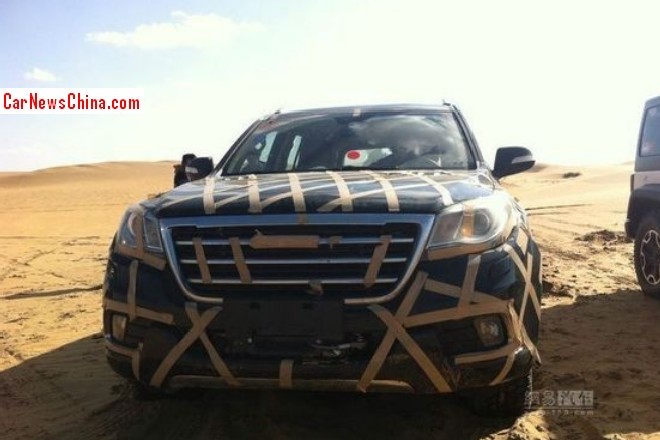 Giant grille with lots of chrome will appeal to Chinese car buyers. 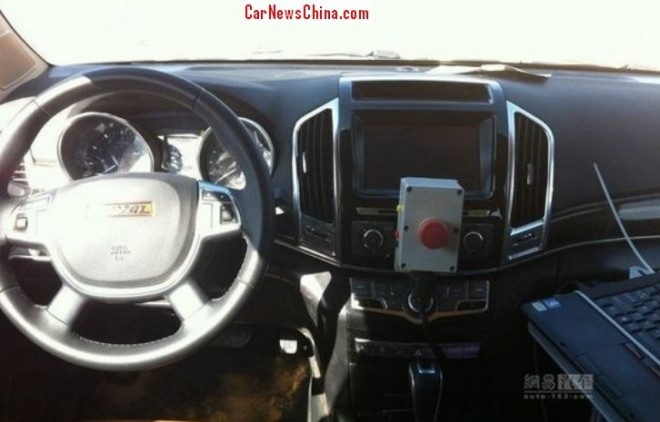 Sporty dials because the H9 is sporty. Large screen on the center console. Note red emergency button, a common feature in test cars, pressing it will switch off all electronics and thus the engine. 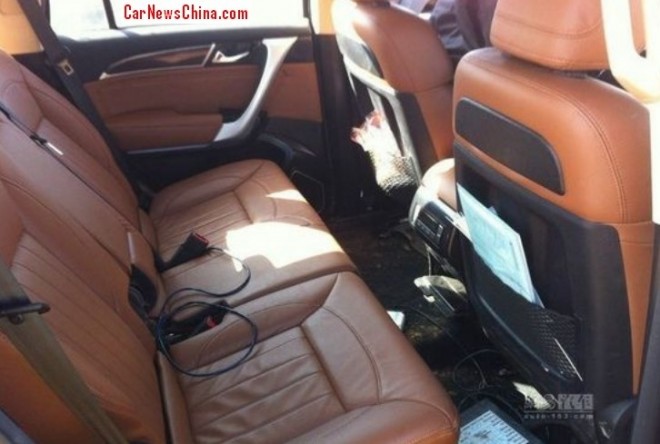 Looking at the shape of the leather this test car must have made a many miles.