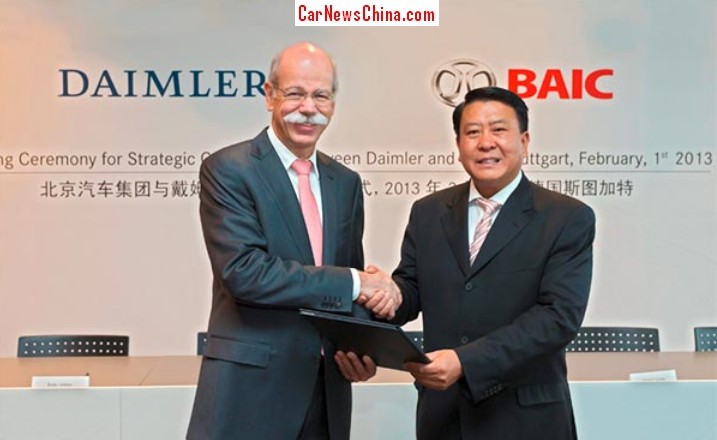 To further cement the partnership, BAIC chairman Xu Heyi earlier told Chinese media that the Beijing-based automaker is also mulling an investment in Daimler, depending on the market situation and how much funds it has at its disposal.

Dieter Zetsche, Daimler’s chairman of the board of management and head of Mercedes-Benz Cars, told China Daily on Tuesday in Beijing that the German automaker is open to any possibilities on the issue, including interest from the Chinese company, however, no potential agreement had been reached yet.

Xu, of BAIC, confirmed last week that the group’s overseas listing plan is now going through a comprehensive evaluation and will be completed in the first quarter next year.

The advanced service industry and logistics advantages make Hong Kong one of the stock markets being considered by the company.

Daimler said in August that it is heavily investing 2 billion euros ($2.7 billion) in BBAC, to make it the largest Daimler production facility in the world by 2015, through more than doubling the annual capacity to 200,000 units.

With total investment of 400 million euros, and being based on a flexible production-line concept, annual capacity is planned for 250,000 units in the initial phase.