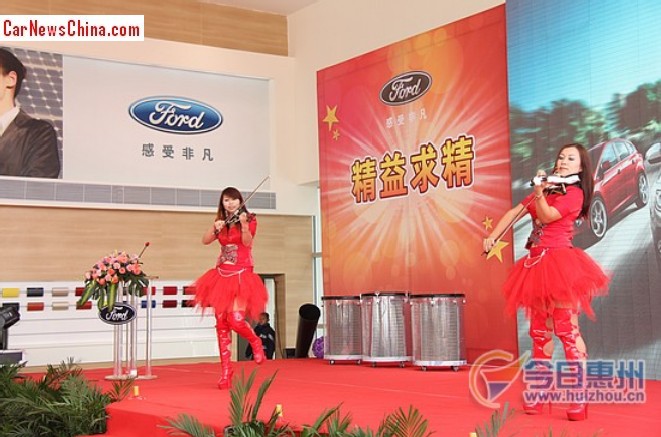 Ford continues to grow in China, car sales in 2013 saw a massive 49% plus, surpassing rivals Toyota and Honda in the world’s largest auto market. The outlook for 2014 is very positive as Ford plans to launch many more vehicles in China and is working hard to enlarge its dealer network.

“2013 has proved to be a milestone year for Ford’s accelerated growth in China as we delivered on our plan to bring to China seven of Ford’s next-generation global vehicles,” John Lawler, chairman and CEO of Ford Motor China.

The Dearborn, Mich., company’s China sales still remain behind U.S. rival General Motors (GM), the largest of the Big Three. Both GM and Volkswagen are expected to report annual China sales of about 3 million vehicles each, and Japanese automakers Nissan and Hyundai will likely post sales of more than one million.

Jiangling Motors, Ford’s commercial vehicle investment in China, set a new record with sales of 230,006 units, a 15% improvement. Ford purchased an additional 2% of shares in JMC last year, raising its stake to 32%.

Ford also said its overall December sales in the country rose 35% to 94,838 vehicles. That compared to a 47 percent increase in November and a 55 percent jump in October.