Lincoln to launch in China late this Year 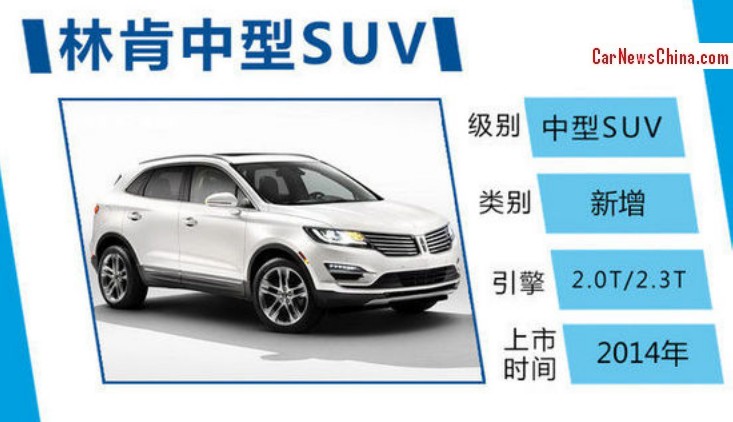 Ford’s luxury Lincoln brand will finally be launched in China late this year. Official debut is expected for the Guangzhou Auto Show in November. The first Lincoln to be sold in China will be the brand new Lincoln MKC SUV that debuted in concept form on the Detroit Auto Show earlier this month. 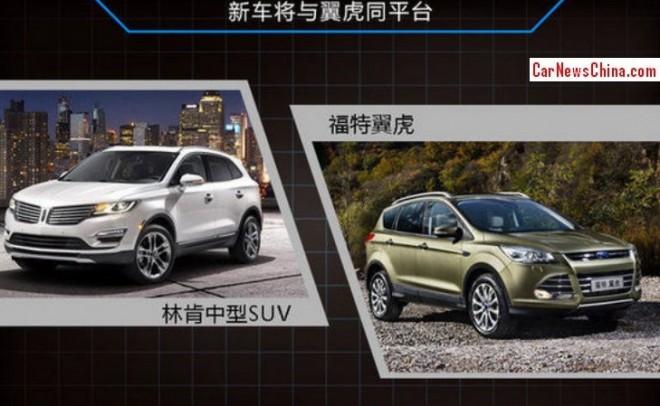 The Lincoln MKC will be imported into China first until local production in China starts sometime in late 2015. The Lincoln MKC is based on the same platform as the Ford Edge/Kuga, which is already manufactured in China by the Changan-Ford joint venture.

Interestingly, Chinese automotive media also say that Ford is working on a China-only long-wheelbase variant of the Lincoln MKC which will be produced alongside the standard wheelbase variant.

The China-bound Lincoln MKC will be available with two petrol engines: a 2.0 turbo with 237hp and 366nm, and a 2.3 turbo with a very happy 270hp and 407nm, both mated to a 6-speed PowerShift DCT. The Lincoln MKC will mainly compete with the successful Audi Q5 and the Mercedes-Benz GLK.