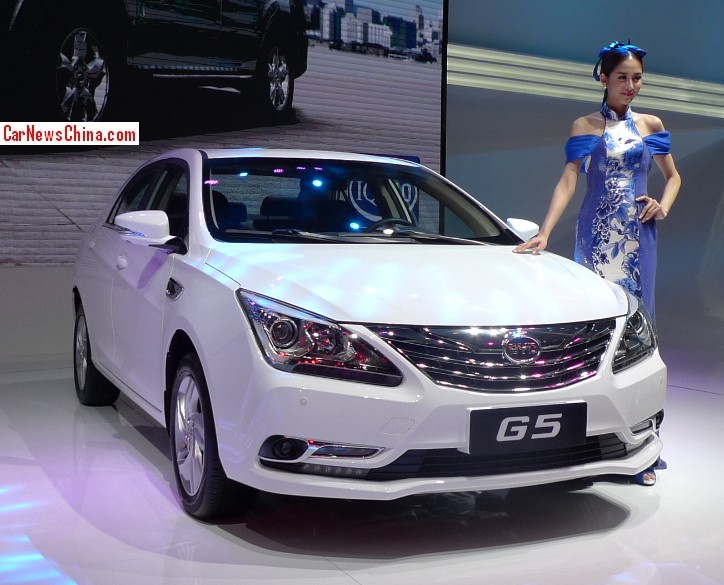 The new BYD G5 sedan debuted on the 2014 Beijing Auto Show. The BYD G5 is a new addition to the BYD line-up, it will be positioned between the BYD F3 and the BYD G6. The G5 will be launched on the China car market in the second half of this year. 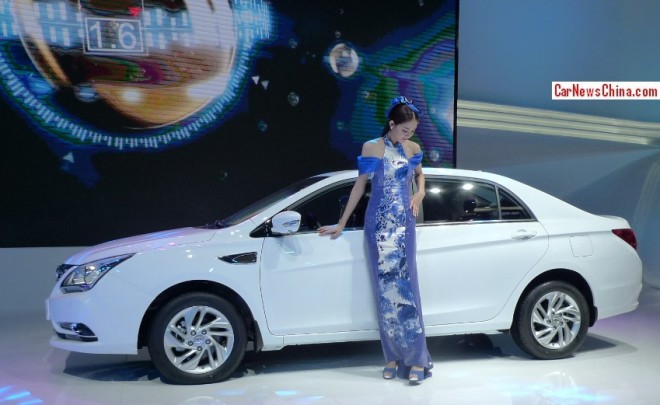 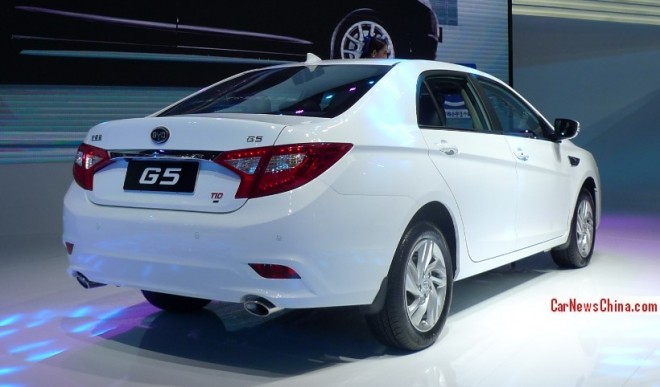 Two chromed exhaust pipes scream power. Rear lights are huge. All taken together a decent vehicle with a fine engine for a decent price, but very exciting it is not.