Weichai Auto Yingzhi G3 debuts on an Airport in China 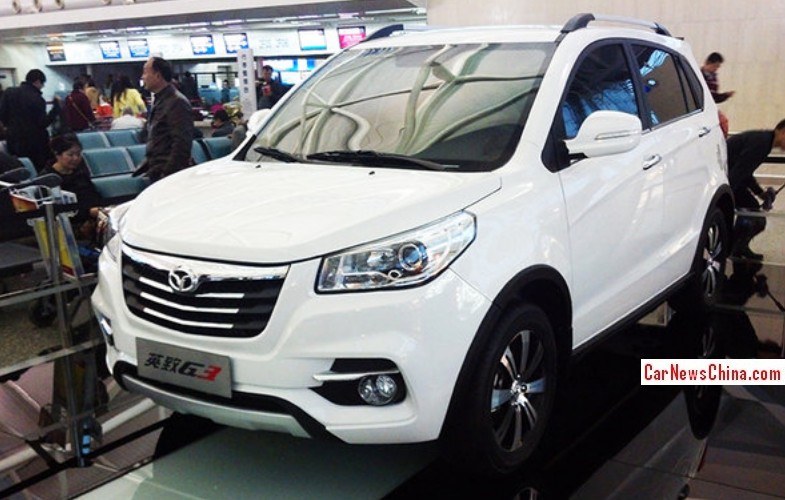 The new Weichai Auto Yingzhi G3 did not debut on the 2014 Beijing Auto Show. Instead, one white example was spotted in the departure hall of Weifang Airport near the city of Weifang in Shandong Province, making the Yingzhe G3 the very first car to debut on an airport. 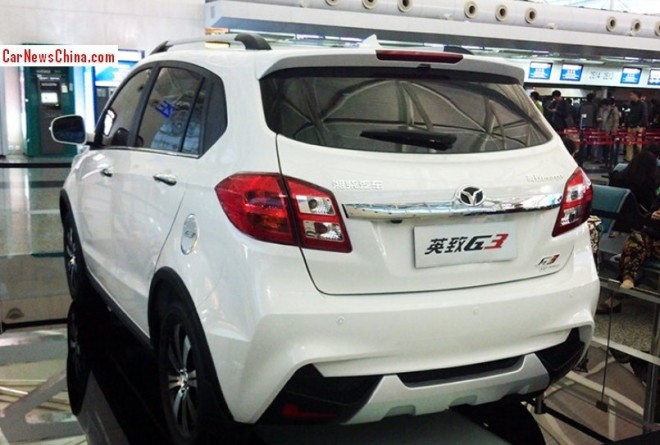 Weichai Auto is a new car brand owned by Weichai Power, one of the largest Chinese engine makers and sponsor of the Ferrari F1 team (check chick!) The company is based in Weifang. Yingzhi is the brand name, called Enranger in English. The Yingzhi G3, formerly known as Yingzhi S201, will be launched on the China car market in the second half of this year for about 75.000 yuan. The G3 will compete with fine cars such as the Changan CS35 and Great Wall M4.

Power comes from a 1.5 liter four-cylinder petrol engine with 102hp and 141nm, mated to a 5-speed manual, sending horses to the front wheels.  The engine is manufactured by the Mianyang Power Machinery Corporation which has close ties to Weichai Power. The engine was originally designed by Mitsubishi. Size: 4066/1737/1657, wheelbase is 2502.

The G3 will primarily be marketed in second and third tier cities where car buyers are still more concerned about price than about brand.