This is the first leaked-official photo of the new China-only Volkswagen NMC, looking a bit more boring than we hoped. The Volkswagen NMC, or New Midsize Coupe, debuted as a concept on the Beijing Auto Show in April. The production version will debut on the Chengdu Auto Show in September and launch on the Chinese car market in early 2015. 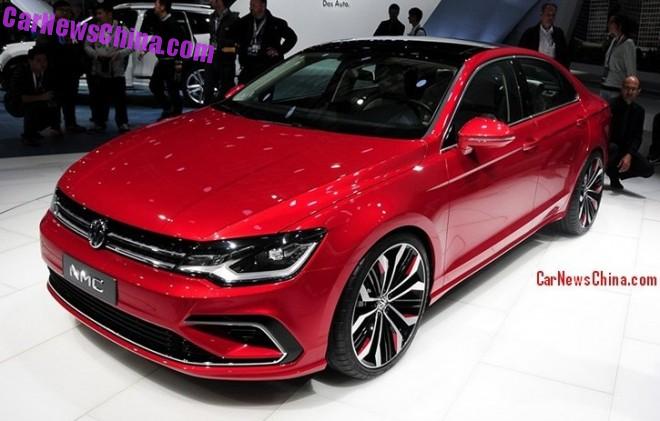 The NMC at the Beijing Auto Show.