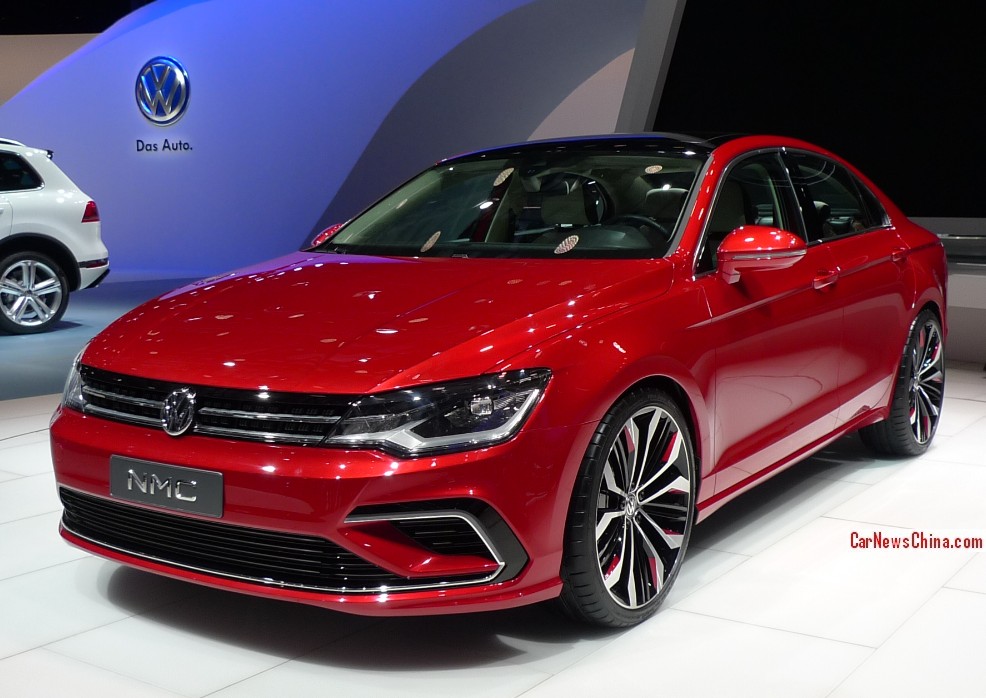 The Volkswagen NMC Concept debuted on the 2014 Beijing Auto Show, looking like a chili pepper dying to explode. NMC stands for New Midsize Coupe, previewing a new CC model to attack to popular Mercedes-Benz CLA. The production version will be based on the Volkswagen Jetta (called Sagitar in China), standing on the MQB platform.

The NMC Concept is ‘powered’ by the 217hp four-cylinder petrol engine from the Volkswagen Golf GTI, which would make for a fine base engine. The production version will be launched in late 2015. It will be manufactured in Mexico and in China at the Shanghai-Volkswagen joint venture. 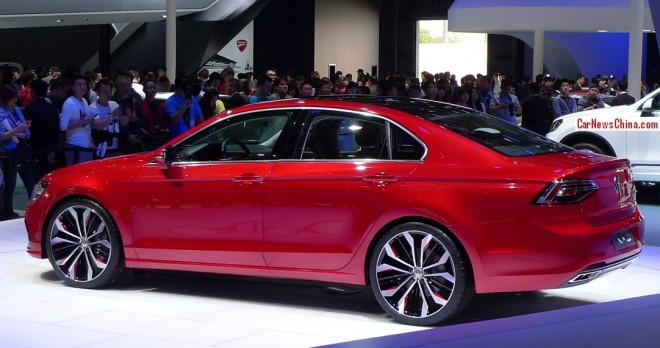