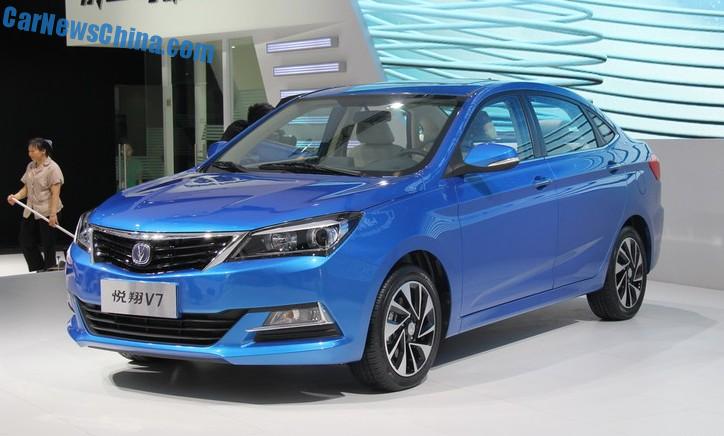 The new Changan Yuexiang V7 sedan debuted in China on the Chengdu Auto Show. The Yuexiang V7 is the successor of the good old Changan Yuexiang (without ‘V7′). It will be launched on the Chinese auto market just before the end of this year, giving Changan a credible competitor in the super competitive sub-compact sedan market. 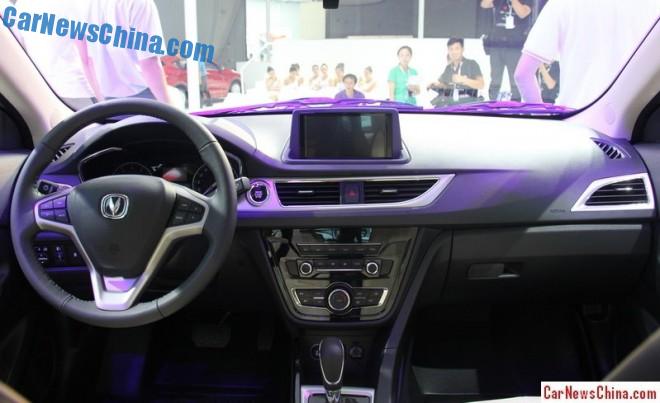 Screen looks like it can pop-up but it is actually fixed. Such a creative design idea. 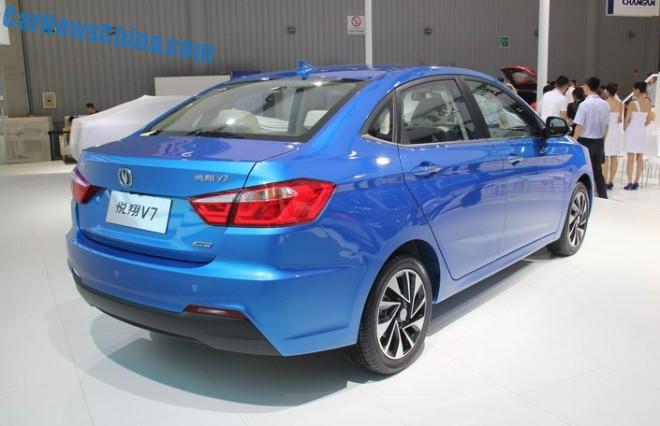 Sharp taillights, subtle chrome strip below the windows. Definitely one of the best looking small Changan-branded sedans so far. 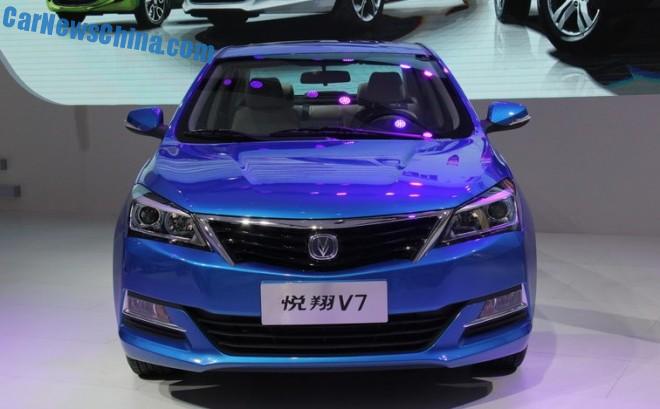 Grille not chromed at the bottom. Another creative design idea.