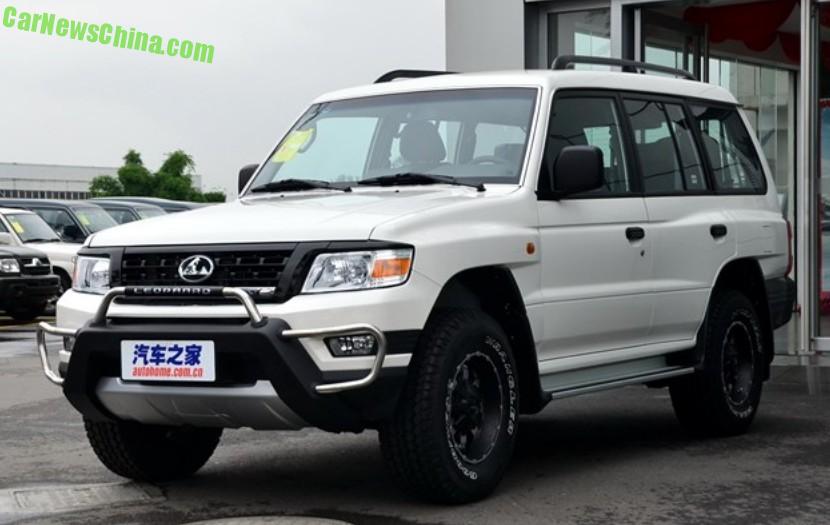 This is the superbly cool Changfeng Liebao Q6 SUV for China. The Liebao Q6 debuted in April on the Beijing Auto Show and was launched on the Chinese car market today. Price starts at 119.900 yuan and ends at 179.800 yuan ($19.300 – 29.000), and that is just no money for such a brilliant big and badass machine.

The Changfeng Liebao Q6 is basically a dressed up variant of the almost-as-cool 2013 Changfeng Heijinggang, which is again based on the… 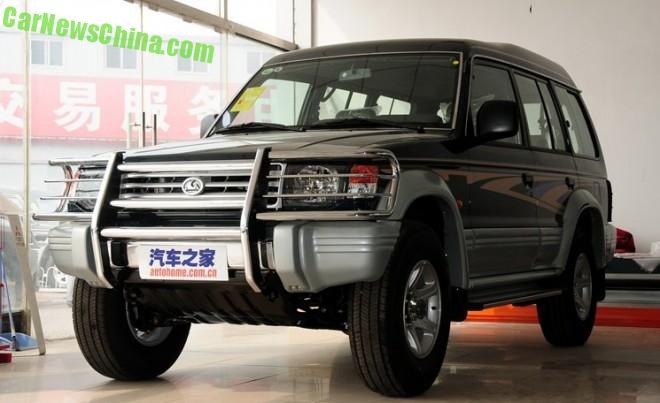 Changfeng however continues to use the platform, and basically the whole body, for various self-designed variants; including the Liebao Q6, the Heijinggang, and the Liebao CS6. 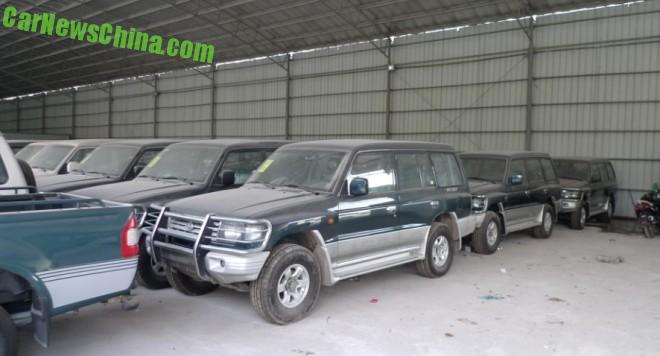 Just last week we were in Guangzhou were we found a whole barn full with brand new, but very dusty, Heijinggang SUV’s. They were selling them right off the floor for 79.000 yuan a piece, powered by a 129hp 2.2 liter petrol engine. 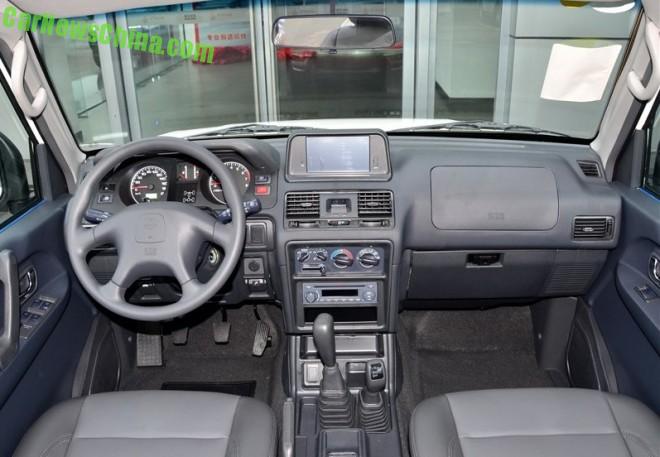 Back now to the Liebao Q6! The dashboard is a disappointment. It is the same as in the Heijinggang. The Q6 on the Beijing show had a much fancier dash, but Changfeng apparently didn’t manage to produce it. On the plus side; the crappy dash makes the Q6 much cheaper than the 120.000 yuan previously expected. 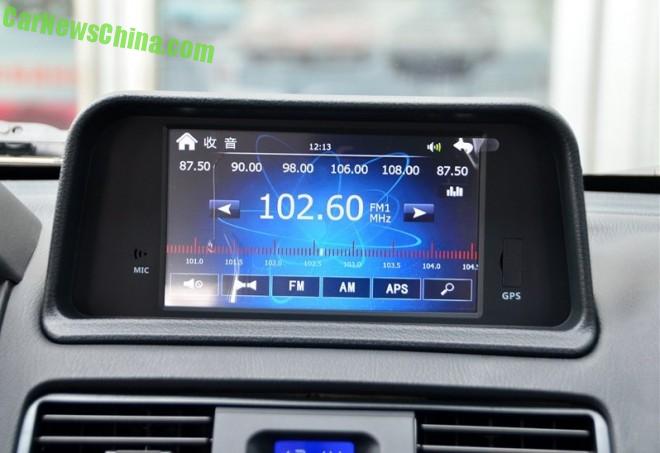 And in anyway, it has a touch screen infotainment system with radio and sat-nav. 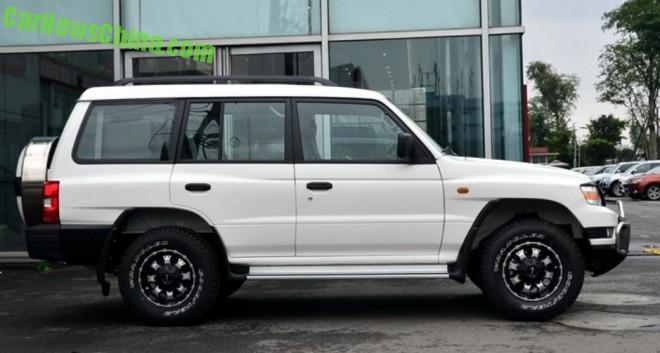 Great work on those wheel arches! 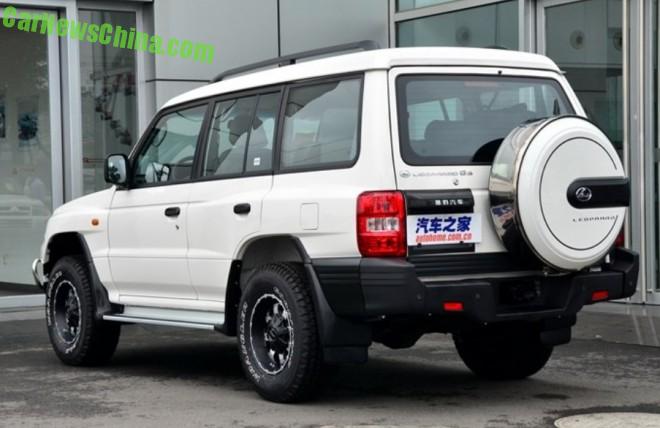 Proper roof rails and loads of black rubber. This Liebao Q6 is a beast. 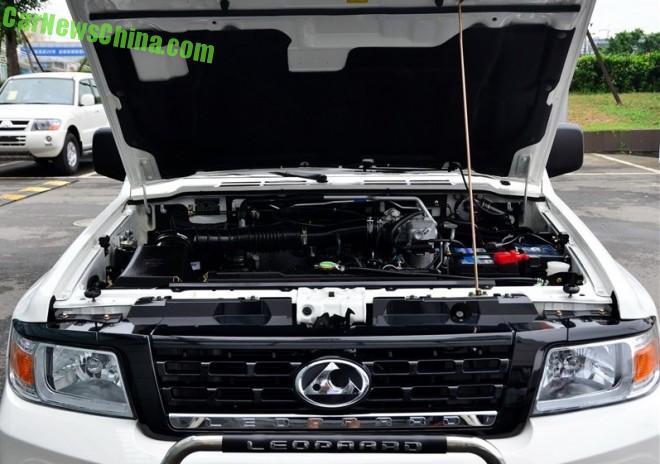 Liebao means ‘leopard’, spelled as ‘Leopaard’ by Changfeng, with an extra A. 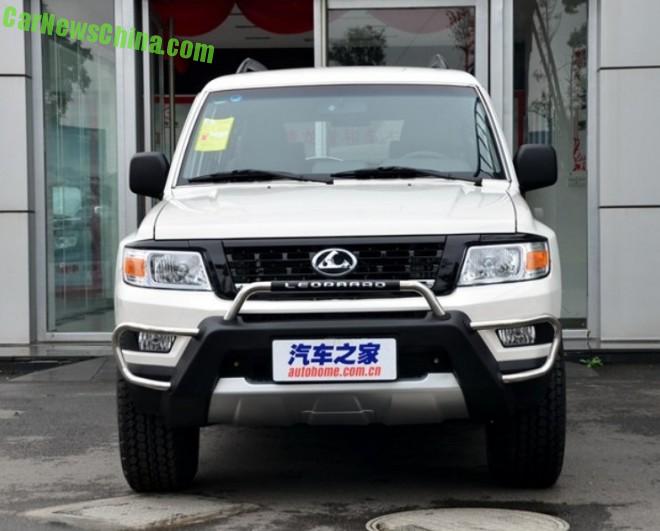