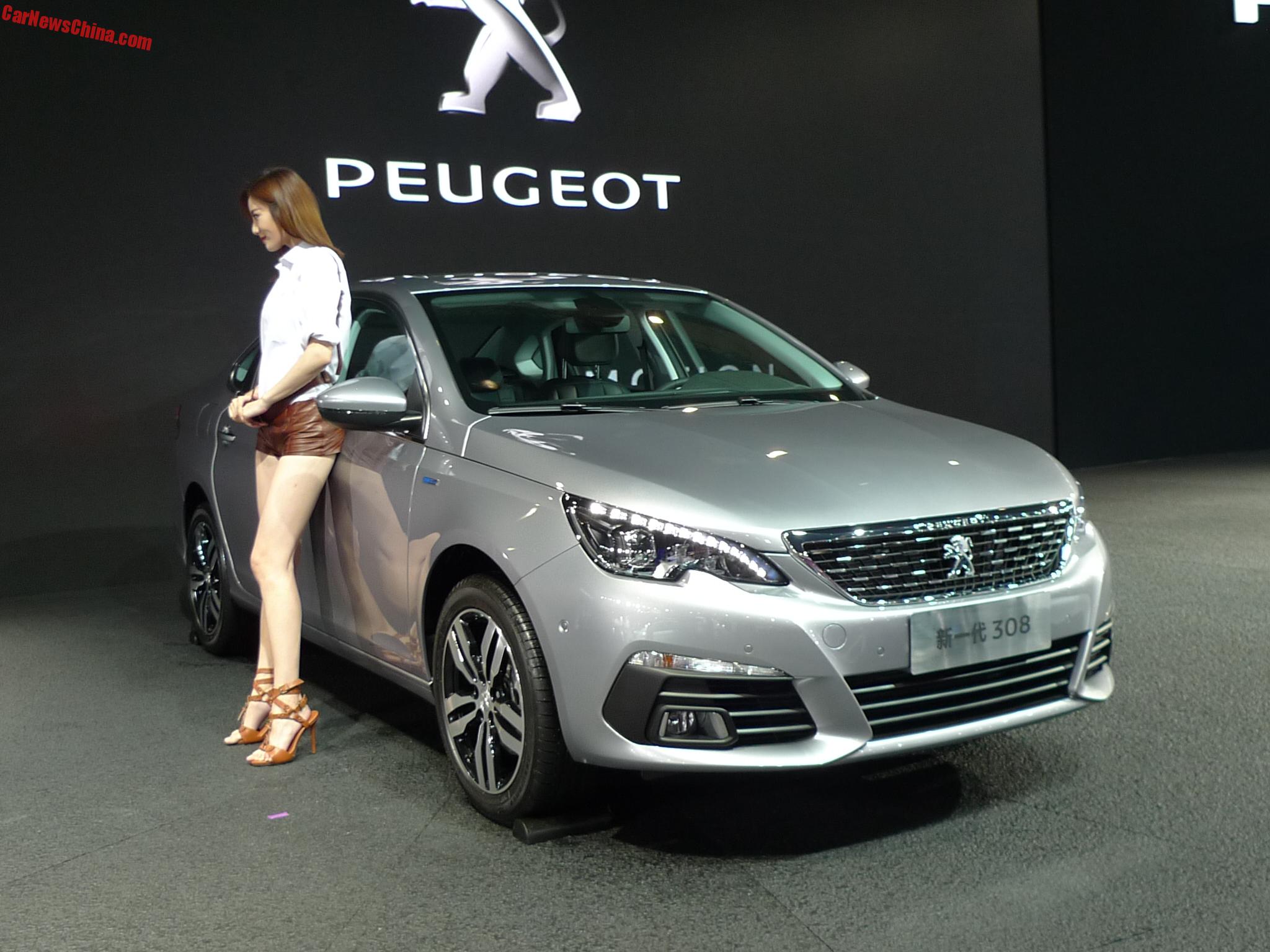 The production version of the new Peugeot 308 sedan launched today at the Chengdu Auto Show and it will be launched on the Chinese car market on September 25; price will start at 108.000 and ens at 160.000 yuan.

Note blocks in front of the front wheels, they were apparently afraid of a handbrake failure. Note model. Poor her. She looked so unhappy there, angry face and all, being ultra unattractive. I stayed around the car for about ten minutes. At one moment a Chinese photographer just asked her get lost, and she did, walking off stage. I found that kinda cruel, but such is life!

The Peugeot 308 is a China-only sedan manufactured by the Dongfeng-PSA joint venture. 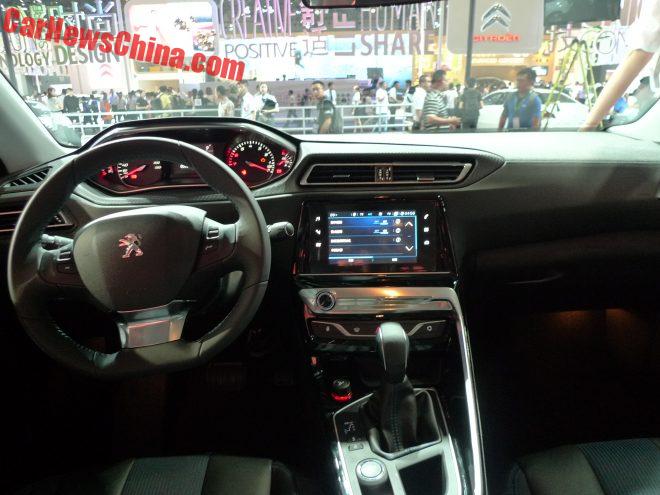 Dash is hip with an instrument panel located high up, a mid-sized touch screen, and a busy center tunnel with a clearly marked, in red!, cigarette lighter. 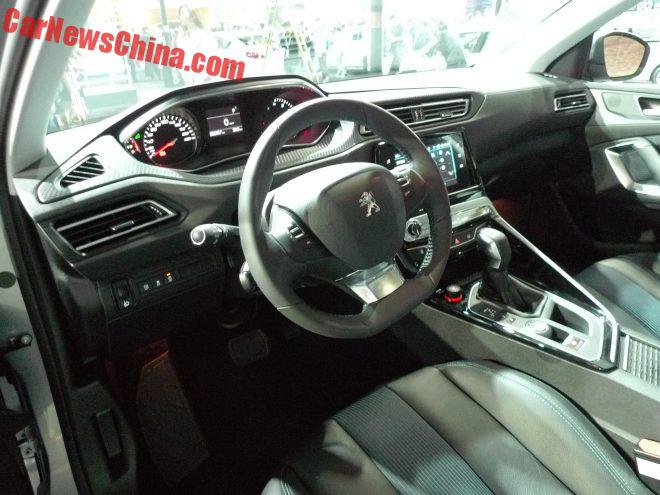 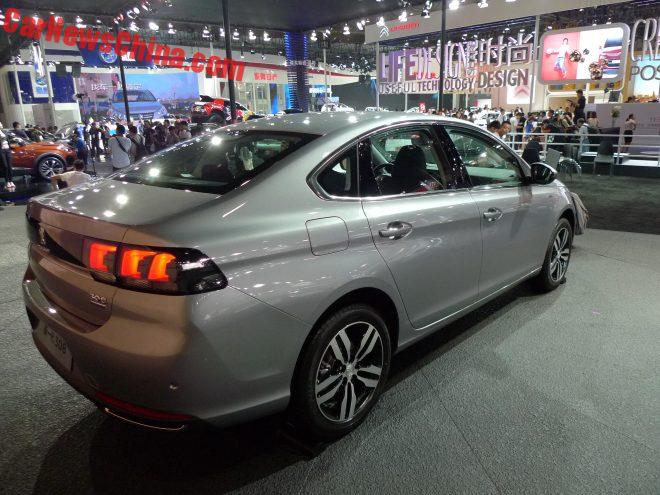 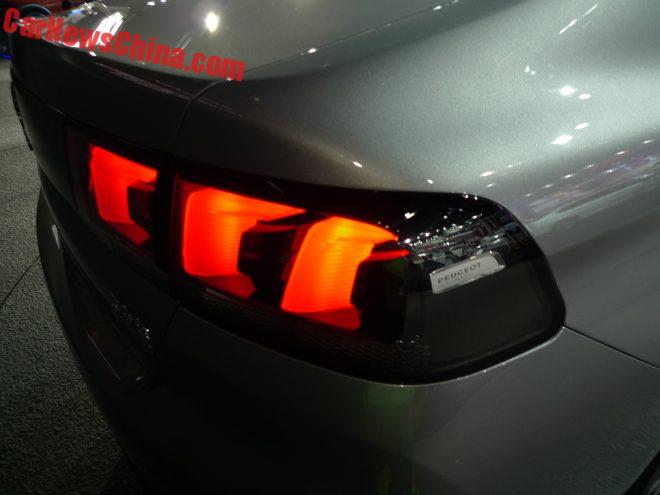 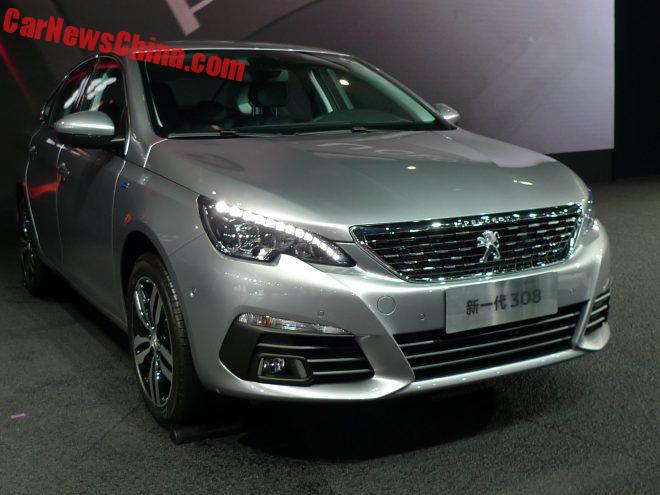 Much better without that babe! Love the line from mid headlight to the lower bumper. Nice car. Will compete in a very crowded segment, but surely has a chance.