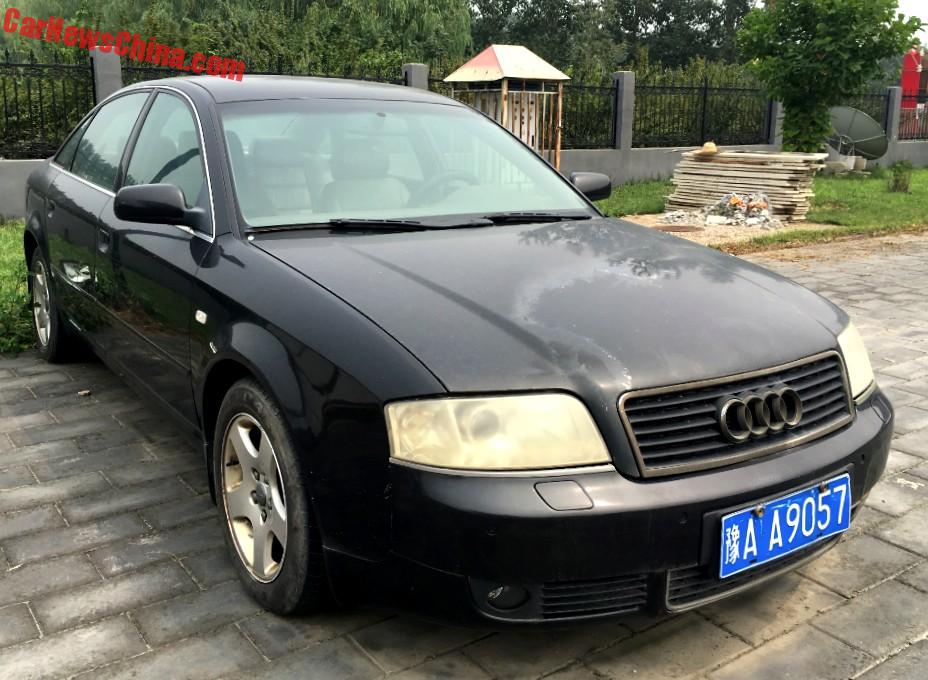 Today in China Car History and Spotted in China the Audi A6 Executive, an ultra luxurious variant of the China-made C5 Audi A6. I found this black example abandoned on a parking lot just to the south of the southern section of the mighty Fifth Ring Road. It was dirty and dusty but absolutely savable.

The second generation ‘C5 Typ 4B’ Audi A6 was manufactured in Germany from 1997 until 2004. Production in China at the FAW-Volkswagen joint venture started in 2004 and lasted until 2006. The Executive debuted in 2004. The wheelbase of the Chinese A6 was extended by nine centimeters for more space in the back. They didn’t change anything on the front or rear so it is also exactly nine centimeters longer.

Interestingly, this generation A6 was not called A6L, although it was nine centimeters longer than the original. They just called it ‘A6’. 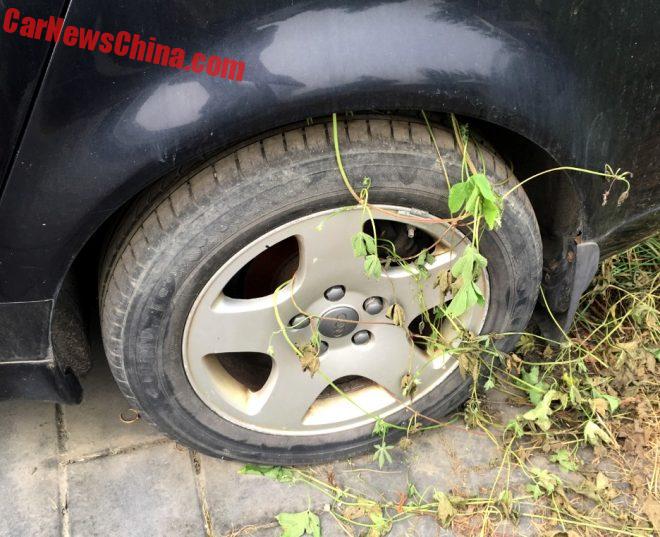 Green is taking over the wheel! 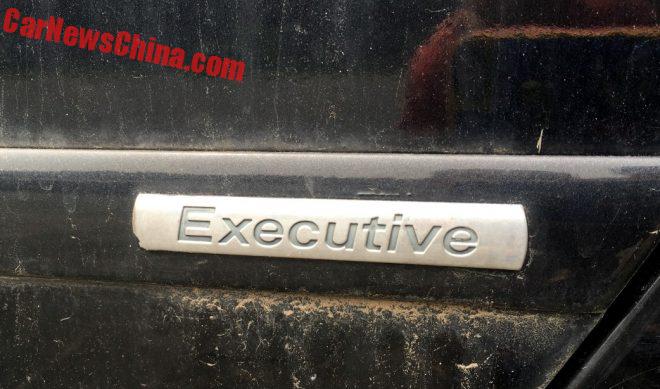 The Executive badge on the rear doors.

The A6 Executive came with a lot of goodies: tinted glass, anti-sun curtains, leather seats, electronically adjustable seats, a CD player with a six CD changer, an audio system called ‘concert hall’ with eight speakers, real-wood panels in the doors and dash, a small fridge between the rear seats, a tray table in front of the left-rear seat, and an rear-seat entertainment system with two DVD screens. And best of all: the mirrors had a memory function, so each chauffeur could save his favorite mirror position! 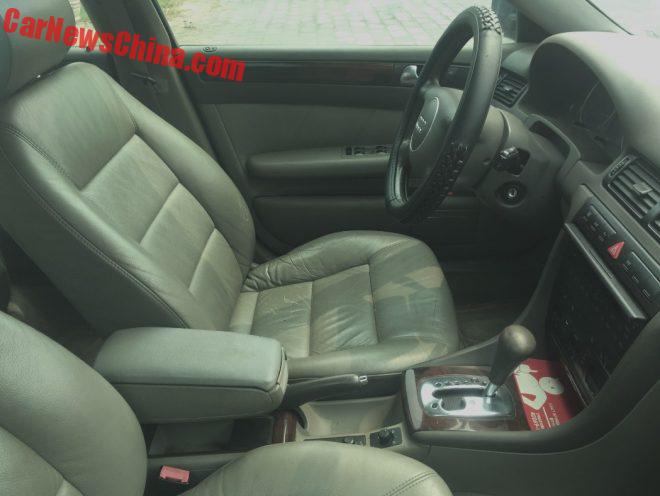 Complete original inside. Note the fancy wood and beige leather. The A6 Executive was aimed at the business world, an attempt to get the A6 away from the government, which was by far the biggest buyer.

The government indeed bought so many A-sixes that it became known as the “government car” which didn’t help sales to the public or to private companies. The A6 Executive had to change that but it sadly didn’t became a big success. It was expensive and the government image just didn’t go away. Price in 2004: a hefty 549.000 yuan!

The regular A6 was also available with a 1.8 turbo and a five-speed manual. 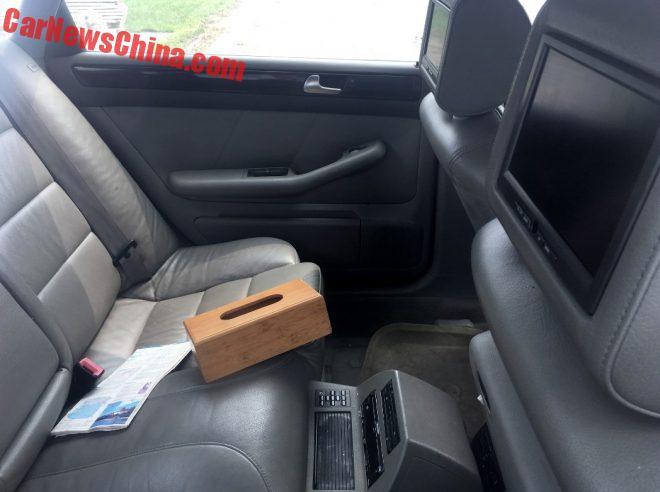 A screen for each passenger but there is only one tray table. The fridge is located in the middle between the seats behind the arm rest. Inside the arm rest sits an emergency first-aid kit! The fridge ate away a lot of luggage space. The A6 Executive is classified  as a five-seater, but the panel in the middle makes sure nobody with legs can sit there. 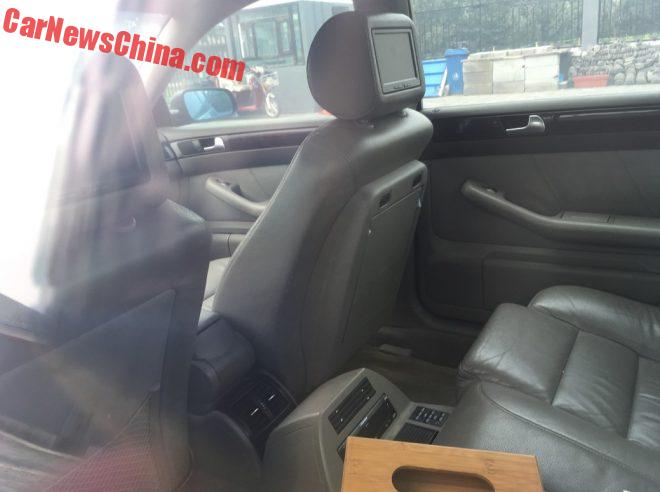 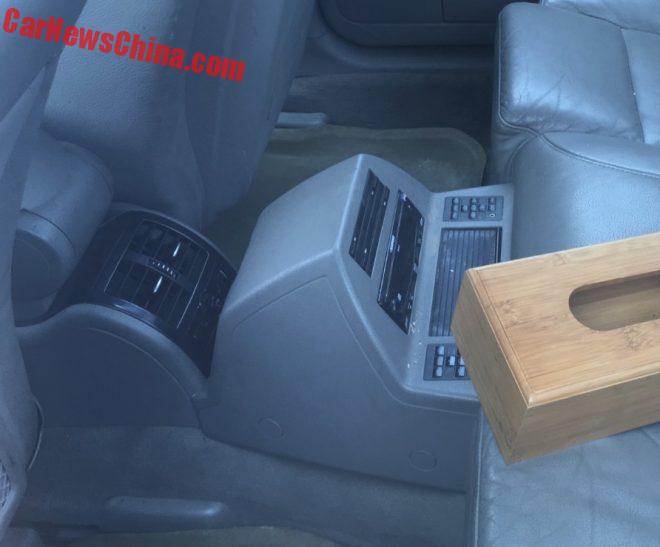 The panel controls the entertainment system. It looks very bolted-on, standing in front of the panel with the air vents, and standing rather low on the floor, making it difficult to reach from the rear seats. The poor executives have to bend over to get near the buttons! 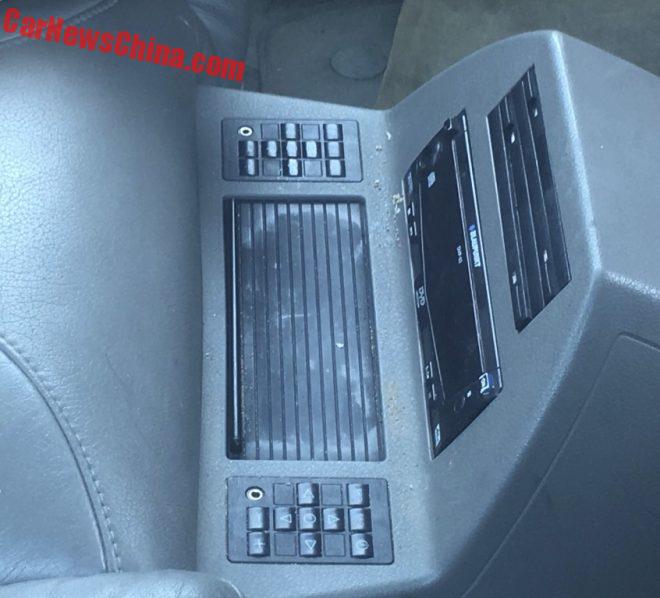 The system is made by Blaupunkt. It has two DVD trays so each passenger can watch his own favorite movie. Controls for the DVD are on each side of the box, which can contain eight DVD discs. 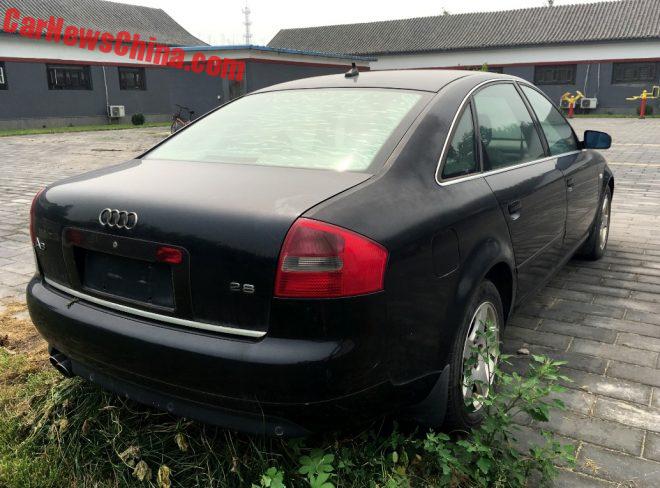 Body still in very good shape. Paint as smooth as silk, chrome all shiny. Very simple badges on this generation, an A6 badge on the left and a 2.8 badge on the right. No ‘Audi’ or ‘FAW-Volkswagen’ badges like the future generations would have, 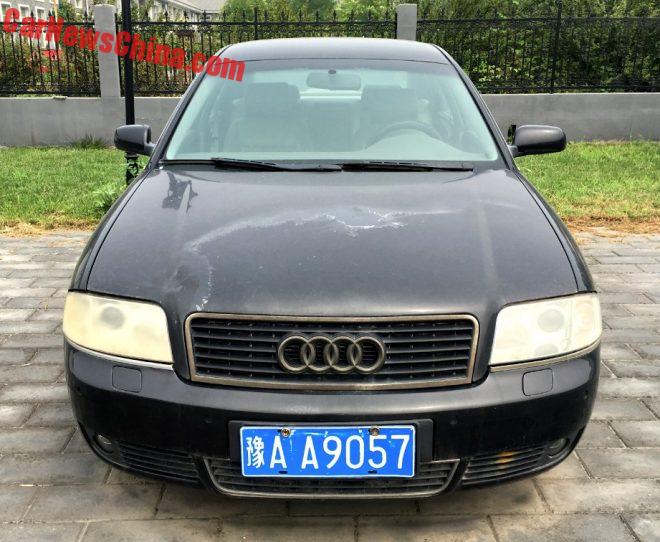 The Audi A6 Executive from China, a rare luxury saloon for businessmen. Too bad so few are still around. Headlights have turned yellow but the grille stands strong. License plate is of Henan Province.