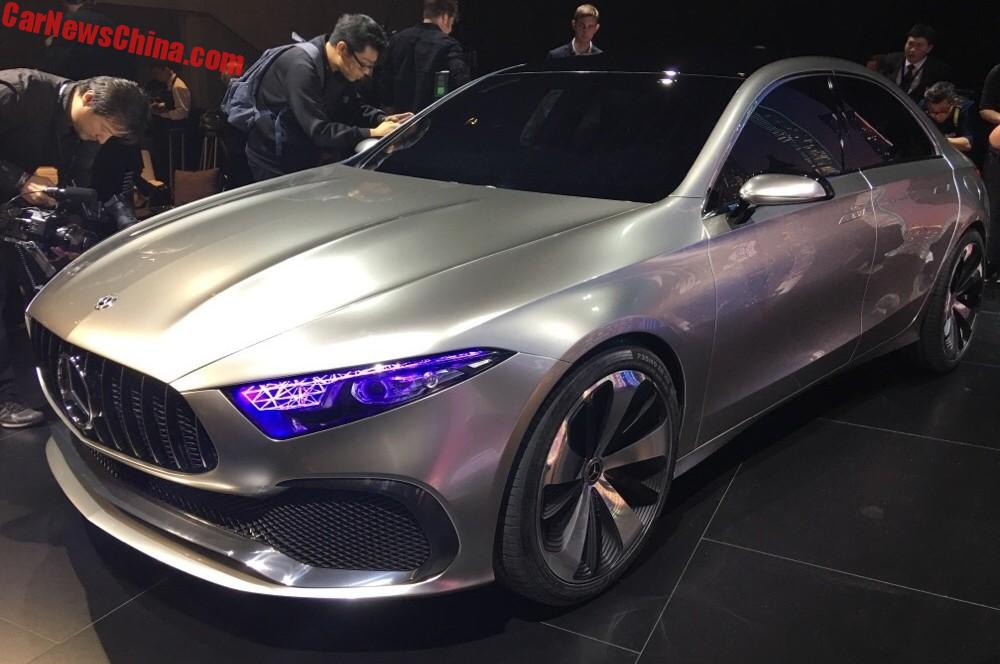 The new Mercedes-Benz Concept A Sedan has been unveiled in China, on the eve of the Shanghai Auto Show, showing off a sporty body with a racy grille and the most brilliant blue headlights. The concept previews the upcoming A-Class sedan for the Chinese market. The production version will be launched next year. 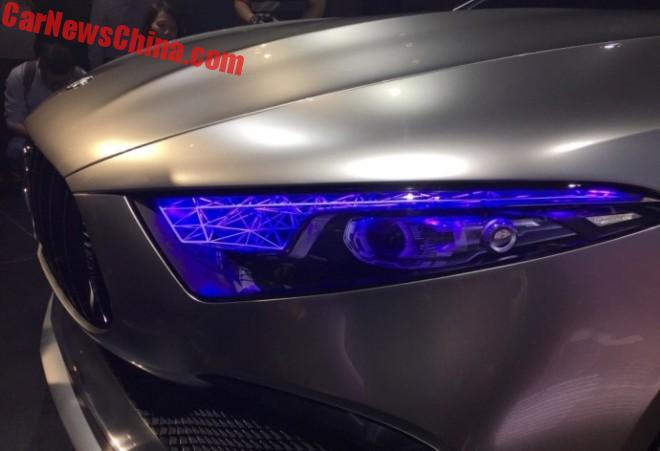 Probably the best lights I have ever seen. However, I have never seen the light. 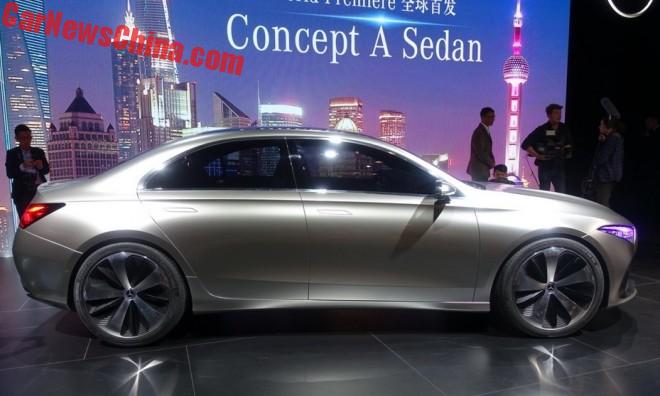 The A-Class sedan is an addition to the existing lineup and not a replacement of the CLA. It will be based on the new MFA-II platform and made in China by the Beijing-Benz joint venture to compete with other compact luxury sedans such as the BMW 2-Series sedan and the Audi A3 Limousine.

Like the 2-Series sedan it will be a China-only model, there are currently no plans for export to or production in other countries.

Wheelbase will likely be larger than the A-Class hatchback to create more space for the passengers in the rear.

The compact luxury segment is growing fast in China, in both sedan and SUV form. The cars that compete in the segment are relatively small but fully loaded and mostly of premium brands. Buyers of these cars want to show off with the badge and are willing to pay for it, but they don’t want a big car. They also don’t care too much about the engine and other tech. Low-spec versions simply don’t sell, so most automakers don’t offer any. 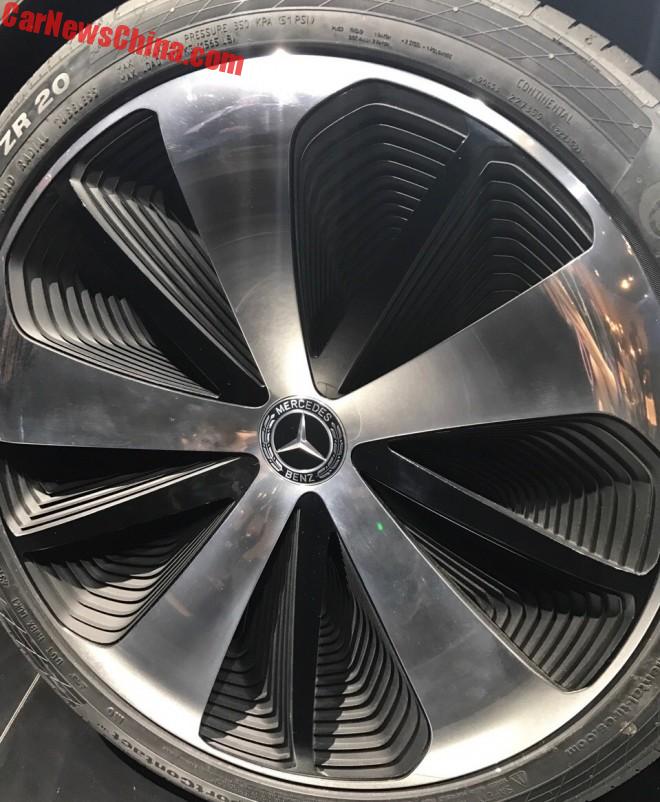 Beautiful multi layered wheels. This kind of wheels is fast becoming a fashion. Earlier on we saw similar wheels on the BYD Dynasty concept. 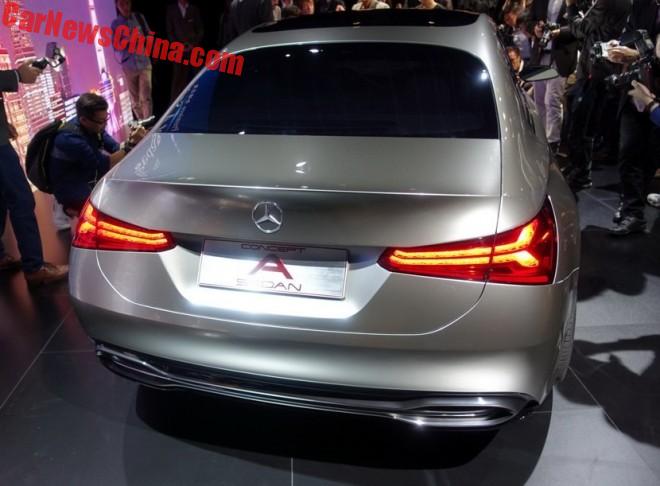 A short rear end with a subtle spoiler integrated in the boot lid. 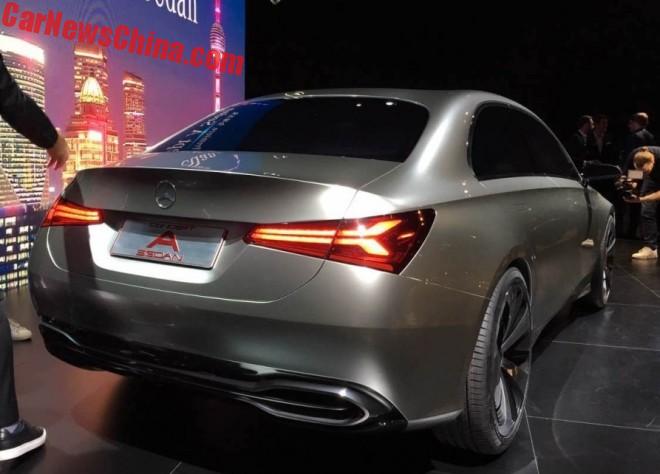 Rear lights are pretty as well. 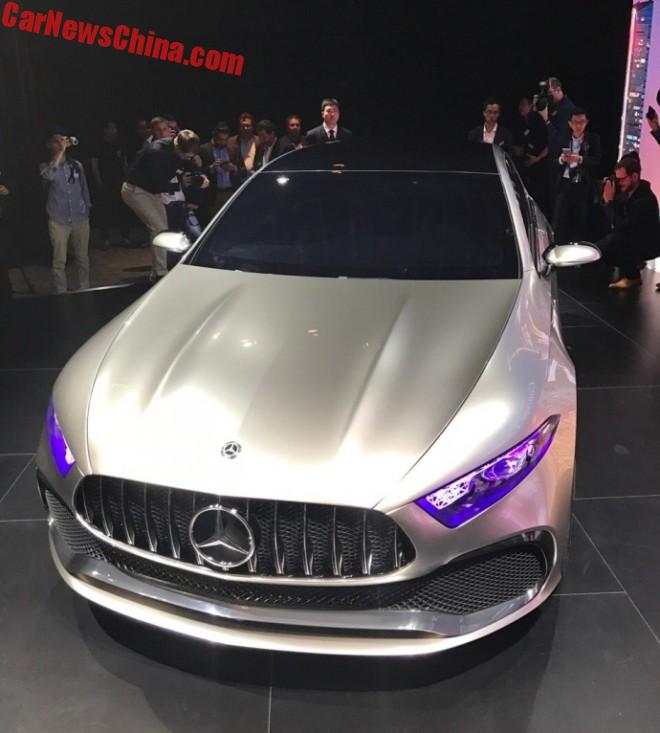 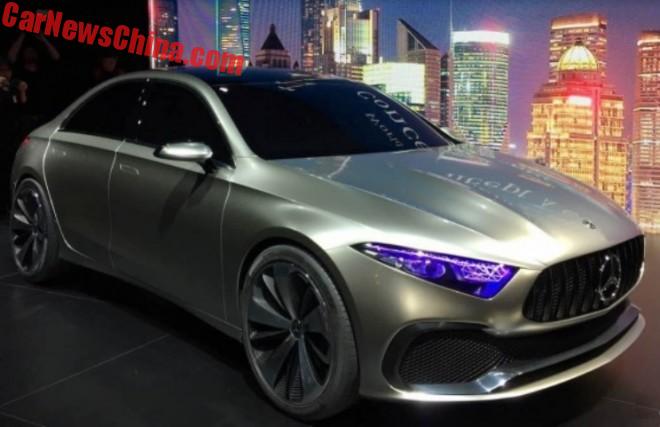 This Benz will start selling like crazy as soon as it hits the market. Sadly, it seems unlikely that the lights will make it to production,