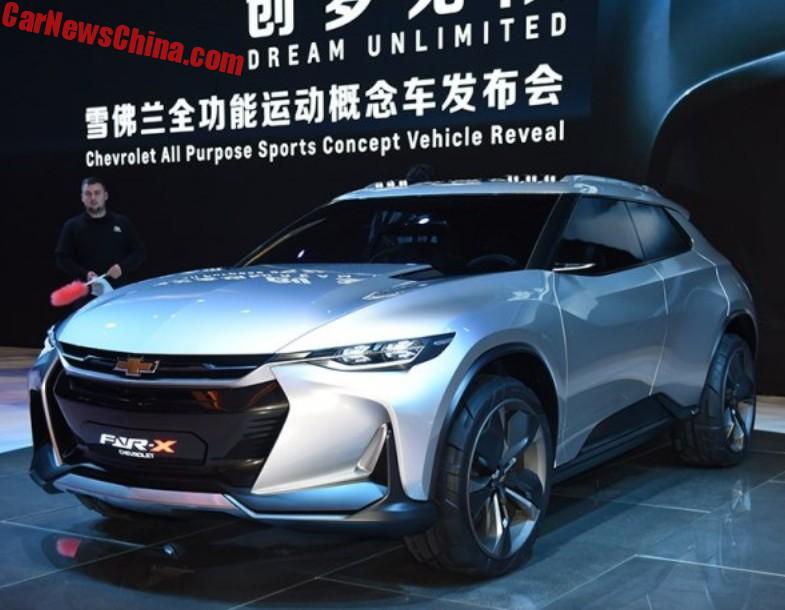 The new Chevrolet FNR-X has been launched on the Shanghai Auto Show in China, looking strong and sporty. Chevrolet calls it an all purpose sports concept vehicle. They also used the opportunity to unveil a new slogan; “Dream Unlimited”. It sounds better in Chinese. 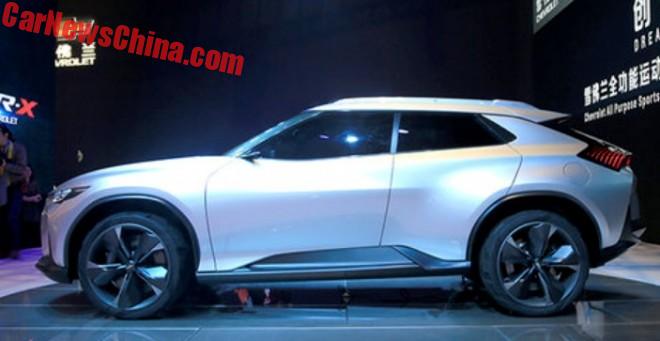 The FNR-X previews a crossover SUV that will hit the Chinese car market in 2018. It will be made in China by Shanghai-GM and positioned between the Captiva and the Equinox.

FNR stands for Find New Roads. The X is for crossover.  The FNR name, without the X, was first used for a crazy Chevrolet concept in 2015. 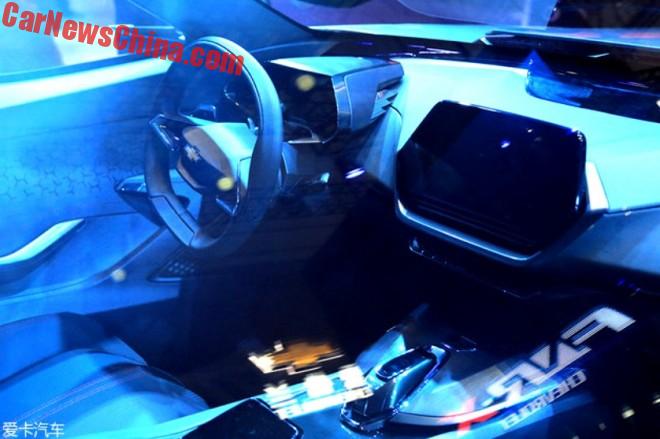 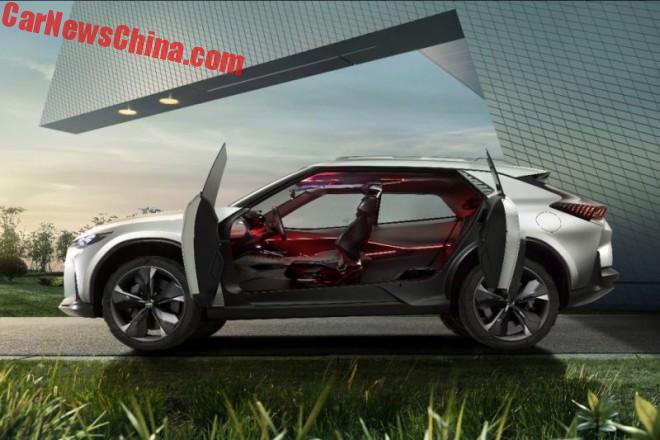 … the usual suicide doors and an interior with a lot of red light strips and four individual seats. Chevrolet says the concept is a four-wheel drive hybrid, without giving any other details, which most likely means there is exactly nothing under the bonnet. The concept, or so Chevrolet says, has adjustable ride height; low for the school run and high for drive thru.

The production car will have normal doors, a bench in the back, and will be powered by 1.5 turbo and 1.8 turbo engines, and probably something hybrid. The low-spec cars will be front-wheel drive and the high-spec cars four-wheel drive. 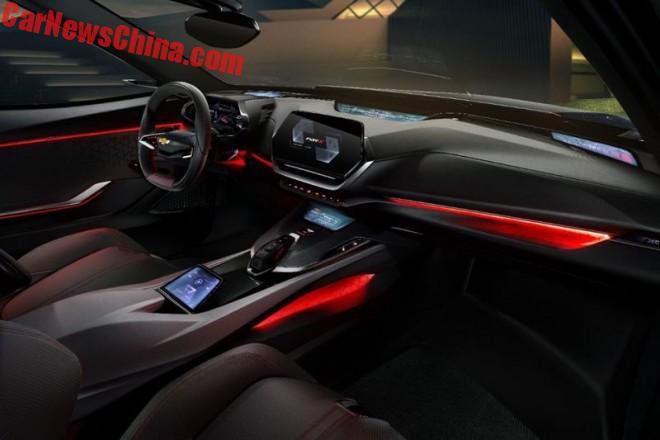 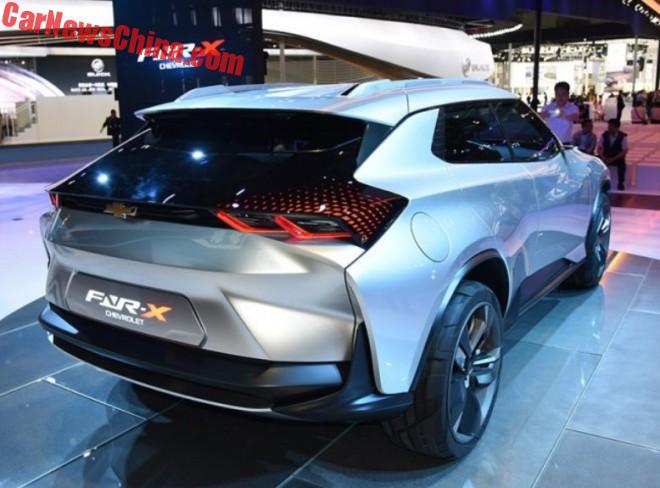 This thing has a lot of creases all over the place but somehow it works out very nicely. The FNX-R has been designed and developed by GM’s Shanghai design center. Initially it will only be marketed in China but GM won’t rule out export to other countries. 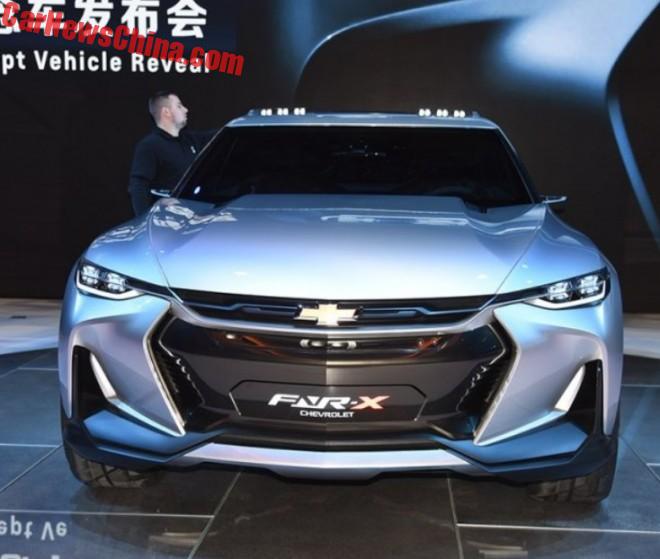 Great looking nose with Camaro DNA, very sporty, Air ducts on each side of the bumper for extra crossover down force. 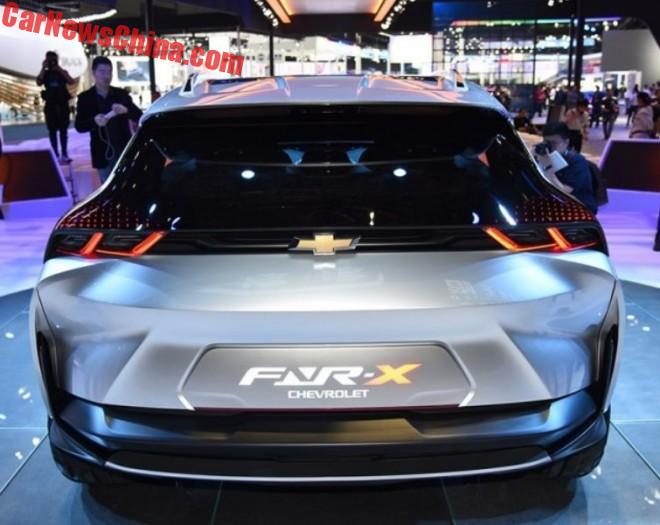 Chevrolet badge is interesting, like it sits on top of the line between the lights. 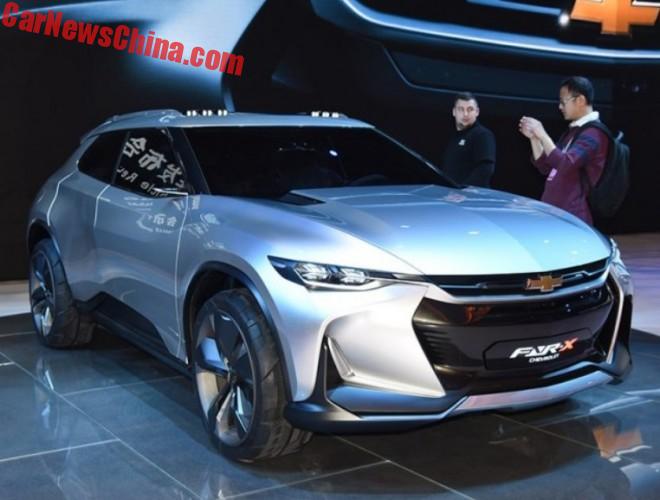 Sadly the production car won’t get these super wide wheels, but all in all the FNR-X is a very good looking compact crossover that will launch straight in one of the most booming segments of the Chinese market. Chevrolet should be able to ship a lot of ‘m.