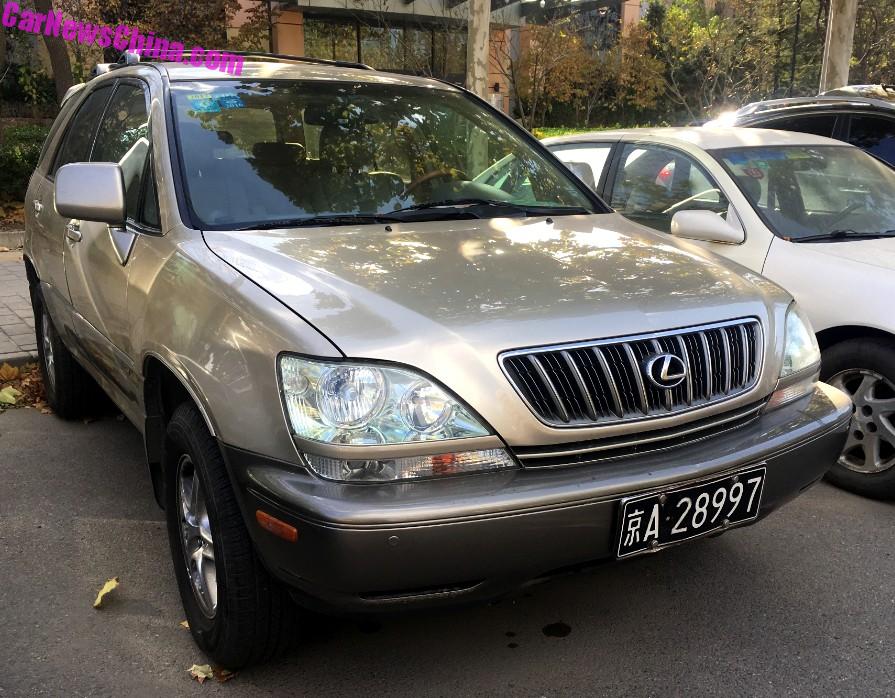 The RX300 has the V6 under the bonnet. Output was 220 hp and 301 Nm. The engine was mated to a four-speed automatic, sending power to all wheels. 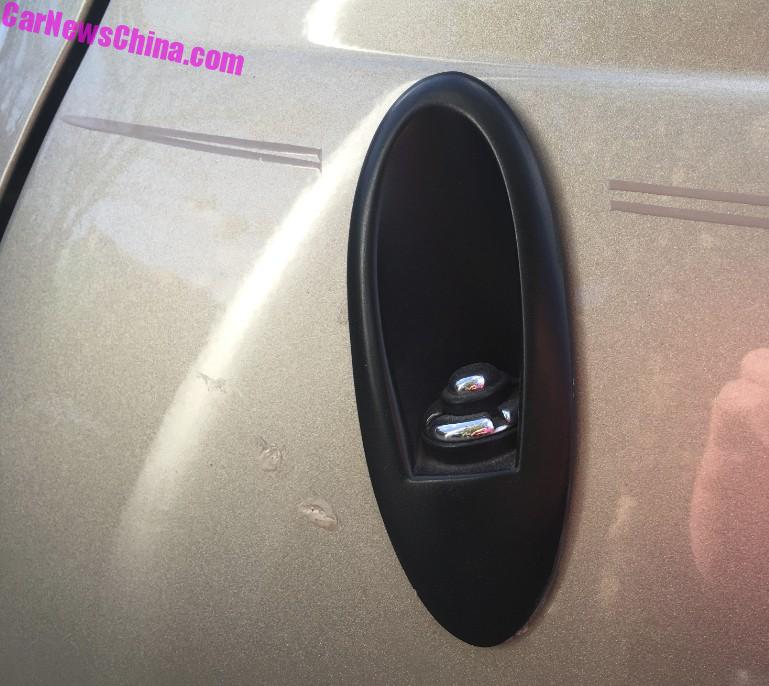 I really like how the integrated the antenna in the body work, just below the third-side window. 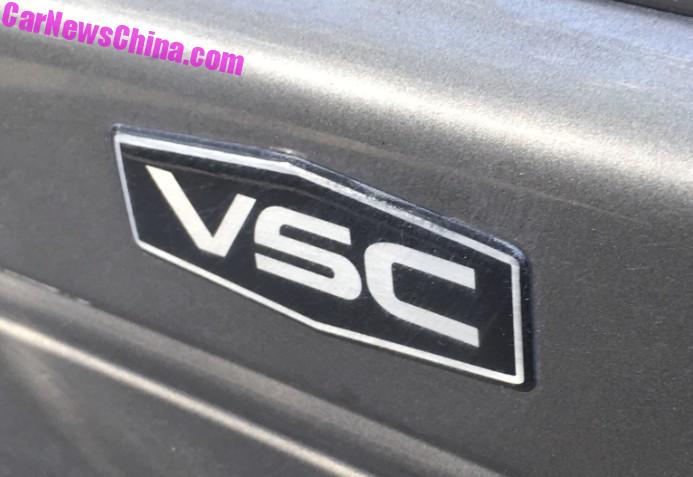 VSC badge on the front door. It stands for Vehicle Stability Control, which was standard on every RX. That was such a big thing in those days that it warranted a separate badge. 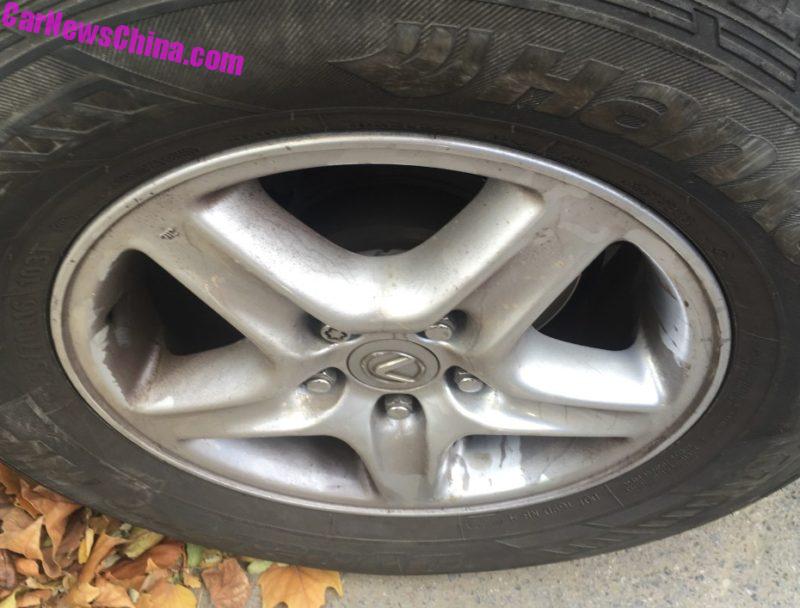 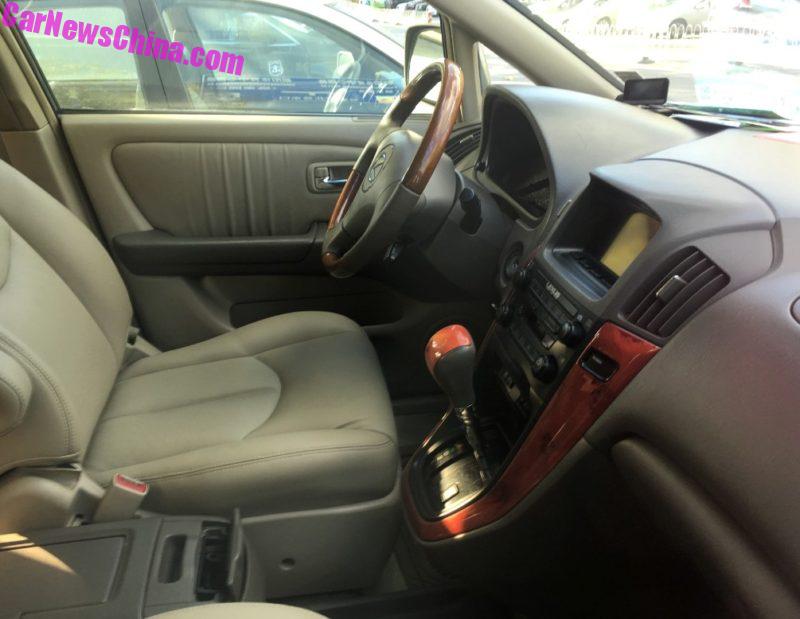 The interior was in perfect shape too. Leather as good as new, shiny wood, and everything was original. It had a CD-player and a cassette player. The enormous gear lever was mounted directly below the center stack. 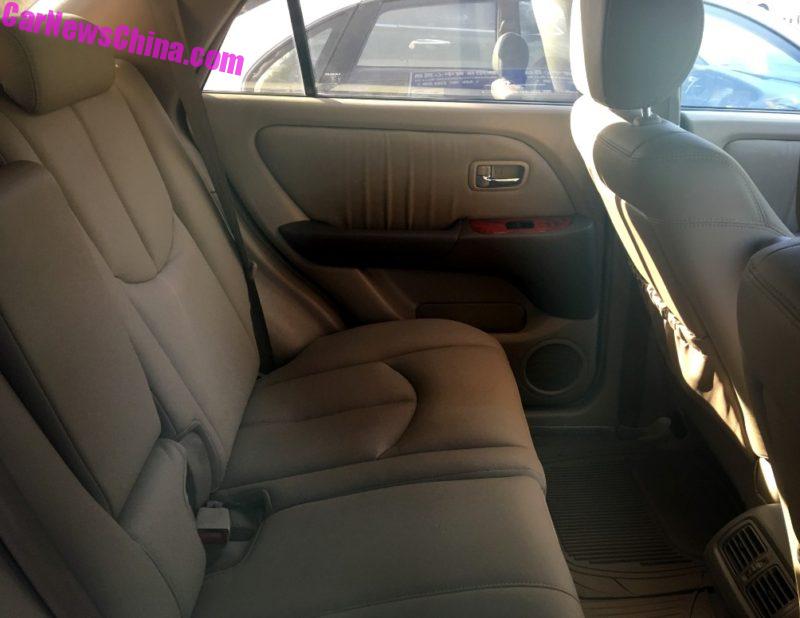 As if she rolled off the line yesterday. The owner must be really fond of his car, and we should thank him for keeping it in such a perfect shape. 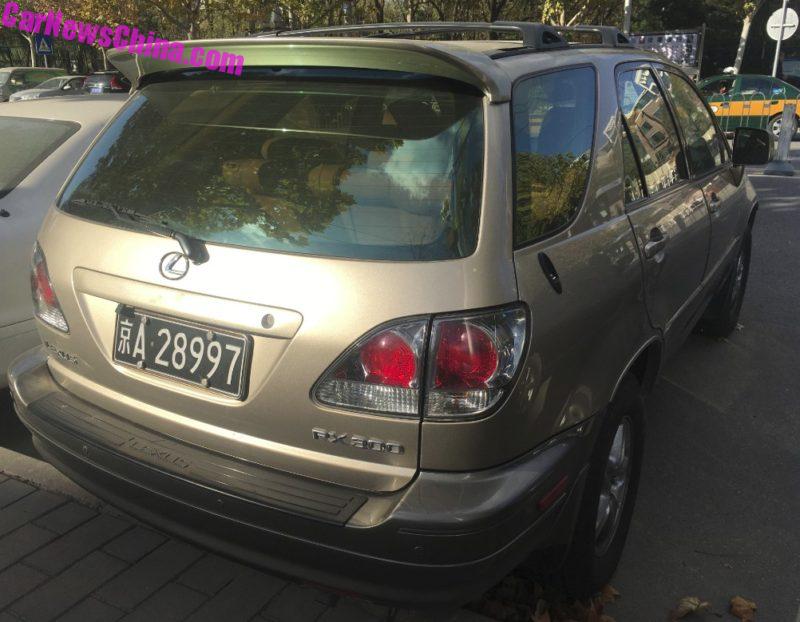 Nowadays, a black-plated car is counted just like all the others. The government does not issue new black plates anymore but those who have them can keep ’em until they buy a new car. When they do they will keep the number, but it will be on a standard-issue blue plate. 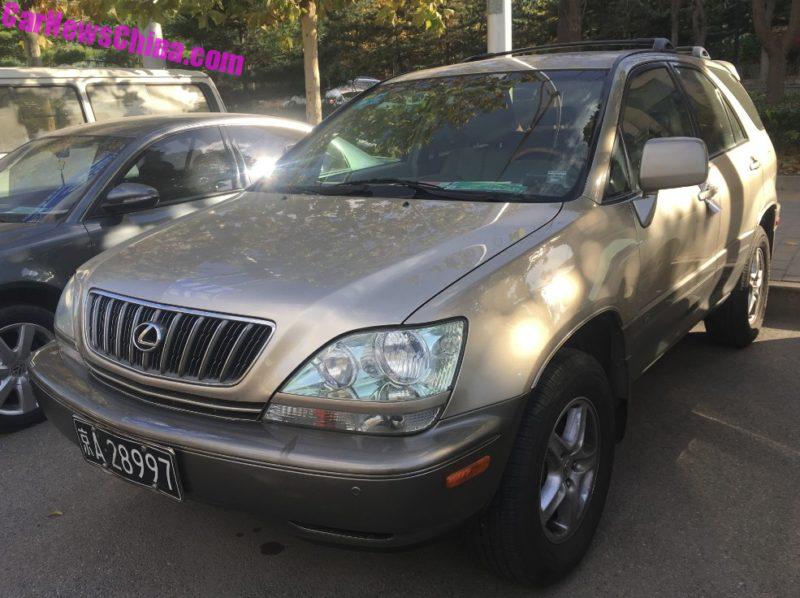 A beautiful brown Lexus in Beijing. May she she around a many years more.