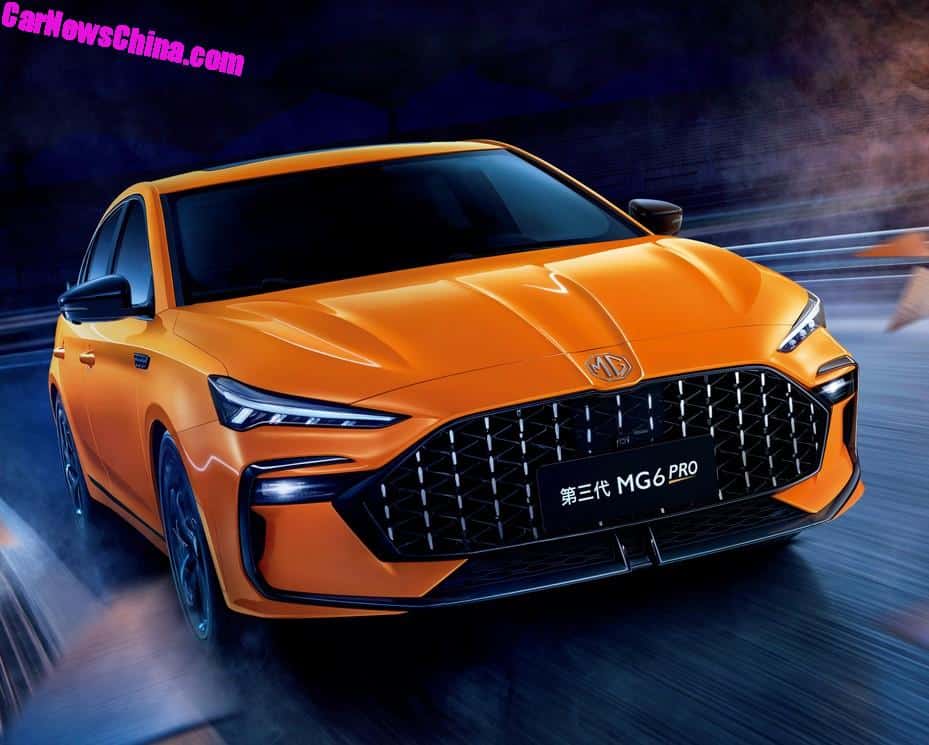 There are so many versions and variants and updates of the MG6 that we could start a separate website about it. We would have new content every day! But we don’t do that because most of the time they all look alike, our readers would get bored, leave, and never come back. This time, however, MG launches something a bit more special; the radical new MG6 Pro.

Front design is all new. Most striking is the new beak. It comes with a giant and very dark grille, a sporty front lip that runs upward and then inwards, on each side of the grille. There are super sleek headlights that gaze kind of mean, a second set of lights in a black frame connecting the grille with the lip, a new sculpted bonnet design with the MG logo fitted far at front, and finally we see faux air vents in the front fender. The exterior color is called ‘Bubble Orange’ and that is a properly cool name. This color was mixed especially for the MG6 Pro. 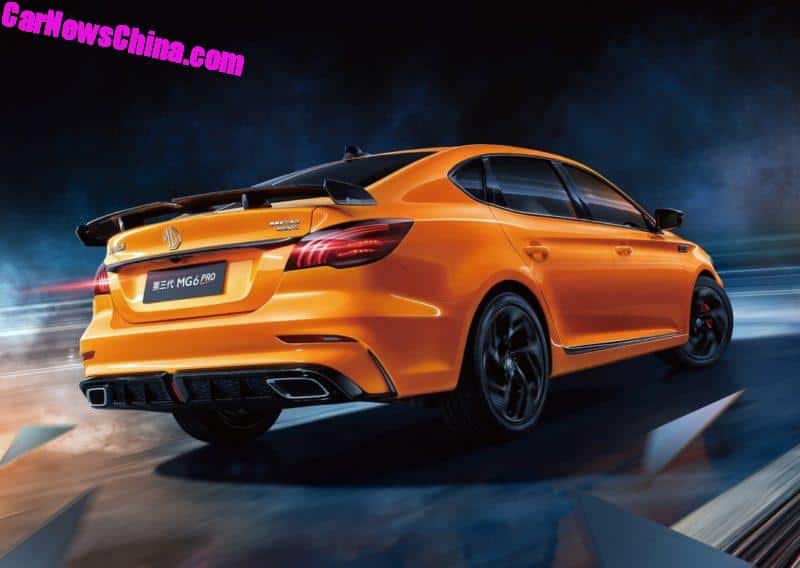 The rear is new too but not as mad as the front. The lower bumper comes with two large square shaped exhaust pipe tips, a diffuser, and a race-car styled fog light. The light units are fitted with LED lights but their basic design is unchanged. The rear wing is new too, and very racy, with an insert in the middle and curved side plates. 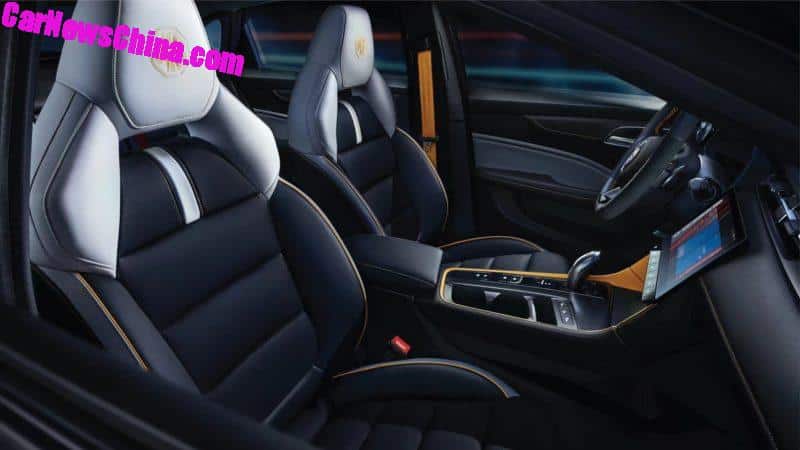 The basic layout of the interior and dashboard is the same as on the regular MG6. But the sporty two color seats are new and exclusively for the MG6 Pro. The Pro also comes with various bits painted in exterior color, like the stitching, seat belts and inside of the center tunnel. 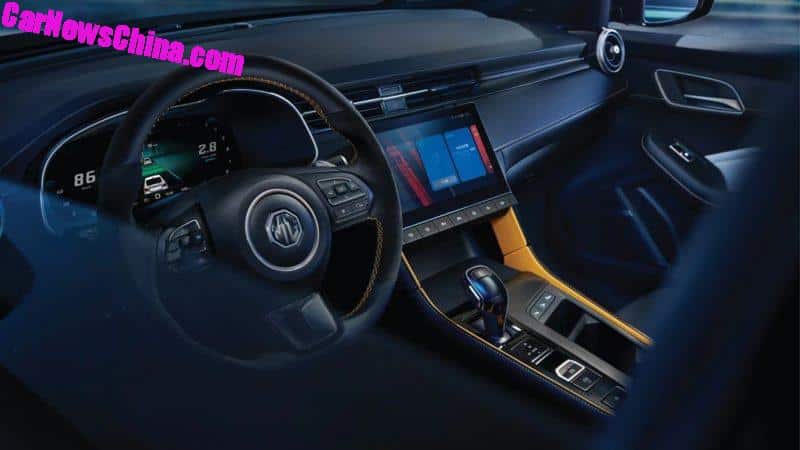 The main screen measures 10.1 inches and the instrument panel is fully digital. 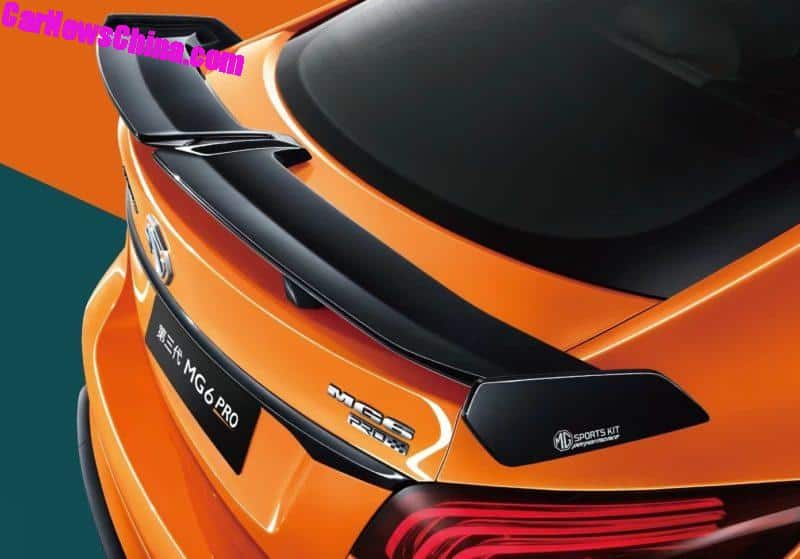 A closer look at the wing. The decal on the side plate says MG Sports Kit Performance. Yeah! Nice detail is the finish flag integrated in the Pro badge. 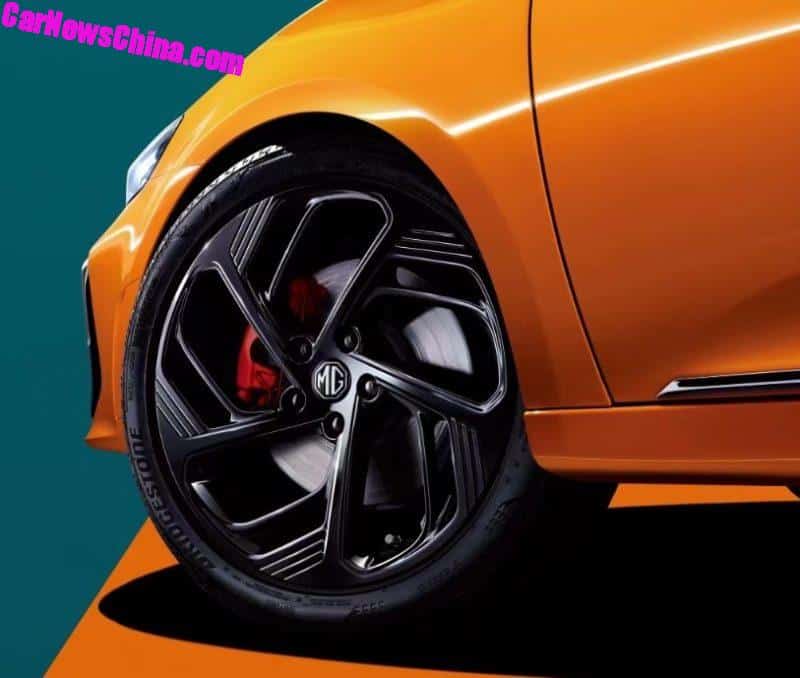 The alloy design is exclusive for the Pro too. Very kind-of-modern racy, with surprisingly small steel brakes with red painted brake calipers.

Surely, the radically looking super racy sport kit performance MG6 Pro has lot of more horses, right? No. Not right. The MG6 Pro has the same motor again, with the same output, mated to the same ‘box with the flappy pedals. That explains why it doesn’t have bigger brakes: it doesn’t need them. 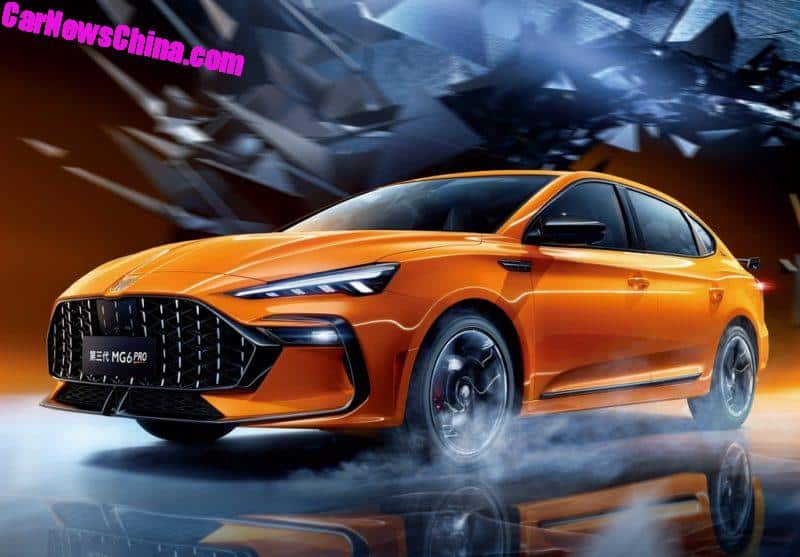 So yes, the new MG6 Pro is all about the looks. And that it does very well. Look at it riding on smokey lake under an alien sky, impressing with its beak and Bubble Orange paint. Pricing will be announced later this month.