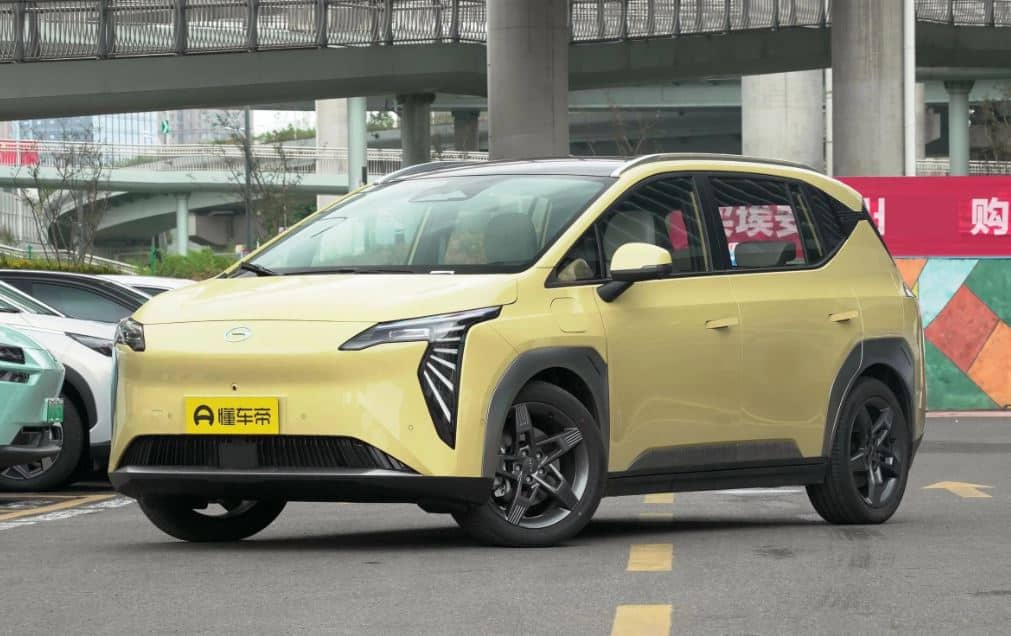 Not long ago, the 2023 Aion Y Plus was officially launched in China. Six trims were launched with a price range of 139,800 – 179,800 RMB (19,300 – 24,800 USD). As a compact SUV, the car has a dimension of 4535/1870/1650mm and a wheelbase of 2750mm. The Executive Editions launched this time were upgraded mainly for the configuration with a non-full-size spare tire, autonomous parking and remote control parking, advanced brake-by-wire system, and an optional comfort package that includes an electric tailgate and electronically adjustable passenger seat.

Customers can select from 10 body colors.

The Aion Y Plus comes standard with a 17-inch rim. The two-color 18-inch rim is optional.

The mint green interior is relaxing. Specifically designed for younger consumers, the designer hopes to bring green into the car to provide healing in today’s stressful societal environment, according to the carmaker.

The 14.3-inch central control screen has a computing power of 56.8k. Its 8-core computing platform improves the application switching response time from 0.8 seconds to 0.5 seconds.

Thanks to the 125mm increase in the car’s body length, the trunk volume is 39L larger than that of the current Aion Y.

The seats can all be put down.