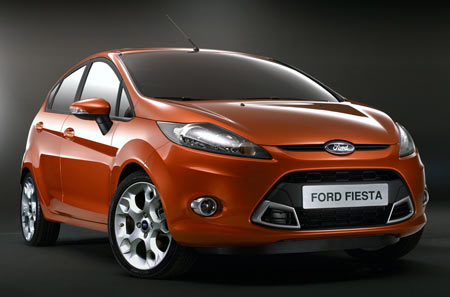 Ford Motor expects its China car venture to sell a record 305,000 Ford branded vehicles this year, up 32 pct from a year earlier, a senior company executive said on Monday.

And sales should grow at least as fast as the market in 2011, Richard Baker, deputy general manager of the venture’s sales arm, told Reuters ahead of the week-long Guangzhou auto show which opens to the public on Tuesday.

He also said he expected a limited impact on sales of the Ford Fiesta if China next year ends a tax incentive for small cars introduced in 2009.The tax break helped China overtake the United States as the world’s largest auto market in 2009 and continued to push up auto sales this year.

“The impact on Fiesta will last for a few months, but it will bounce back again,” Baker said.

Ford, the only U.S. automaker to avoid a U.S. government bailout and bankruptcy in 2009, is a relative latecomer in China, where General Motors (GM.N) and Volkswagen AG (VOWG.DE) have built up a lead.

But it has been expanding fast, building a green field car plant with partners Chongqing Changan Automobile Co and Mazda, where its next generation Focus will be made in 2012.

It also intends to raise its 30 percent stake in Jiangling Motors Corp (000550.SZ), a move which will help it make further inroads into the fast-growing light commercial segment.

“It makes sense for Ford to bring its Edge to China. Demand for SUV here has been rising quickly in the past years, especially among the growing crowd of fun-loving young urban professionals,” said Sheng Ye, associate research director at industry consultancy Ipsos’ Greater China region.