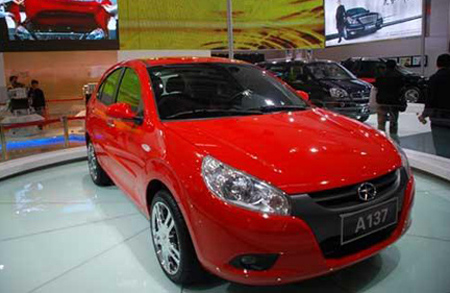 It signed a deal in August to export 620,000 ethanol-powered cars to Brazil in the next ten years.

In a statement on Wednesday, the company said it will send the second and third batches, 1,500 and 2,500 cars respectively, in January and February next year.
In August, the company announced it signed the Exclusive Distributor Agreement with Brazilian dealer SHC.

JAC Motors, among the top 10 Chinese carmakers, sought to break into the world No 4 auto market that has been long dominated by US and European automakers and has a high entry threshold.

She Cairong, deputy general manager of JAC Motors, said: “We should continuously broaden our global vision to gradually compete with global auto giants.”